After seven years of construction, the 34-mile-long bridge is set to open at the end of the year.

It will cut travel time from Hong Kong to Zhuhai down to 30 minutes from 3 hours. 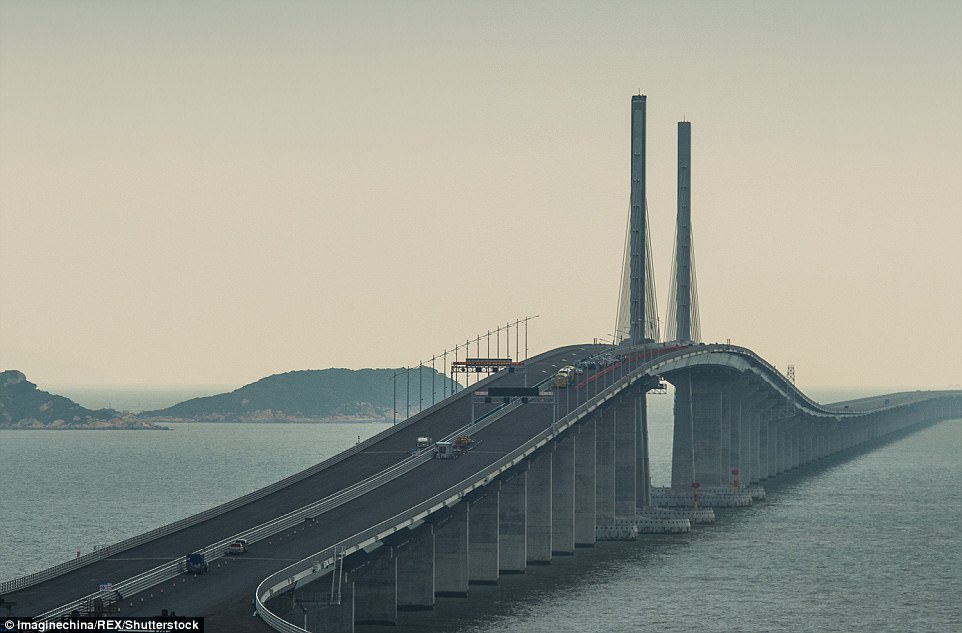 Zhu Yongling, director of the management bureau of the bridge has confirmed that the bridge will open at the end of the year.

The bridge used 420,000 tonnes of steel which is enough to build 60 Eiffel Towers.

It bridge’s total length is 55 kilometres (34 miles) making it 14 miles longer than the distance from Dover to Calais.

The bridge has cost some HK$ 112 billion (£12 billion).  Video footage shows the sheer size of the completed main structure. 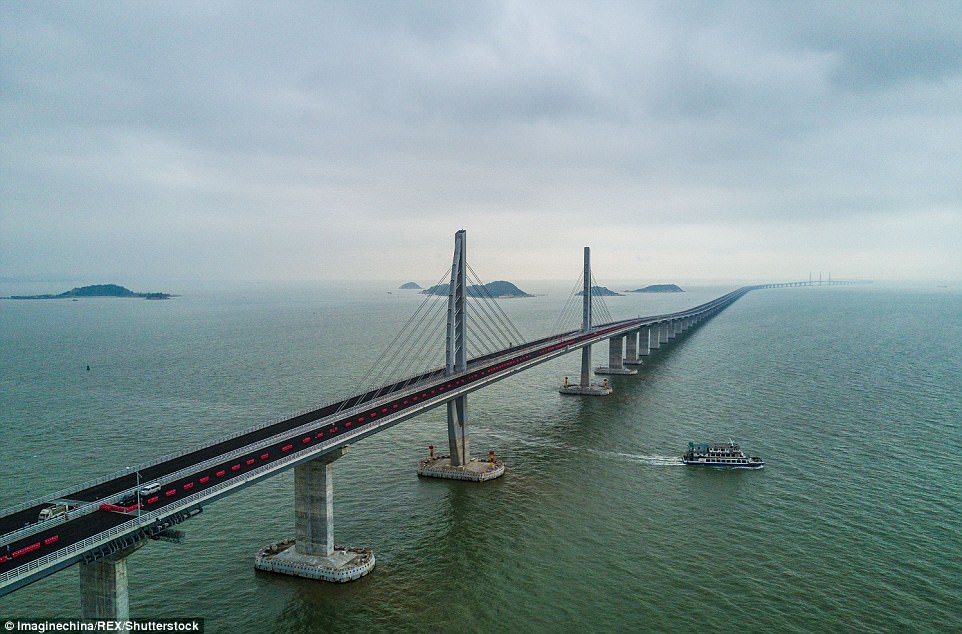 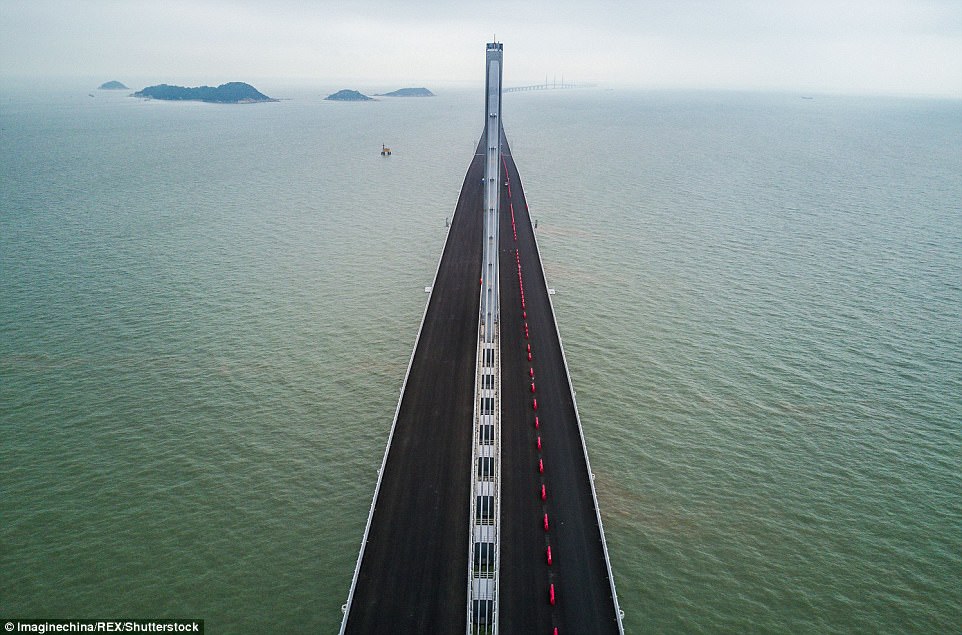 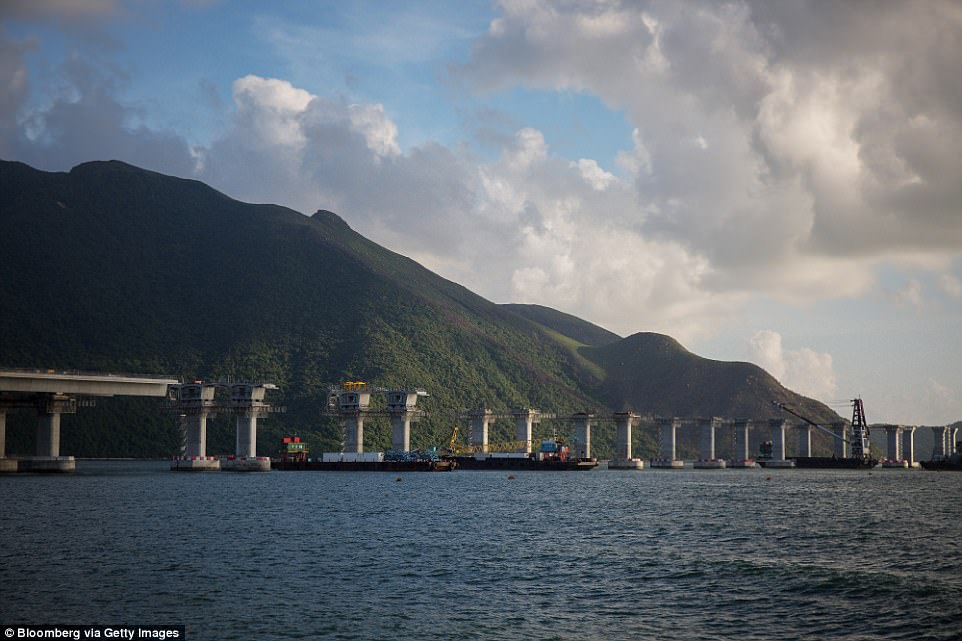 An ongoing project: The Hong Kong-Zhuhai-Macau bridge stands under construction in Hong Kong in 2015 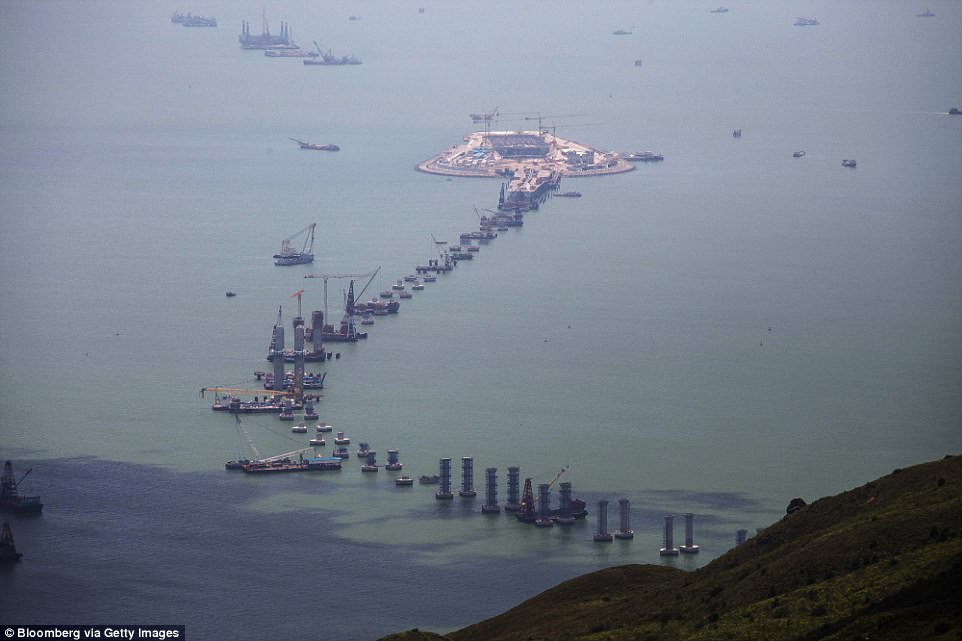 More construction to go: The bridge (pictured in 2015) as workers construct in the Pearl River Delta

Yin Haiqing, a leading engineer on the project told Xinhua: ‘Due to lack of experience, it took us 96 hours to lay the first tube in the ocean and many engineers and workers hardly slept for four consecutive days.’

The bridge will cut travel time between Hong Kong and Zhuhai from three hours to just 30 minutes.

However it hasn’t all gone smoothly. 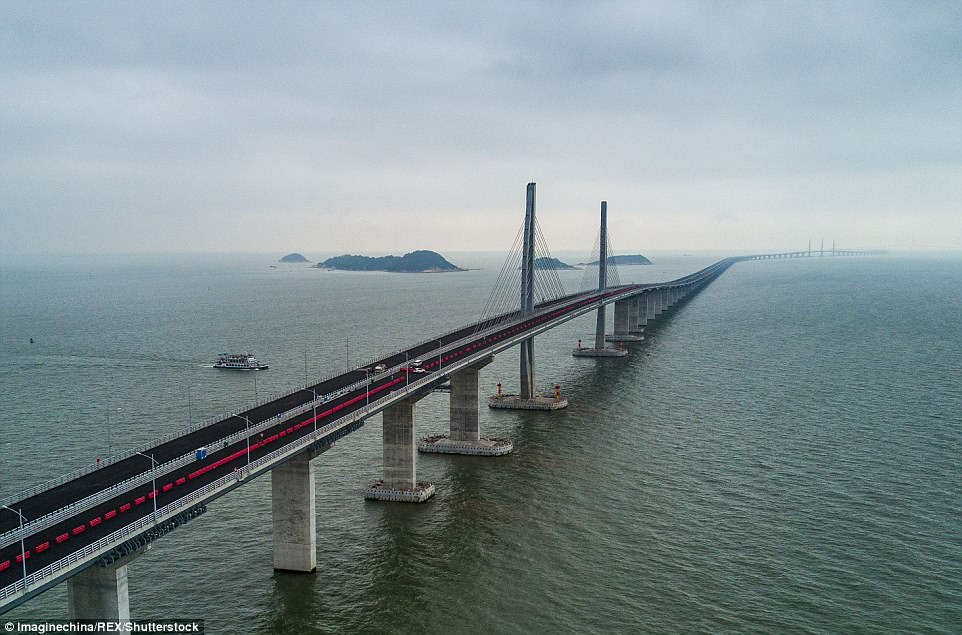 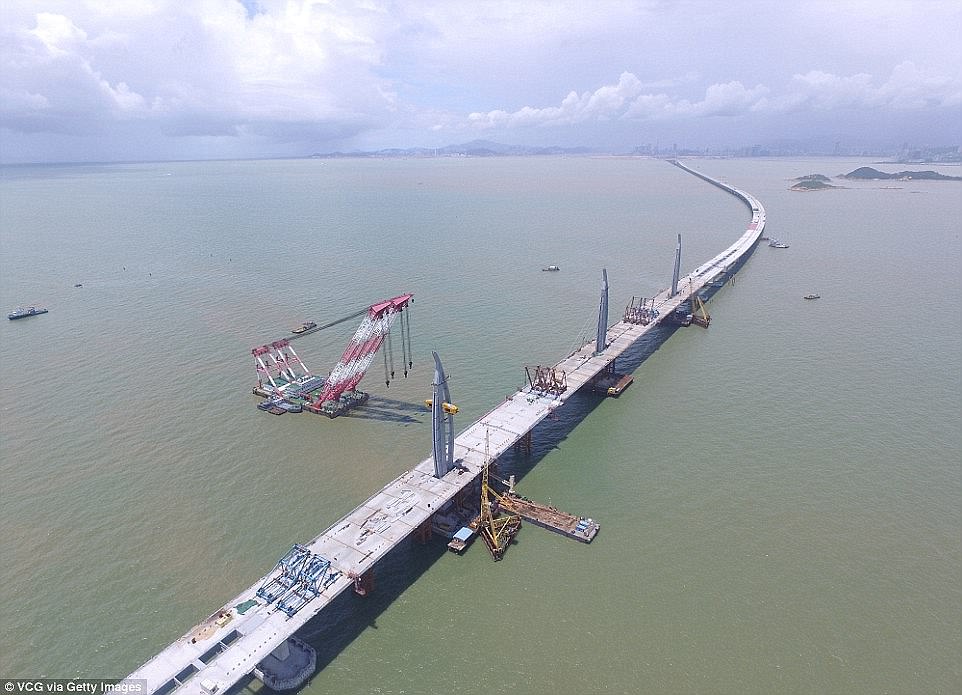 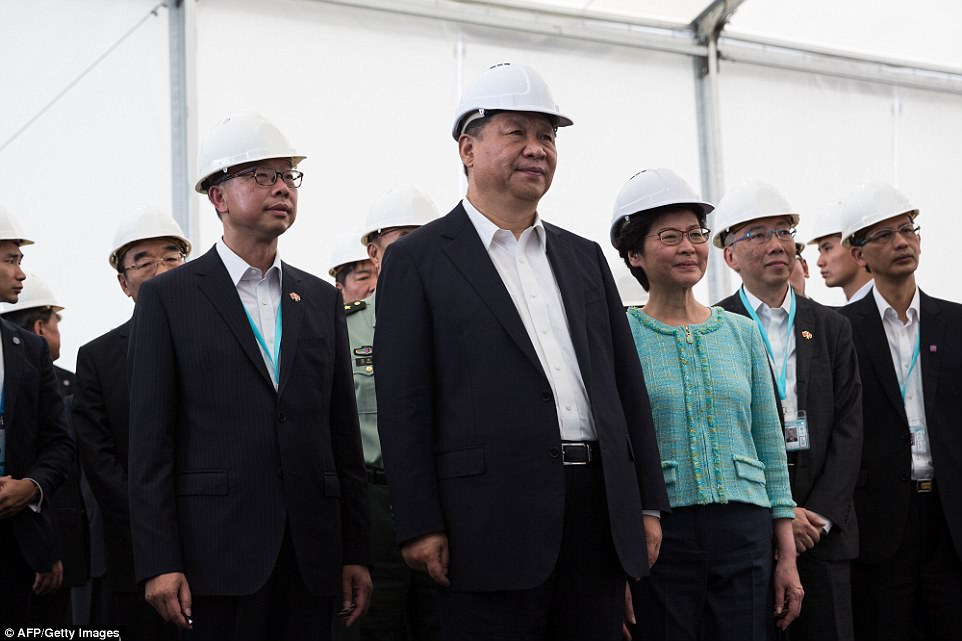 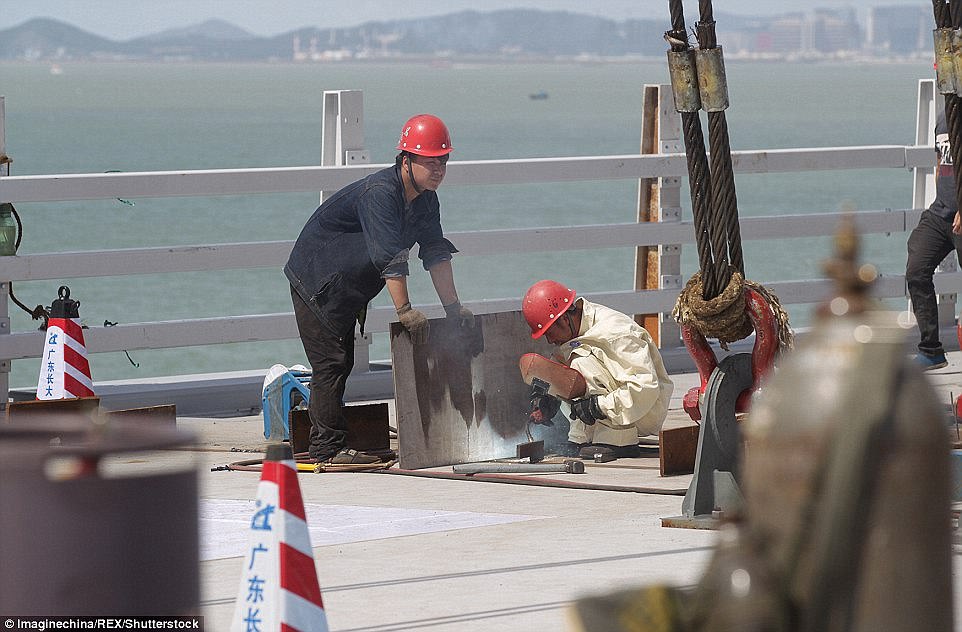 Seven workers have died and 129 have been injured since construction began in 2011. Most of them involved accidents where they slipped or fell from a high point. 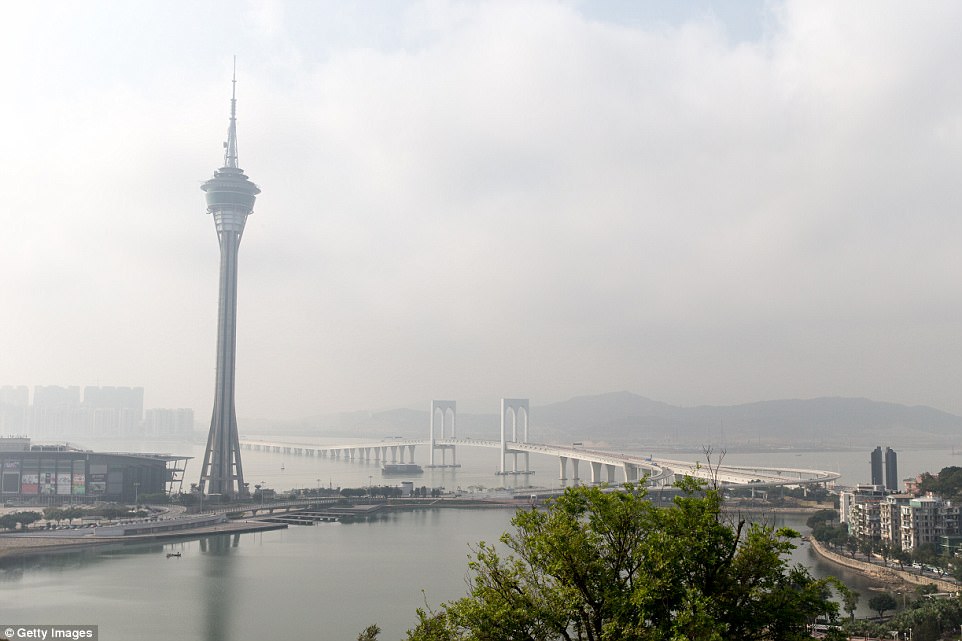 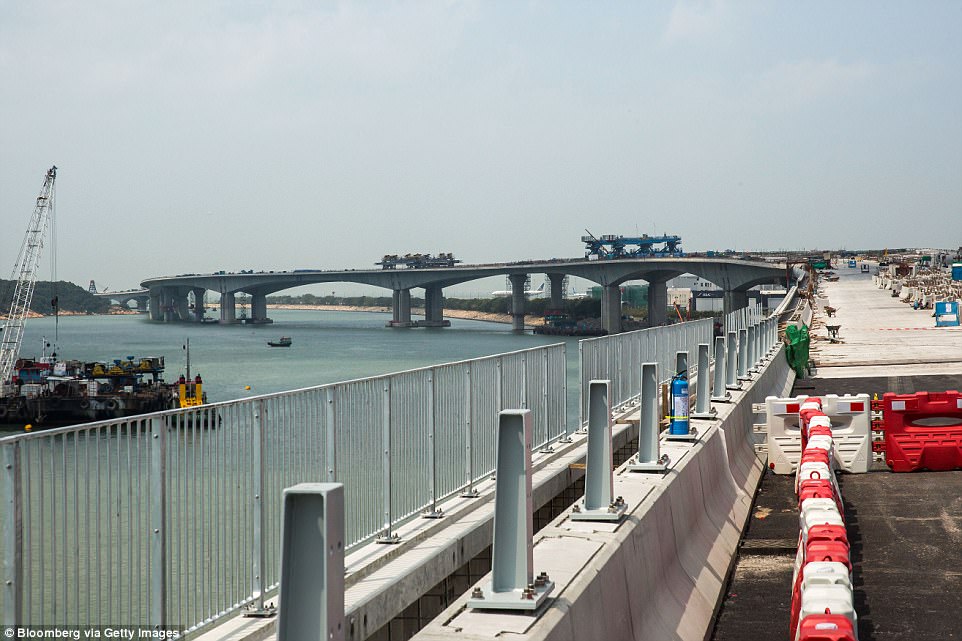 A section of the Hong Kong-Zhuhai-Macau Bridge stands under construction in Hong Kong, China, on March 28, 2017
By SOPHIE WILLIAMS FOR MAILONLINE
Daily Mail

The U.S. Embassy and Consulates in China issued a statement announcing the beginning of...

US china editor - 09/11/2020
0
On Nov. 9, the U.S. Embassy and Consulates in Beijing tweeted that the U.S. urges partner countries to resist China’s foreign intervention: The Chinese...

The astonishing speed of Chinese censorship

Social media editor - 08/01/2017
0
You have written something politically sensitive on one of China's "weibo" microblogging sites. So how much time passes before it gets deleted? And what...

The Pope of Vatican is Sending a Wrong Message to the World, especially to...

Religion editor - 04/08/2017
0
Pope Francis expressed his goodwill towards China despite their strained relations saying “he loves China and loves the people of China”. But the majority...

Pollution editor - 05/10/2017
0
China faces difficulties in meeting its smog-fighting target for this year, its environmental protection minister said during a visit to four heavily industrialised provinces...

Trade editor - 27/02/2019
0
The U.S. is pushing for a trade deal with China that includes “significant structural changes” to the Asian nation’s economic model, as well as...

Business editor - 26/08/2017
0
The Chinese government has launched environmental inspections that have halted factory production and disrupted business for many promotional product suppliers. In an effort to combat...

Guo Wengui editor - 13/08/2017
0
Guo Wengui - Everything is just Beginning - To 110000 Friends-May 12 Greetings! Respectable Internet Friends and Twitter friends: This is a thanksgiving video to my Twitter...

hong kong editor - 29/10/2019
0
In The Idea of a University John Henry Newman argued that the purpose of higher education was ‘to open the mind, to correct it,...

The Immaculate Deception -The Navarro Report

US china editor - 18/12/2020
0
"Peter Navarro, who serves as an advisor to President Donald Trump, on Thursday released a report, in his private capacity, on the integrity of...