In our old family album, there was only one photograph of my maternal grandma in her youth, in which she looked like a film star with her silk cheongsam and permed hair. Then, at her deathbed in 1998, I learnt that my beloved grandma had been a prostitute!

As this shocking revelation sparked an intense curiosity about prostitution, I started to see prostitutes everywhere. In the glow of pink neon lights, made-up women, their dresses as thin as cicadas’ wings, operate from massage parlours, hair salons or bathhouses, all fronts for brothels.

I decided to write a novel on prostitution in China. For a while, I volunteered with an NGO for female sex workers in Tianjin, a prosperous port city south of Beijing, where I discovered how massive the sex industry had become.

I blame China’s market economy for this phenomenon because, in the process of China’s transition from a planned to a market economy, women have shouldered too much of the burden and cost. This has driven some of the most vulnerable women into the flesh trade as it presents one of the few options they have. 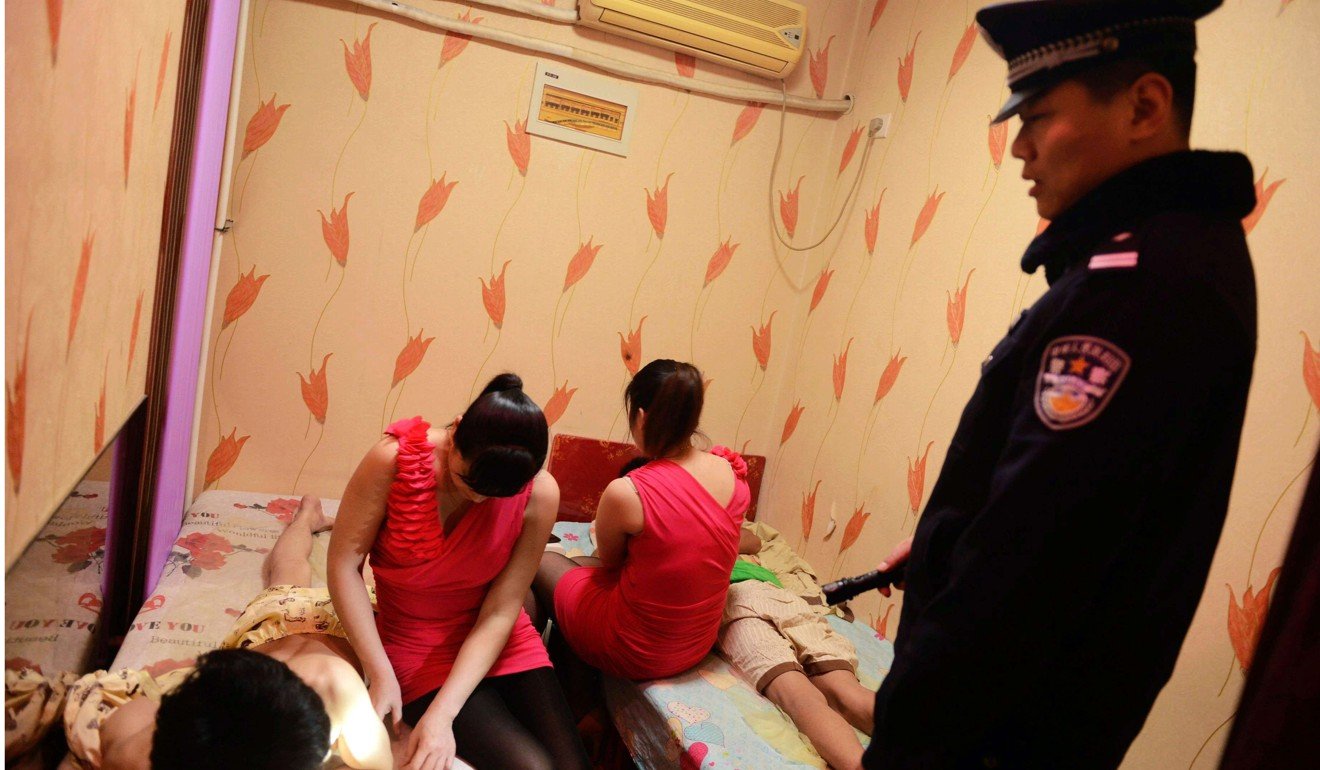 Having gained power in 1949, the Chinese Communist Party shut down the brothels and declared the oldest human trade eradicated. In the reform era, with growing wealth, relaxed social controls and a large mobile population, the sex industry has made a spectacular return – underground, of course, as it is still illegal. And the market economy has also placed women at a disadvantage. The income gap between genders has been widening. In 1990, urban women on average earned 78 per cent of what men did; the figure today has dropped to 67.3 per cent. Rural women fare even worse at 65 per cent.

The market economy has brought opportunities to women, particularly educated urban women, but also setbacks. The traditional attitude of viewing women as inferior to men, which had been repressed by Mao, has resurfaced with the economic reforms. Some companies set much higher recruiting standards for women, while others refuse to hire women of childbearing age. Female university graduates are having a harder time finding employment whereas, in the past, the government allocated jobs to graduates regardless of their gender. When the ailing state-owned enterprises laid off workers to become more competitive, women were always the first to go. 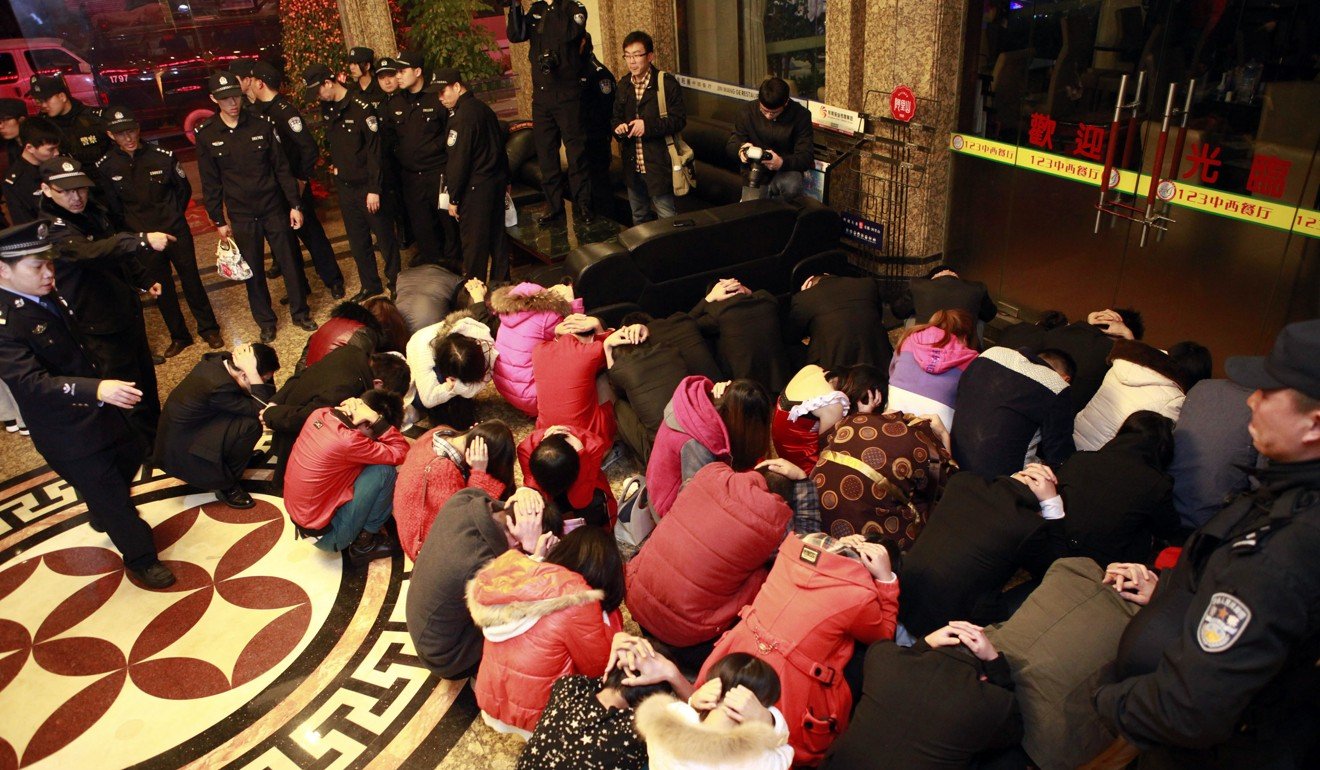 Lin Zhi, from Shenyang in China’s northern “rust belt”, was sacked from her factory job in the early 1990s. It was almost impossible for an unskilled middle-aged woman to find employment, yet she had to support her two children and a husband who had lost a hand in a work accident. So she travelled down to Tianjin where she found a job at a so-called bathhouse. Then, when she realised that her colleagues who provided sexual services could make a lot more money, she followed suit.

Unlike my grandmother, who was sold into prostitution, the vast majority of women enter the trade of their own accord, but often driven by desperate poverty or unfortunate circumstances: being abandoned by their husbands, having lost their jobs, falling seriously ill. Women serving the middle to low end of the market are typically rural, uneducated and unskilled women, with a few laid-off workers. They make up the bulk of the prostitution workforce. For some middle to high-end sex workers, prostitution is a lifestyle choice. Aware that their chances of securing a high-paid job are slim, a small but growing number of attractive university students offer themselves as mistresses to rich and powerful men, commonly known in China as ernai (second wife), effectively a modern-day concubine.

‘I trafficked women at a famous Hong Kong nightclub’

No one knows the precise number of sex workers in China as the topic is too sensitive for academic research. In 2013, the United Nations estimated there were four to six million, citing police sources. The consensus is that there are between four and 10 million sex workers in China. One thing is certain: prostitution has been on the rise in China since 1982, as described by Elaine Jeffrey in her book China, Sex and Prostitution.

The sex industry has become an increasingly important part of the Chinese economy. In an article published in 2000, Zhong Wei estimated that the sex trade contributes about 6 per cent of the country’s gross domestic product with annual consumption at 1 trillion yuan (HK$1.21 trillion). He also estimates that there are 20 million sex workers in China. This is a clear indication of growing gender inequality, accelerated by the market economy. Many vulnerable women bear the brunt of cold-hearted capitalism without seeing any of the benefits of socialism: the social safety net is so thin that it is all too easy for them to fall into prostitution.

My grandma was always grateful to Mao, mainly because she was upgraded from a concubine to a wife under the Communists “one wife” rule. She would be horrified to hear that millions of women are still doing the same job that she spent the rest of her life repenting.

Boy-girl friendship: Is it really possible?

8 Things in a Union That Are More Important Than Love