Chang is noted for her fiction writings that deal with the tensions between men and women in love, and are considered by some scholars to be among the best Chinese literature of the period. Chang’s portrayal of life in 1940s Shanghai and Japanese-occupied Hong Kong is remarkable in its focus on everyday life and the absence of the political subtext which characterised many other writers of the period. The poet and University of Southern California professor Dominic Cheung commented “had it not been for the political division between the Nationalist and Communist Chinese, she would have almost certainly won a Nobel Prize”.

Chang’s enormous popularity and famed image were in distinct contrast to her personal life, which was marred by disappointment, tragedy, increasing reclusiveness, and ultimately her sudden death from cardiovascular disease at age 74.

Chang was born Zhang Ying (張煐) in Shanghai. Chang started school at age 4. Besides her native Chinese, Chang studied and professed a high ability in English. Although she says her family was not religious, she graduated from an all-female Christian high school, St. Mary’s Hall, Shanghai in 1937.

In 1939, Chang was accepted to the University of London on a full scholarship, but because of the ongoing Second Sino-Japanese War, she was not able to attend. Instead, she studied English Literature at the University of Hong Kong, where she met her lifelong friend, Fatima Mohideen. When Chang was one semester short of earning her degree in December 1941, Hong Kong fell to the Empire of Japan. Chang made the decision to return to China. Her original plan was to finish her bachelor’s degree at Saint John’s University, but she chose to drop out after several weeks due to financial issues.

At the age of 10, Chang’s mother renamed her Ailing, a transliteration of Eileen, in preparation for her entrance into an English school. While in high school, Chang read Dream of the Red Chamber, one of the Four Great Classical Novels of Chinese literature, which would influence her work throughout her career. Chang already displayed great literary talent and her writings were published in the school magazine. The following year, she wrote her debut short novel at the age of 12.

Chang migrated back to Hong Kong in 1952, where she worked as a translator for the United States Information Service for three years. While in Hong Kong, she wrote The Rice Sprout Song, which was her first novel written entirely in English. She then left for the United States in 1955, never to return to mainland China again. Chang became a US citizen in 1960 and briefly headed to Taiwan for more opportunities, returning to the US in 1962.

In 1967, Chang held a short-term job at Radcliffe College. In 1969, Chang became a senior researcher at the Center for Chinese Studies of Berkeley.

In 1972, Chang relocated to Los Angeles. In 1975, she completed the English translation of Shanghai Flowers, a celebrated Qing novel written in Wu Chinese by Han Bangqing. Among her papers retrieved from the University of Southern California, the manuscript for the translated English version was found after her death and published.

Chang met her first husband Hu Lancheng in 1943, when she was 23 and he was 37. They were married the following year in a private ceremony. Fatima Mohideen was the sole attendee. In the few months that he courted Chang, Hu was still married to his third wife. Despite Hu being labelled a traitor for collaborating with the Japanese during the ongoing World War II, Chang continued to remain loyal to Hu. Shortly thereafter, Hu chose to move to Wuhan to work for a newspaper. While staying at a local hospital, he seduced a 17-year-old nurse, Zhou Xunde (周訓德), who soon moved in with him. When Japan was defeated in 1945, Hu used another identity and hid in the neighboring Wenzhou, where he married Fan Xiumei (范秀美). Chang and Hu divorced in 1947.

While in MacDowell Colony, New Hampshire, Chang met and became involved with the American screenwriter Ferdinand Reyher, a native of Philadelphia, Pennsylvania.[18] During the time they were briefly apart in New York (Chang in New York City, Reyher in Saratoga), Chang wrote to Reyher that she was pregnant with his child. Reyher wrote back to propose. Although Chang did not receive the letter, she telephoned the following morning to inform Reyher she was arriving in Saratoga. Reyher had a chance to propose to her in person, but insisted that he did not want the child. Chang had an abortion shortly after. On August 14, 1956, the couple married in New York City. After the wedding, the couple moved back to New Hampshire. After suffering a series of strokes, Reyher eventually became paralyzed before his death on October 8, 1967.

On September 8, 1995, Chang was found dead in her apartment on Rochester Avenue in Westwood, Los Angeles, by her landlord. That she was found days after her death testifies to her seclusion. Her death certificate states that she died from cardiovascular disease. According to Chang’s will, she was cremated without any memorial services and her ashes were released into the Pacific Ocean.

More than 20 years after she died alone in her Los Angeles apartment in 1995, Shanghai-born Eileen Chang has a cult following that started in Hong Kong and Taiwan, spread to the mainland and then the English-speaking world.

Her international reputation is likely to be further cemented by the English-language publication of Little Reunions, which was written in 1976 and first hit shelves in Chinese in 2009. Translated masterfully by Jane Weizhen Pan and Martin Merz, it is published by New York Review Books, which also boasts other Chang works  Love in a Fallen City and Naked Earth in its catalogue.

Little Reunions is Chang’s most autobiographical work, and probably the best for interpreting how she viewed her own life. Julie Sheng, the novel’s heroine, is more than loosely based on Chang and the upheavals she experienced before leaving her home in Hong Kong for the United States in 1955.

Like Chang herself, Julie is born into a complicated family in Shanghai and struggles with the social and moral impli­cations of China’s transition from imperial rule to modernity. Also like Chang, Julie goes to study in Hong Kong, but her life there is disrupted by the Japanese invasion in 1941.

Growing up in 1930s Shanghai: Hongkonger’s memoir of soirees, school days, a shooting and some Black Swans

Although only the first two chapters of the novel are set in Hong Kong, they offer a remarkable glimpse of life in the city at that time. Not only are we offered vivid descriptions of bombings and the difficulties of the occupation, but we also learn that mainlanders were already facing sidelong glances when they spoke Mandarin in public. And the scenes set at the old Repulse Bay Hotel will make many readers ache for that landmark, demolished in 1982. 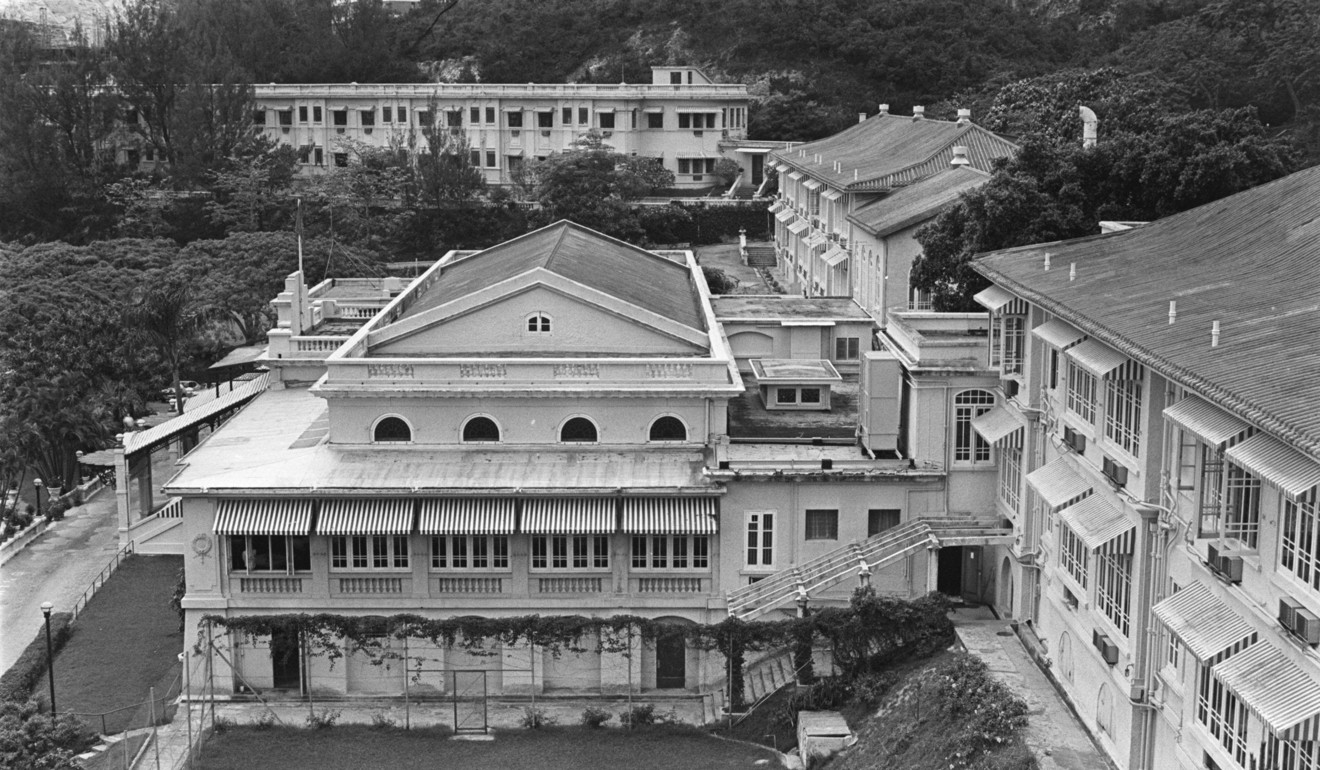 Despite the war, Chang’s Hong Kong is a cosmopolitan place where greater freedom, when compared with the mainland’s stifling morality and intellectual constraints, allows free-thinking individuals to blossom.

Again like Chang, Julie returns to Shanghai, with the war raging across China, and lives through the Japanese defeat, the civil war and the Communist takeover. Julie’s reactions to these momentous events closely follow those of the writer, as does Julie’s growing estrangement from her family, her complicated love life and her budding career as a writer.

Julie also has a bad relationship with her father, a patriarchal figure who reluctantly divorces his rebelliously modern wife and takes a concubine, which also echoes Chang’s experiences. The father then locks up Julie after she has a fight with the new mistress of the house. Imprisonment by her father and her subsequent escape left Chang scarred and she often returned to this experience in her writing.

Essentially, Little Reunions traces the life of a woman who starts out full of potential in Hong Kong, only to see her aspirations thwarted by war, and to suffer a painful, doomed passion for a man too enamoured with himself to be kept as a husband for more than a few years. 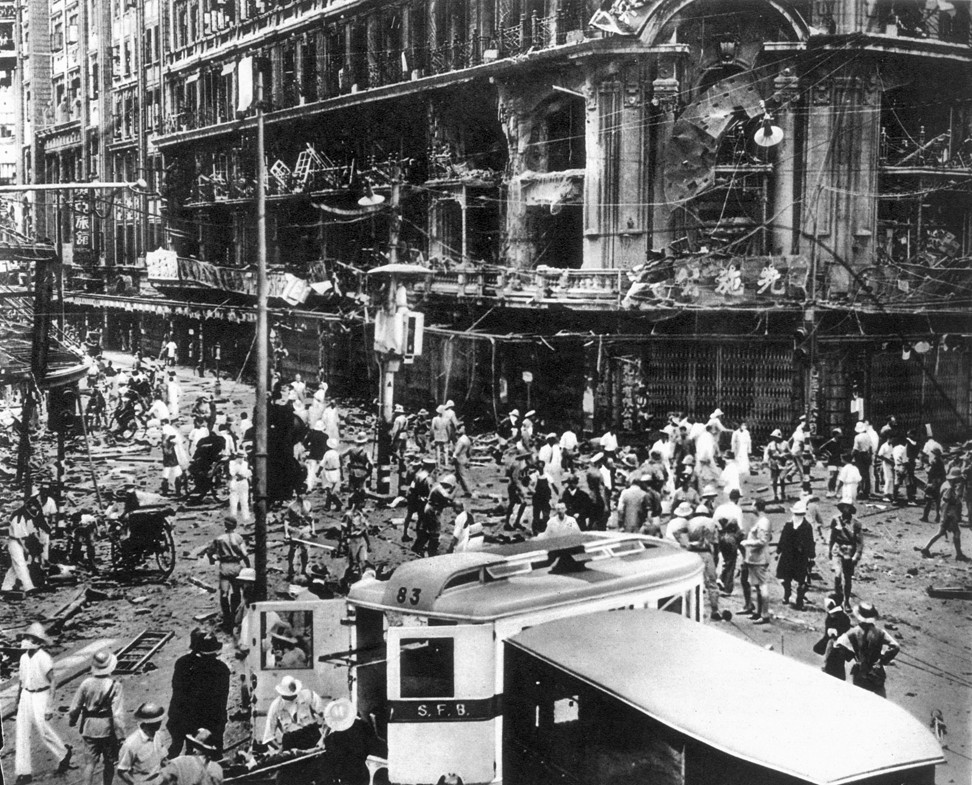 While it is not one of Chang’s easiest works (the plot is less linear than, say, her more fast-paced Half a Lifelong Romance and Lust, Caution, both of which made it to the big screen), Little Reunions is a rewarding read.

The many characters making brief appearances mean the who’s who list at the end of the volume is a lifesaver, and readers will be forgiven for occasionally wondering who exactly is doing what. But the main protagonists – Julie herself, her fabulously histrionic mother, her secretive aunt Judy and Shao Chih-yung, her infuriatingly self-absorbed and disloyal first husband, whom she loves against all reason – are sketched with clarity and Chang’s trademark grace.

Book review: Eileen Chang’s vivid recreation of life in China in the 1930s

Other distinctive Chang traits in the novel include the use of many simultaneous layers that add depth to the narra­tion, and while historical turmoil influences every decision made by Julie, Chang never weighs the book down with lengthy descriptions of the political situation. The Japanese invasion, the civil war and the Communist victory are like pictures hanging on the wall – permanent fixtures in the background.

Cangue and The Rice Sprout Song, where family cruelty, particularly towards women, is breathtaking, in Little Reunions a more mature Chang gives greater space to indivi­dual characters’ motives and desires, to their weaknesses and their regrets. These are usually exposed only in passing, as one small reunion after another reveals the causes behind many incomprehensible actions – even if these epiphanies come too late to make a difference.

Chang came from a once-wealthy family closely associated with the imperial era: her paternal grandfather, Zhang Peilun, was a 19th-century naval commander and government official, and her father a small-time official who seemed less than happy about the republican era.

Life in post-war Hong Kong: a first-hand account by a famous Scottish author

The writer kept publishing, and enjoying her growing fame, under the Japanese occupation and never showed any enthusiasm for the Communists, displaying outright hostility to any political decrees on literature and social life. In Little Reunions, for example, the arrival of Communist China is illustrated only by some characters losing their jobs or having to go into hiding, while the more entertaining press gets shut down or “reformed”.

For a woman who adored fashion, make-up and interior design, the revolutionary sobriety imposed by Mao Zedong’s victory must have been stifling, if not downright offensive. Chang’s absolute modernity, and her dislike for convention and political expedi­ency, are partly responsible for the glacial speed at which the main­land has embraced her writing: she was a Chinese writer, but a bilingual one, writing in both Chinese and English.

Most of all, though, on the mainland she remains somewhat infamous for her marriage to the writer Hu Lancheng, a Japanese collaborator active in the occupying force’s propaganda ministry. While their relationship was the source of much suffering for Chang, the fact that she was married to a collaborator made her a politically sensitive figure.

Times have changed, however, and Chang is now starting to be recognised as the important literary figure that she is.