Rich and powerful Chinese men collect trophy women—not wives but mistresses—two or three at a time. A look at just where and how they live.

A friend attended a work-related banquet in China recently. Seated at the same table were several men who were executives of Chinese state-owned enterprises. As bottles of Hennessy Cognac and jet-fuel-like baijiu were opened and quickly consumed, the topic of conversation awkwardly jostled from work to geopolitics to the price of Apple’s latest iPhone. One executive, his face glowing red from the night’s imbibitions, said he needed to buy one because his mistress demanded it. In fact, she was texting him about it as he spoke. He held out his phone’s lit screen as proof, new messages still incoming on his WeChat account.

Pouring out of the man’s mouth were words of complaint, but they were part of the act. The other guests at the table teased him about not being able to rein in his girl; after all, who was she to be nagging him when he was out with friends? This led to a discussion about how they maintained their ernai, sannai, sinai—second wives, third wives, or even fourth wives. They had finally found something they could all talk and laugh about.

It is not just the men in China who are open about their extramarital solicitations. Mei, a girl in her early twenties living in Shenzhen, has no occupation. She lives alone in an upscale two-bedroom apartment, a far cry from her family’s farmhouse in Zhejiang province. As she reached into her white leather Prada handbag, she offhandedly remarked, “This is a gift from him, so I know it’s not fake.” Out came her smartphone, on which she flipped through pictures of her residence. Everything was white as bleach. “Pure,” she teased, “like me.”

Mei went to Shenzhen shortly after she turned 18 to work for a relative’s import and export business. She had completed high school but never attended university, and felt that the rhythm of office work did not suit her. Eventually, to her parents’ chagrin, she began taking shifts in a karaoke bar, but did not tell them that she was actually working as a hostess. Months later, while on the clock, she met a man over 20 years her senior. He told her that he worked for the Chinese government, and they began seeing each other privately whenever he was in town. After several dates, he bought an apartment for her to live in—though the property is in his name—and began to provide her with a monthly allowance of “around ¥25,000” ($4,020) by depositing cash into a bank account for her to withdraw.

That high-powered professional men have illicit affairs is not an uncommon occurrence anywhere in the world. However, whereas an affair might be a secret elsewhere, Chinese men support multiple women, in part, to flaunt openly their wealth and social status.

In January 2013, the Crisis Management Center at Renmin University in Beijing published a study stating that 95 percent of corrupt Chinese officials arrested in 2012 had extramarital affairs. In a country where only 80 baby girls are born for every 100 baby boys, young available women are perceived as a rare commodity, and hence are hoarded by the affluent.

It is illegal in China for a government official to keep a mistress, yet this has not tempered the trend. The apartment complex where Mei lives is home to other women in similar setups. With the abundance of mistresses kept in China’s first-tier cities, the women often demand housing in the same areas, so that they can socialize with other mistresses. After all, these women are young and have no need to work, so they pass the time by spending hours together, gossiping and daydreaming about the future. These neighborhoods are known as ernaicun, literally “mistress villages.” But ernai is an old term, not exactly derogatory but certainly lacking in regard, so Mei prefers to call herself a “girlfriend.” Her benefactor is simply “him,” “my man,” and sometimes even “lover;” but not “boyfriend,” and never “husband.”

Real estate was a hot investment for the moneyed of China, but as the market cooled down in many cities, flats were left empty. As such, they were perfect vessels to house the mistresses of wealthy men. Hair and nail salons, foot massage parlors, boutiques, and coffee shops sprung up near housing estates popular with the mistresses, supported by cash that came from apparatchiks and executives elsewhere in the country.

Just as the men see their affairs as prizes to be bragged about, the women too have developed a hierarchy based on who their benefactors are. Mei’s keeper is a bureaucrat from Guangzhou, so naturally she became the queen bee in her club of concubines. Other members of her club are from all over the country, and are the mistresses of businessmen and officials from both Hong Kong and Mainland China. Some started out as karaoke bar hostesses like Mei, or worked in massage parlors. Others are or were university students who met their men online. With their education backgrounds and skill sets, they do not believe there are jobs anywhere in China that match their current income. However they ended up in Shenzhen, Mei says they all understand their roles are simultaneously trophy and ego booster, prostitute and companion.

Sex is a major vector in the relationships, but there are emotional attachments as well. Mei and her friends stay in touch with their “uncles” daily through messaging apps like WeChat, or chat clients like QQ. Some do it as an act, to maintain the façade of emotional entanglement, but Mei thinks that most of the girls she knows do genuinely care about the men they see, even though the arrangements are motivated by financial hardship: “It’s more than just sleeping with them. We go to nice restaurants and spend quiet evenings together, and they really share what’s on their minds. They are just looking for the intimacy that they do not get elsewhere.”

These men are tied to the women’s short-term monetary well-being, so Mei and her friends have learned the etiquette of being a mistress in China: be pretty and presentable, but not over the top; be youthful, but not overtly naïve; be jealous of other women, or act so; and most importantly, be a fantasy.

Even with all her comforts and a constant, tugging ennui, Mei knows the risks that she faces as an ernai. “I might be beaten up or shamed in public if his wife finds out about me, but that is unlikely and this is the best I can do for myself right now,” she said. “It is a good way to save money, and when I finally go home I can get married and start my own business. We like each other, and I think he’s proud of me, but I’m not a xiaosan, so I know it will end some day.” Xiaosan is literally “third person,” or a home wrecker. When asked if she might miss him, she shot back, “No!” Then came a moment of hesitation, and Mei chimed, “Maybe just a bit.”

When rich and powerful Chinese men move to Southern California, they not only bring their families, but they bring their mistresses along as well. In fact, so many mistresses of wealthy Chinese elite have moved to the area to be with their lovers that some California towns have been referred to as “Mistress Villages.”

Arcadia and Rowland Heights in the greater Los Angeles area are the two most famous “Mistress Villages” in the U.S. Many media cite the words of neighbors and passers-by and say the concubines in these two places usually live a secluded life and are generous. However, the “witnesses” could not give proof of their description. Due to the secluded life of the “concubines” media could not truly interview the “concubines”.

Relatively convincing proof might be from some individual real estate agents because they have chances to know the property buyers’ status. A real estate agent has told Chinese media that most of the buyers are Chinese people. Most of the houses ont the streets that the agent is responsible for are rented to the girlfriends of “those people” (Chinese rich men). Some of them do not only have one girlfriend but multiple girlfriends.

According to another report by Cecilia Wang, China’s rich and powerful are sending so many mistresses to the US that the ladies are taking over whole neighborhoods in Southern California, forming several ernaicun or “mistress villages,” according to a photo series published today on Sina and NetEase.

Despite its fair share of questionable sources and unsubstantiated claims, the post was an instant success among netizens — until the content was abruptly removed from Chinese websites later in the day. The original story is still available, however, on the website of pro-Beijing Hong Kong daily Wen Wei Po.

While Vancouver, Canada is said to have attracted most business migrants from China and has since become the new home to many wives of businessmen and corrupt officials, their mistresses are supposedly being accommodated in sunny Southern Californian suburbs. 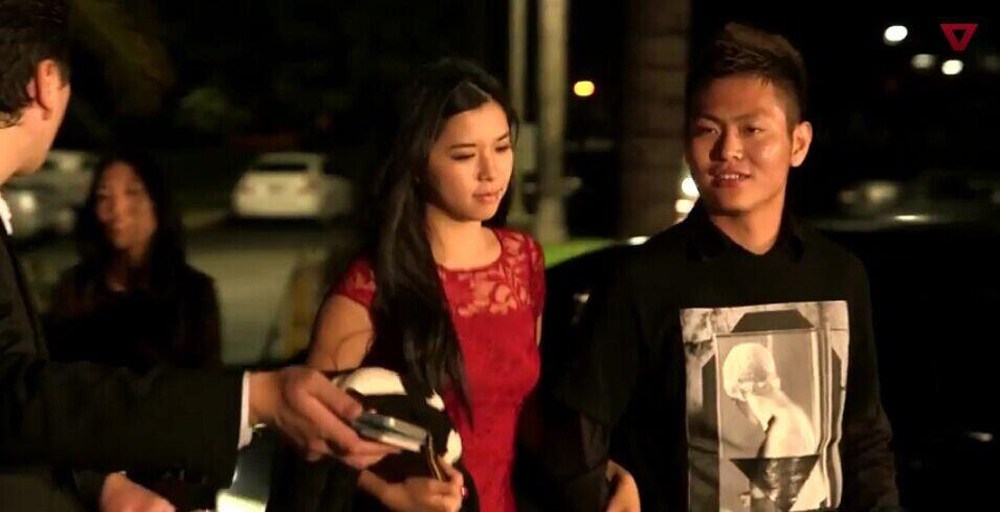 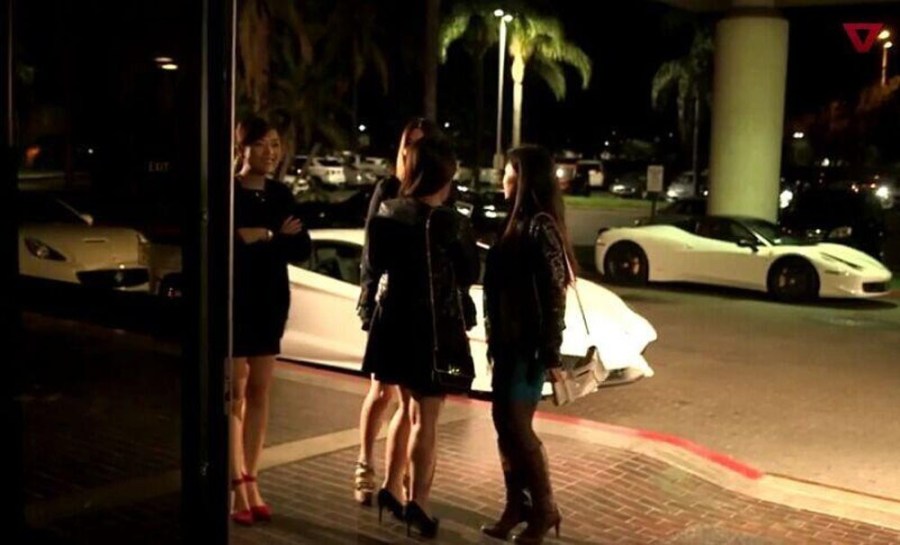 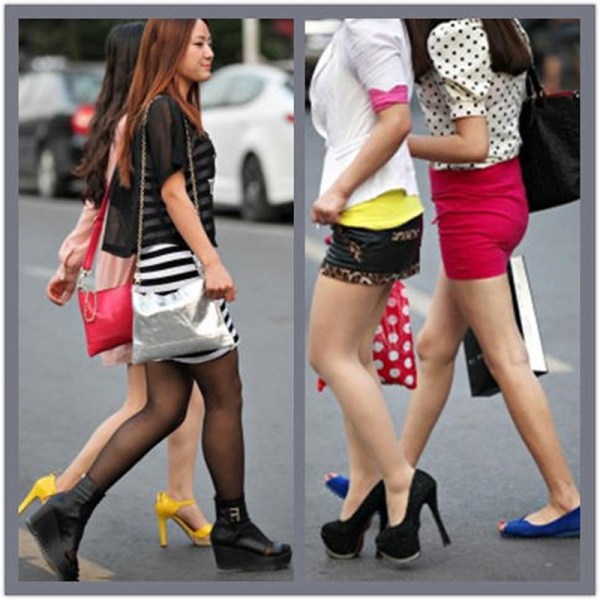 The young mistresses, supported by the often ill-gotten gains of mainland apparatchiks and wealthy tycoons, are said to have precipitated an economic boom in these districts, according to the story. 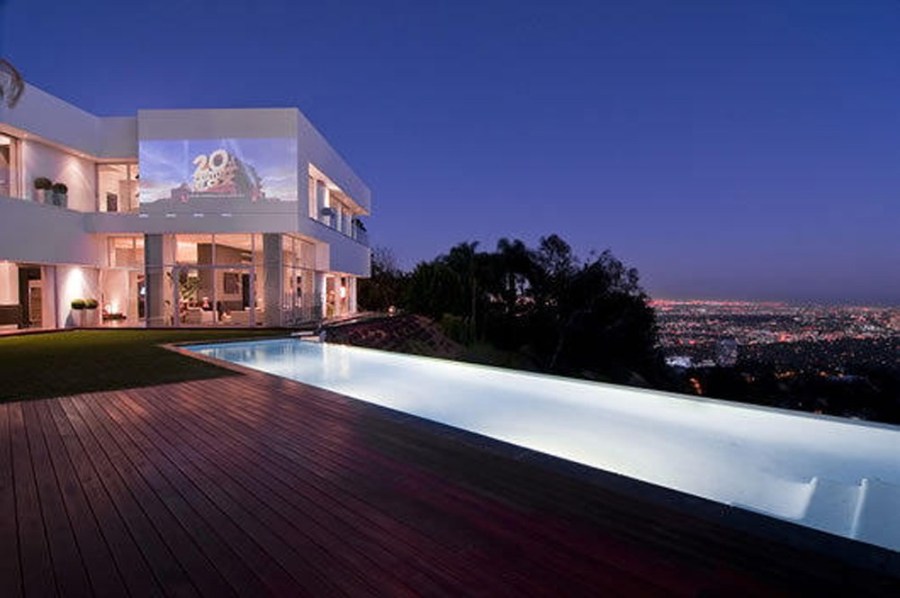 Zhang Shuguang, the former deputy chief engineer of the Ministry of Railways and deputy chief designer of the Chinese high-speed railway, bought a 3,000 square-meter mansion in LA for his mistress before he was arrested for corruption.

In 2013, the Crisis Management Center at Renmin University in Beijing published a study stating that 95 percent of corrupt Chinese officials arrested in 2012 had extramarital affairs.