U.S. Secretary of State Mike Pompeo said today that two Canadian citizens being held in China are being unlawfully detained and should be returned to Canada.

“The unlawful detention of two Canadian citizens is unacceptable. They ought to be returned,” Pompeo said.

“The United States has stood for that whether they are our citizens, or citizens of other countries. We ask all nations of the world to treat other citizens properly and the detention of these two Canadian citizens in China ought to end.”

Canadians Michael Spavor and Michael Kovrig were detained by China on Monday over what the Beijing News, a state-run Chinese newspaper, described as suspicion of engagement in activities that endanger China’s state security.

Pompeo said the U.S. works to get its own detained travellers returned home and it will “do it in this case as well.”

Canada has been granted consular access to Kovrig. Freeland said today that Ottawa’s priority now is to gain access to Spavor as well, and to ensure that both Canadians are able to receive full consular services from Canadian officials.

“We will always advocate strongly and fiercely for Canadian citizens when they are detained abroad,” Freeland said.

“In the cases of Mr. Kovrig and Mr. Spavor, our immediate concern has been to gain consular access to them and to understand what the charges are that have been put on them by the Chinese authorities. We are seeking that. We are advocating for them very, very aggressively.”

“We seek consular access, which we’ve gotten already in one of the cases, and are going to have in the second case shortly,” Trudeau said Friday. “We’re hopeful that it’ll happen soon.”

Oops…We ran into a problem loading this clip. Refresh the page to try again.

Consular visits can involve assessing the well-being of a Canadian citizen, clarifying the nature of a detention with local authorities, providing legal guidance and seeking access to medical attention.

The detentions of Kovrig and Spavor happened after Canadian officials arrested the chief financial officer of the Chinese telecommunications firm Huawei, Meng Wanzhou, on an extradition request from the U.S. She has been released on $10 million bail.

Canada has argued that the request to detain Meng was made at the officials’ level and was not politically motivated.

When asked if the detention of the two Canadian men was intended as retaliation, a spokesperson for China’s Foreign Ministry said they were being handled according to Chinese law.

Prime Minister Justin Trudeau today stepped up his criticism of China’s actions, calling them “not acceptable.”

“We are being absolutely clear on standing up for our citizens who have been detained, trying to figure out why, trying to work with China to demonstrate that this is not acceptable,” he told City TV in Toronto. 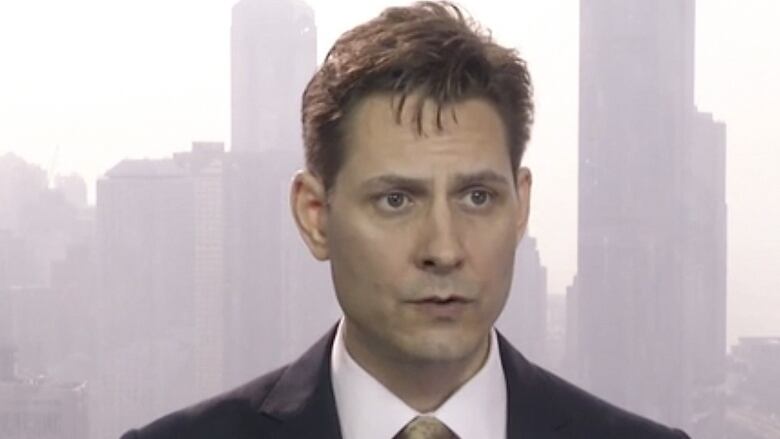 In this image made from a video taken on March 28, 2018, Michael Kovrig, an adviser with the International Crisis Group, a Brussels-based non-governmental organization, speaks during an interview in Hong Kong. Kovrig, a former Canadian diplomat, was arrested Monday night in Beijing. (Associated Press)

Meng is being sought for extradition by American authorities, who accuse her of fraud and violations of international sanctions against Iran. Trudeau expressed a fear that a swelling U.S.-China trade dispute now threatens to drag in bystander nations like Canada.

“This is one of the situations you get in when the two largest economies in the world, China and the United States, start picking a fight with each other,” he said.

“The escalating trade war between them is going to have all sorts of unintended consequences on Canada, potentially on the entire global economy. We’re very worried about that.”

Meanwhile, Canada and China have pressed pause on plans to mark the end of their joint year of tourism due to the growing diplomatic tensions — and federal ​Tourism Minister Mélanie Joly is no longer heading to Beijing next week.

The Canada-China Year of Tourism 2018 was developed as a partnership to promote travel between the two countries. Joly had planned to be in Beijing for the closing ceremony, set for Dec. 17 to 20.

On Thursday, the minister still planned to attend, but on Friday, her spokesperson said Canada and China had mutually agreed to postpone the ceremony. 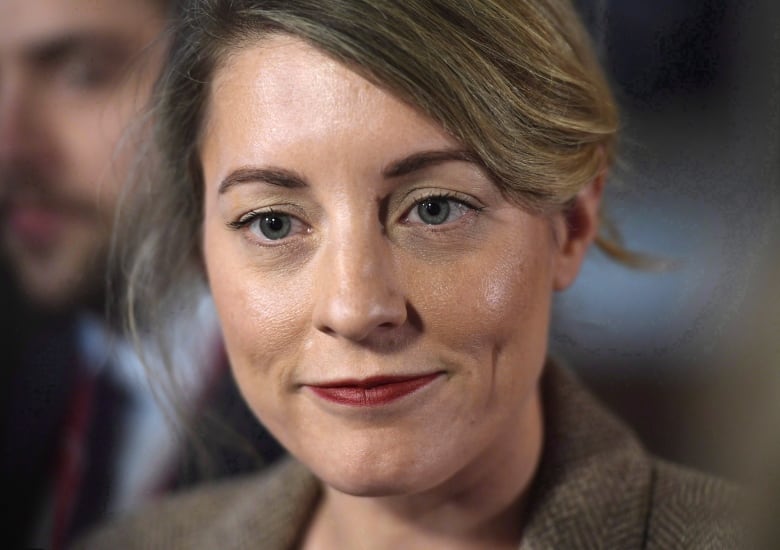 Tourism Minister Mélanie Joly was planning to travel next week to Beijing for the Canada-China Year of Tourism 2018 closing ceremony, but it has been postponed. (Justin Tang/Canadian Press)

“Both governments agreed this would allow us to better achieve our shared objectives,” said Jeremy Ghio.

“We look forward to meeting again to continue building people-to-people ties and strengthening the tourism relationship between Canada and China — a relationship that creates good jobs for middle class families and opportunities for people in both countries.”

The friction between Ottawa and Beijing is affecting the retail sector as well. The popular outdoor apparel maker Canada Goose is delaying the opening of its new flagship store in Beijing.

The store was supposed to open Saturday, but in a message posted to Weibo, China’s social media platform, the luxury coat maker said the postponement is for construction reasons.

The outerwear maker became a style icon in China after launching there last year to much fanfare, but its shares fell this week after it became the target of Chinese consumers upset by Meng’s arrest.

Weibo users have proposed boycotting the company’s products as payback for Meng’s detention in Canada.

The movement gained momentum after the Chinese state-run newspaper Global Times reported on the boycott proposal.

editor - March 14, 2020
0
To unleash the full power of the federal government in this effort, today I am officially declaring a national emergency.

Will the CCP pick the next US President by fake mail-in ballots?

editor - November 1, 2020
0
It is believed that at that time, the Supreme Court will make a fair ruling and crush the CCP’s goal of reversing the election results and subverting the American democratic system in one fell swoop.

China to spend over $1 trillion on planes over next 20 years: Boeing

editor - August 2, 2019
0
US secretary of state urges Asian countries to shun China until it revamps its 'protectionist' and 'predatory' policies.

editor - August 7, 2020
0
Three members of the U.S. Congress are asking six of the nation’s top universities to hand over records of donations they have accepted from certain foreign nations, including China and Russia.

Ford to build the Focus in China instead of Mexico

editor - June 21, 2017
0
Ford will shift production of the Focus compact car from the United States to China. And in a first for the automaker, it will...

China links foil row to future of US trade

editor - June 6, 2017
0
China has told the US to stop asking questions about the number of people killed, detained or who are still missing from the Tiananmen Square tragedy.

US ports are on the front line of Trump’s trade war...