In hindsight, China’s international ascendance seems to fit well with the predictions of neorealist scholars like John Mearsheimer. Back in 1974, Deng Xiaoping declared at the United Nations that “China is not, and will never become a superpower.” Today’s Chinese leaders might find what he said ill-timed and ill-advised. By the end of 2015, China saw its GDP reach $11.2 trillion, accounting for 15% of the world economy (U.S. share: 24.5%). If China maintains its stated growth rate, by 2024, its economy is expected to be as large as the United States ‘. Already, some leading Chinese scholars are using the term “superpower” to describe China’s power status.

In tandem with the changing structural conditions is the new strategic context unfolding with the election of Donald Trump to the U.S. presidency. Chinese President Xi Jinping’s criticism of protectionism and isolationism, his remarks about democratization of international relations, his pledge to continue honoring the Paris climate deal and his call for countries to work together to address global governance challenges have presented an antithesis to President Trump’s “America First” and anti-globalization agenda. In late January, a senior Ministry of Foreign Affairs official indicated China might be forced to assume the role of global leadership if the United States were to step back from that position. In a February speech, President Xi talked about China playing the role of “guiding the international community to work together in shaping a more just and fair international new order.”

The rhetoric that China is willing to assume global leadership suggests that it is abandoning the “fundamental national policy” articulated by Deng Xiaoping in the early 1990s that China “should never seek leadership [juebu dangtou].” Until 2011, political elites in Beijing viewed the demands for China to shoulder more international responsibilities as part of an international conspiracy to thwart China’s development. Admittedly, China has made great strides toward fulfilling its international responsibilities and assuming global leadership. In terms of foreign aid, it has steadily moved away from net recipient status to net donor status since 2010. In 2014, during the Ebola outbreak in West Africa, China kicked off its largest ever response to an international humanitarian crisis, by offering $123 million (750 million yuan) worth of humanitarian aid to the global Ebola control efforts.

Despite this, glaring capacity gaps exist, preventing China from becoming a true global leader. First of all, being a leader in sustaining the liberal international order requires China to commit a huge amount of resources. While China is now a net donor of foreign aid, it is far from achieving the donor status of many OECD countries. China thus far does not have foreign aid laws or a specialized development assistance agency analogous to the U.S. Agency for International Development (USAID) to coordinate development assistance. Its annual spending on global health is about $200 to $300 million, far less than U.S. government funding for global health (about $10 billion). Unless we see a revamp of its foreign aid institutions or a sharp rise in its amount of foreign aid, it would be unrealistic to talk about China substituting the role of the United States in global governance.

Second, China has to address the soft power discrepancy in exercising global leadership. In 2009, British journalist and scholar Martin Jacques published a book titled, When China Rules the World: The End of the Western World and the Birth of a New Global Order. While it is indisputable that China’s influence is on the rise, that influence is mainly the result of its wielding of hard power, and less about soft power (e.g., cultural attractiveness, appeal of the domestic development model). Many of the extravagant soft power projects, including the Confucius Institute, have not worked out well in promoting China’s image. Against the background of seemingly retreating democracy, China’s authoritarianism appears to be more successful among non-democracies, but this has not been accompanied by serious and significant interest worldwide in China’s development model. 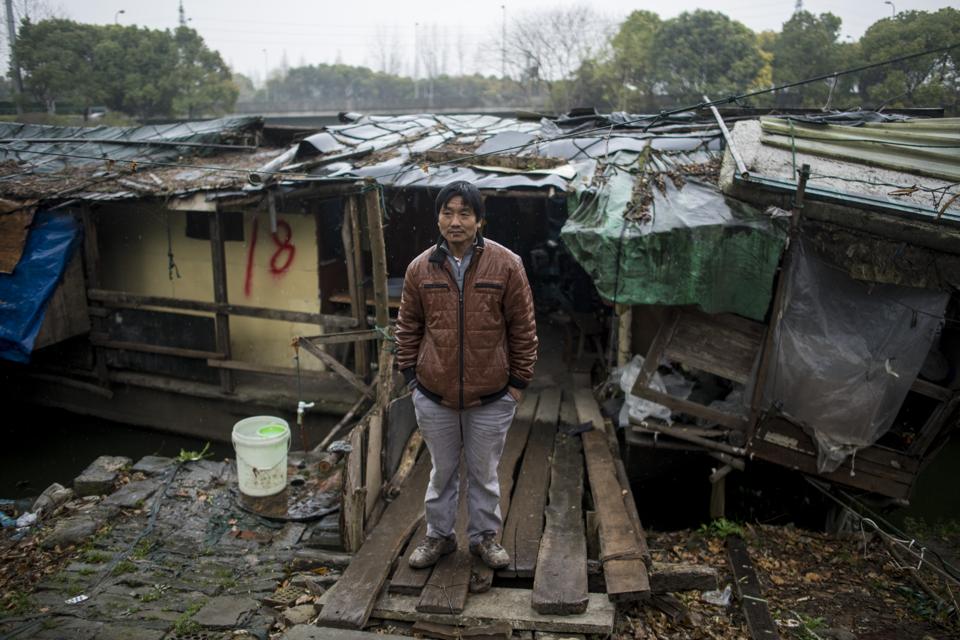 Finally, China’s domestic political economy is also hindering its efforts to project global leadership. Preoccupied by mounting domestic challenges, from air pollution to a potential middle-income trap, Chinese leaders will have to fight an uphill battle to mobilize the resources and internal support for playing the global leadership role. “China’s poverty line is still less than $1 a day, which still falls below the World Bank’s global poverty standard of $1.25 a day,” a Chinese scholar recently said on social media. “You expect a country whose poverty line is only $400 a year to feed people worldwide?”

Furthermore, China domestically is hardly an exemplar for the liberal international order. While internationally, President Xi argued against “any attempt to cut off the flow of capital, technologies, products, industries, and people between economies,” internally, the government is doing the opposite by imposing additional controls on the inflow of information and outflow of capital. This would only lead people to question the sincerity of its posited global leadership. To sum up, China still has a long way to go before it can position itself as a viable alternative to U.S. global leadership.

editor - July 19, 2017
0
Cake and conversation, it seems, can go only so far to mend longstanding economic rifts between the United States and China. Three months after President...

Americans are defending what is right as more evidence shows the election is being...

editor - November 9, 2020
0
With mainstream media, ‘Big Tech’, and even several major right-wing news organizations having prematurely declared a Biden victory — evidence of widespread voter fraud and manipulation have become blatantly apparent as the tactics used to rig and ultimately steal the 2020 Presidential election have become more brazen and sophisticated.

Letter of Recommendation: Karaoke at Home

editor - July 8, 2017
0
The latest in Chinese home karaoke — a portable microphone that connects to your smartphone, with a built-in speaker — has now made solo singing more appealing than ever.

Starbucks will be the next US brand to warn of China trouble after Apple,...

editor - January 11, 2019
0
Apple shares collapsed earlier this month after warning that iPhone sales would fall short because of weakness in the China economy. Starbucks will be next, according to Goldman...

editor - November 19, 2020
0
“I think about half this country won’t recognise Biden as legitimate. They won’t recognise this election,” Stewart Rhodes, who founded the Oath Keepers, told The Independent on Saturday in the nation’s capital.

editor - February 1, 2020
0
Apple has temporarily shut down all its stores in mainland China through Feb. 9, the company said on Saturday.

editor - July 29, 2017
0
For all of the angst concerning trade deficits with China, the United States has something China increasingly needs: rice.

editor - October 8, 2019
0
Today, the Bureau of Industry and Security of the Department of Commerce announced that it will add 28 Chinese governmental and commercial organizations to the Entity List for engaging in or enabling activities contrary to the foreign policy interests of the United States.

editor - June 24, 2017
0
China let through the first shipments of beef from the United States in 14 years on Friday, after the two nations agreed to resume the trade in May, state media reported.

Trump says U.S. is having tremendous success with China on trade

editor - January 10, 2019
1
President Donald Trump said on Thursday the United States was having tremendous success in its trade negotiations with China, a day after U.S. and...

Everything we know about Hunter Biden’s business connections in China