A 36-year-old Chinese national was arrested in Los Angeles this week in connection with a computer hacking conspiracy involving malware linked to the 2014 US Office of Personnel Management (OPM) data breach.

Yu Pingan of Shanghai, China, was arrested on Wednesday while traveling at Los Angeles International Airport. Also identified by the hacker pseudonym “GoldSun,” Yu has been charged under the Computer Fraud and Abuse Act and is further accused of conspiracy to commit offense or defraud the United States. 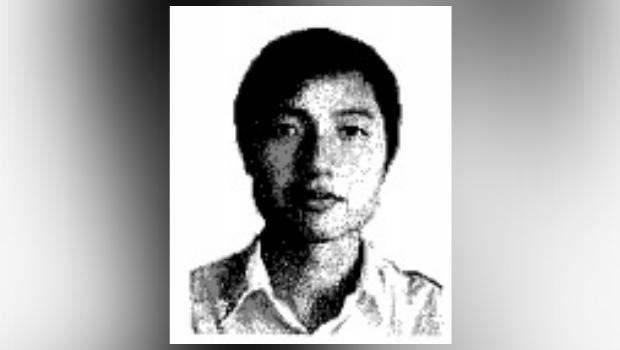 Yu Pingan as seen in a picture from his curriculum vitae which was obtained by the FBI in a search warrant.

According to an August 21 indictment, filed in the US District Court for the Southern District of California, Yu collaborated with others, including two unnamed individuals who have not been charged, to acquire and use malware to facilitate cyberattacks against at least four unnamed US companies. The incitement was accompanied by an affidavit signed by an agent assigned to a cybercrime squad at the FBI San Diego Field Office.

The FBI has identified Yu’s co-conspirators as living in the People’s Republic of China. A spokesperson for the agency could not be immediately reached for a comment.

In a timeline laid out in the indictment, Yu is accused of discussing the installation of a remote access trojan, or RAT, first at an unidentified company in June 2011. Roughly a year later, a conspirator allegedly installed malicious files on the network of a San Diego-based company. The same company was allegedly attacked again on or before December 3, 2013.

A second company, based in Massachusetts, was allegedly attacked using malware known as Sakula, which multiple security firms have tied to the OPM attack—a data breach that involved records of millions of US citizens who had undergone security clearance checks. China’s involvement was suspected by US authorities, according to Washington Post sources at the time, though attribution was never officially described by the Obama administration.

Chinese authorities have denied any involvement in the OPM attack. “The Chinese government takes resolute strong measures against any kind of hacking attack,” China’s Foreign Ministry told Reuters in 2015. “We oppose baseless insinuations against China.”

Sakula was also used in the 2015 Anthem data breach, which involved the potential theft of roughly 80 million individuals’ personal medical records. Independent investigators concluded with medium confidence earlier this year that the Anthem attack was likely carried out on behalf of a foreign government. However, so far Anthem has not be cited in connection with Yu’s arrest.

A third company based in Los Angeles is also said to have been breached by Yu’s co-conspirators in December 2012. The attackers allegedly took advantage of a then-unknown vulnerability in Microsoft’s Internet Explorer which allowed for remote code execution and injection of the Sakula malware. Yan was allegedly linked to the then-rare malware variant Sakula through emails obtained by federal agents.

Sakula is also a known tool of China-based advanced persistent threat nicknamed Deep Panda, or APT 19, which has been linked by security researchers to both the OPM and Anthem attacks.

Later in 2011, Yan allegedly indicated via FBI-seized communications that he had “compromised the legitimate Korean Microsoft domain used to download software updates for Microsoft products,” and further indicated the hacked site could be used to launch phishing attacks.

According to CNN, Yan was arrested after entering the US on Wednesday to attend a conference.

US Navy warns China ‘you don’t want to play laser tag with us’ after...

editor - March 3, 2020
0
The US Navy warned China on social media after one of its warships fired a military-grade laser at a US aircraft, telling them: "You don't want to play laser tag with us."

editor - September 24, 2018
0
The Trump administration is planning to launch a major, "administration-wide," broadside against China, according to two sources briefed on the sensitive internal discussions. These...

editor - August 11, 2017
0
Some of America’s most formidable technology companies have headed to China. Once they got there, their superpowers seemed to vanish. Uber, Amazon, and Apple are just a few examples of firms that have been humbled by the Chinese market.

Buffett warns China that markets can sometimes become a ‘casino’

editor - November 1, 2020
0
Lude Media reported that the contents in the Hunter Biden hard drives have been uploaded to Google Cloud. People can have access to it.

It’s Time to Get Loud About Academic Freedom in China

editor - November 14, 2018
0
But after an investigation of Renmin’s treatment of students who spoke up on labor issues, we decided that this partnership was no longer sustainable. While our final decision rested on specific violations of academic freedom, it is critically important to view this event in the context of worsening political trends in China.

editor - June 11, 2019
0
President Trump on Monday threatened to impose large tariffs on $300 billion in imports if Chinese leader Xi Jinping did not meet with him in Japan later this month

China Suggests a Trade Compromise With the Trump Administration

editor - March 9, 2019
0
A senior Chinese trade official called on Saturday for a compromise between the United States and China that could make a trade deal easier...

Citibank, General Electric keen to join $US1trn on China’s One Belt, One Road

editor - May 15, 2017
0
As China plans to build roads, rail lines, ports and airports across Asia, Africa and Europe, sceptics say Chinese companies will be the only...

editor - October 14, 2019
0
Mr Biden has defended his son's work, accusing Mr Trump of only attacking his son because he feels his re-election is under threat from the Democrat frontrunner.

How Rich Chinese Parents Get Their Kids Into U.S. Colleges