Beijing and Washington have opposing views on nearly everything from North Korea’s nuclear development program to trade and development in the South China Sea. But one area of collaboration is emerging as a potential bright spot in what has otherwise devolved into a tenuous bilateral relationship: global health.

Throughout both the SARS outbreak in 2002 in Hong Kong and southern China and the Ebola epidemic, Chinese and U.S. health officials shared resources and information. In 2o14 during the Ebola outbreak, staff from the U.S. Center for Disease Control worked with staff at a Chinese laboratory.

Today, the U.S. CDC and the Chinese CDC are working to build an African CDC headquarters in Ethiopia and five additional centers throughout the continent to help fight infectious diseases. China is providing $2 million and the United States is funding $10 million for the venture.

Now these partnerships are extending into the private sphere.

Just last month, Bill Gates traveled to Beijing to open the Global Health Drug Discovery Institute—a partnership between the Gates Foundation, the Beijing municipal government and Tsinghua University—that will focus on early drug discovery to combat diseases such as tuberculosis, malaria and HIV. The three entities provided more than $100 million in funding for the first five years of operation.

The institute, GHDDI, is the first foreign-funded NGO to operate in China—a feat that required the government to bend the rules even as it introduces further restrictions for foreign nonprofits operating in the country. 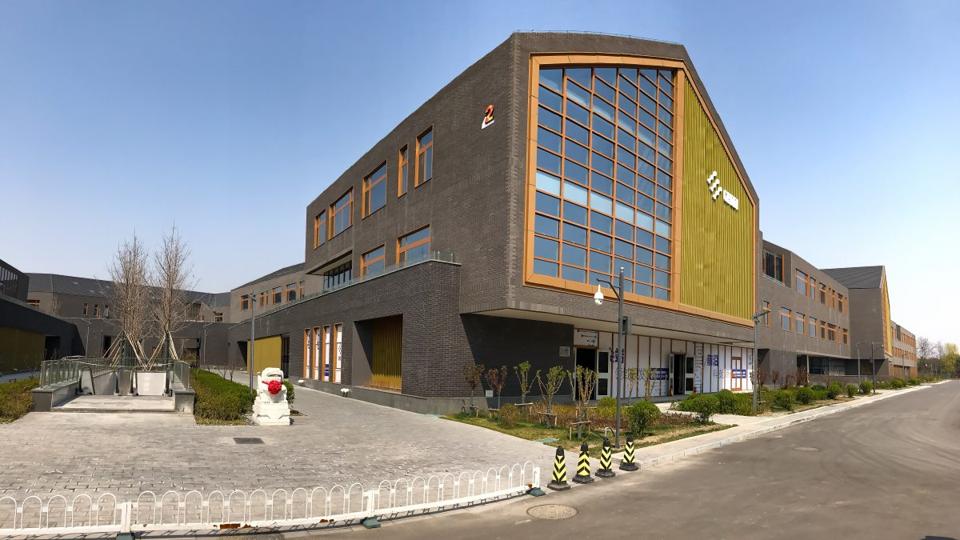 The Global Health Drug Discovery Institute – a partnership between the Bill and Melinda Gates Foundation, Tsinghua University and the Beijing municipal government – opened in March 2017 and is housed on Tsinghua’s campus. The institute focuses on early drug discovery to combat diseases such as tuberculosis, malaria and HIV.

As part of the government’s efforts to consolidate power and limit what it sees as foreign influence, a new law rolled out Jan.1 requires all foreign non-profits and NGOs to register with the police and maintain a government sponsor, which could limit funding.

“The Beijing government had to look at the regulations to accommodate this because they need to innovate themselves if they are going to attract the likes of this institution,” said Alex Ng, deputy director of the China office for the Bill and Melinda Gates Foundation.

Attracting institutions like GHDDI is, in fact, part of China’s long-term strategy to both build up its pharmaceutical industry, the world’s second-largest, and become a key player in global health.

While the United States has historically had a strong role in providing vaccinations, reducing global deaths from measles, polio, and malaria, China is evolving from a receiver of aid and vaccinations to a provider.

During the 2014 Ebola outbreak, Chinese researchers reverse-engineered the drug ZMapp, created by American and Canadian researchers, and produced 100 doses after health officials exhausted their supply of ZMapp. The move raised questions about intellectual property rights but experts say it’s also an indication of China’s role in international health crises.

“When I think about the projects that we are doing, especially in relation to vaccines, frankly it would not be possible without China and Chinese institutions,” said David Shoultz, director of drug development at PATH, a global health organization.

PATH worked with Chinese scientists to develop a vaccine against Japanese encephalitis, a disease that spreads through mosquito bites and causes the brain to swell. In 2013, it was the first vaccine from a Chinese manufacturer to be given pre-qualification status by the World Health Organization. India bought 82 million doses from China in 2015.

Today, PATH is helping Chinese firm Shandong Xinhua Pharmaceutical submit its drug to combat parasitic worms for pre-qualification to the World Health Organization, much as it did with the Japanese encephalitis vaccine. The drug was first discovered at the Chinese Center for Disease Control in the early 2000s and approved by the Chinese Food and Drug Administration.

The Big Hack: How China Used a Tiny Chip to Infiltrate U.S. Companies

editor - February 28, 2020
0
A Chinese Navy ship fired a laser at a U.S. surveillance aircraft flying over the Philippine Sea west of Guam, the Navy said Thursday. Officials acknowledged the incident more than a week after it happened.

Can China and the Internet Save American Small Business?

editor - June 26, 2017
0
Last week Jack Ma, the executive chairman of the online-commerce company Alibaba, went to Detroit to convince Americans that China and e-commerce could save...

Trump, once a hero in China, is now seen as erratic and unreliable

editor - July 31, 2018
0
In 2016, after Donald Trump won the Republican nomination for president, social media in China embraced him with tribute pages including the “Trump Fan Club” and “Great Man Donald Trump.”

The Trump administration just escalated its high-stakes competition with China

editor - October 6, 2018
0
Even with all news noise focusing on the Kavanaugh Supreme Court fight and the "not NAFTA" trade agreement among the U.S., Mexico and...

editor - May 16, 2017
0
These deepening relationships aren’t necessarily bad, though China has a history of pressing its influence to entrench its international power.

editor - August 14, 2020
0
Biden on Tuesday picked Harris as his running mate, recognising the crucial role Black voters and Indian-Americans could play in his bid to defeat Trump in the US presidential election in November.

US must not get lapped in innovation race with China

editor - August 26, 2017
0
I recently traveled to China, along with 12 CEOs, to meet with Chinese companies, consider investment opportunities and see first-hand how they stack up against American innovation, technology and work ethic.

editor - April 18, 2019
0
The scholar, Michael Pillsbury, director for Chinese strategy at the Hudson Institute, a conservative think tank in Washington, said he applied for a visa with the Chinese Embassy in Washington on March 22 but failed to get approval to attend the conference last Sunday, which was organized by a research institute in Beijing.

editor - March 14, 2020
0
To unleash the full power of the federal government in this effort, today I am officially declaring a national emergency.