One man spent 15 days in a detention center. The police threatened another’s family. A third was chained to a chair for eight hours of interrogation.

The Chinese police, in a sharp escalation of the country’s online censorship efforts, are questioning and detaining a growing number of Twitter users even though the social media platform is blocked in China and the vast majority of people in the country cannot see it.

The crackdown is the latest front in President Xi Jinping’s campaign to expand the government’s suppression of internet activity beyond China’s borders. In effect, the authorities are extending their control over Chinese citizens’ online lives no matter where they post.

“If we give up Twitter, we are losing one of our last places to speak,” said Wang Aizhong, a human-rights activist who said the police had told him to delete messages criticizing the Chinese government.

When Beijing is unable to get activists to delete tweets, others will sometimes do the job for them. Mr. Wang refused to take down his tweets. Then, one night last month while he was reading a book, his phone buzzed with text messages from Twitter that contained backup codes to his account.

An hour later, he said, 3,000 of his tweets had been deleted. He blamed government-affiliated hackers, although those who were responsible and the methods they used could not be independently confirmed.

China has long policed what its citizens can see and say, including online, but the latest push shows that Beijing’s vision of internet control encompasses social media around the world. Messages on WhatsApp, which is blocked in China, have begun to appear as evidence in Chinese trials.

The Chinese government has increasingly demanded that Google and Facebook take down content that officials object to even though both companies’ sites are inaccessible in China. After the exiled Chinese billionaire Guo Wengui used the platforms to lob graft accusations at top Chinese leaders, Facebook and Twitter suspended his accounts temporarily, citing user complaints and the disclosure of personal information. Mr. Guo is now back on the platforms.

Twitter may be banned in China, but the platform plays an important role in the discussion of issues in the country. A small but active community uses software to circumvent the government’s blocks to reach a last refuge of political debate. According to an estimate based on a survey of 1,627 Chinese internet users last year by Daniela Stockmann, a professor at the Hertie School of Governance in Germany, only 0.4 percent of China’s internet users, roughly 3.2 million people, use Twitter.

In addition, official media outlets like the Communist Party-controlled People’s Daily newspaper and the Xinhua news agency use Twitter to shape perceptions of China in the rest of the world.

“On the one hand, state media takes advantage of the full features of these platforms to reach millions of people,” said Sarah Cook, a senior analyst for East Asia at Freedom House, a pro-democracy research group based in the United States. “On the other hand, ordinary Chinese are risking interrogation and jail for using these same platforms to communicate with each other and the outside world.”

Twitter is not the only platform contending with China’s censorship rules.

LinkedIn, the business networking service, has long bowed to the country’s censors. It briefly took down the Chinese accounts of Peter Humphrey, a British private investigator who was once imprisoned in China, last month and Zhou Fengsuo, a human-rights activist, this month. The company sent emails to both containing language similar to the messages it sends users when it removes posts that violate censorship rules.

“What we’ve seen in recent weeks is the authorities desperately escalating the censorship of social media,” Mr. Humphrey said. “I think it’s quite astonishing that on this cloak-and-dagger basis, LinkedIn has been gagging people and preventing their comments from being seen in China.”

Both accounts have been restored. In a statement, LinkedIn apologized for taking the accounts down and said it had done so by accident. “Our Trust and Safety team is updating our internal processes to help prevent an error like this from happening again,” the statement said. 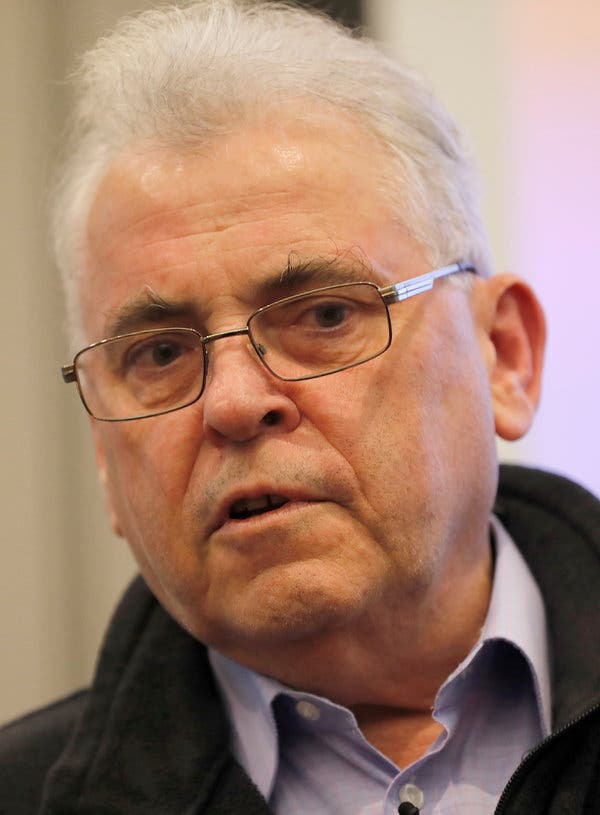 With Twitter, Chinese officials are targeting a vibrant platform for Chinese activists.

Interviews with nine Twitter users questioned by the police and a review of a recording of a four-hour interrogation found a similar pattern: The police would produce printouts of tweets and advise users to delete either the specific messages or their entire accounts. Officers would often complain about posts that were critical of the Chinese government or that specifically mentioned Mr. Xi.

The police have used threats and, sometimes, physical restraints, according to Twitter users who were questioned. Huang Chengcheng, an activist with more than 8,000 Twitter followers, said his hands and feet were manacled to a chair while he was interrogated for eight hours in Chongqing. When the inquiry was over, he signed a promise to stay off Twitter.

Those pulled in for questioning do not necessarily have the biggest presence on Twitter. Pan Xidian, a 47-year-old construction company employee in Xiamen with about 4,000 followers, posted a comic by a dissident cartoonist known as Rebel Pepper, along with criticism of human-rights crackdowns. In November, the police called him in for 20 hours of questioning. After being forced to delete several tweets, he was allowed to go, and he thought his ordeal was over.

But officers showed up at his workplace a short time later and threw him into a car. They asked him to sign a document that said he had disturbed the social order. He complied. Then they showed him a second document, which said he would be detained. He spent the next two weeks in a cell with 10 other people, watching propaganda videos.

“In this era, we certainly know fear, but I can’t control myself,” Mr. Pan said while crying during a phone interview after he was released. “We’ve been living a very suppressed life.”

“We’re like lambs,” he added. “They’re taking us one after another. We have no ability to fight back.”

The crackdown is unusually broad and punitive. When censoring domestic social media in the past, officials have targeted prominent users. People were questioned or detained less frequently and more haphazardly.

The current push includes no-name Twitter lurkers with few followers. It appears to be better coordinated between local and national law enforcement authorities, said Xiao Qiang, a professor at the School of Information at the University of California, Berkeley.

“Actually taking nationwide action, physically calling in all of these people, we’ve never seen that before,” he said.

The new approach involves broad action by China’s powerful Ministry of Public Security, which oversees law enforcement and political security. Several Twitter users said local authorities had specifically cited the internet police, a branch of the security ministry that monitors online activity. The agency, which refers to such local enforcement as “touching the ground,” was taken over last summer by a hard-liner known for a crackdown on telecom fraud in Xiamen.

The security ministry and the Cyberspace Administration of China, which regulates the internet, did not respond to faxed requests for comment.

The police have impressed upon activists that they can see posts outside China’s wall of censorship. After a four-hour grilling of a Twitter user with a small following who had complained in a post about the environment, a police officer offered him some advice. The user, who spoke on the condition of anonymity for fear of further reprisal, recorded the interrogation and provided a copy of the audio.

“Delete all your tweets, and shut down your account,” the officer said. “Everything on the internet can be monitored, even the inappropriate comments in WeChat groups,” a reference to a popular Chinese messaging app.

“This is truly wholehearted advice for you,” the officer added. “If this happens a second time, it will be handled differently. It will affect your parents. You are still so young. If you get married and have kids, it will affect them.”

The efforts have dampened debate on Chinese-language Twitter, said Yaqiu Wang, a China researcher with Human Rights Watch, who chronicled the crackdown in November. Still, not all users have gone quietly.

“Many activists want free speech,” Ms. Wang said in an interview. “Even when they’re harassed and intimidated, they’re very brave and continue to tweet. This is an act of defiance to censorship and oppression.”

More about censorship in China.

China has deployed missiles on the Spratly Islands

World editor - 04/05/2018
0
China has deployed a defensive missile system on the Spratly Islands in the South China Sea, the Chinese foreign ministry has confirmed. The installation of...

World editor - 04/10/2017
0
Revelations that a New Zealand lawmaker had been a member of the Communist Party in China and taught English to spies there have raised...

Politics editor - 08/10/2017
0
China's Communist Party will unveil its next generation of elite leaders when it meets starting on 18 October for a congress that is held...

Business editor - 13/07/2017
0
Major Chinese conglomerate Dalian Wanda is selling a bunch of its theme parks and hotels for $9.3 billion to Sunac, a Chinese property developer. That...

Do not cave to China on trade: Australia government MPs hold strong line

World editor - 06/11/2020
0
Australia must not cave to trade threats from China by sacrificing its principles in the hope of boosting export earnings, federal government MPs have...

Google Continues to Hire in China Even as Search Remains Blocked

Social media editor - 05/09/2017
0
Google’s search service may be banned in China but parent Alphabet Inc. is hunting for workers in a further sign it has ambitions in the world’s...

Society editor - 29/07/2017
0
A 59-year old woman from the central Chinese city of Wuhan transformed her appearance through plastic surgery in order to avoid 25 million yuan...

Lifestyle editor - 29/07/2017
0
Many people believe that traveling is extremely expensive — and while this may be true if you're expecting five-star hotels and luxury cruises, on...

News editor - 02/05/2020
0
China's infamous 'batwoman' coronavirus scientist Shi Zhengli has denied she has defected from the Communist regime in China. Rumors have spread across social media over...

Tibet’s fragile ecosystem is in danger. China must change its flawed environmental policy

Society editor - 07/08/2017
0
As Australia continues to battle a water crisis and the challenges facing the world’s driest inhabited continent, Tibet on the other hand is Asia’s...

Lifestyle editor - 23/05/2017
0
After seven hours’ driving on the treacherous mountain roads of China’s northern Yunnan province, the last thing Tony Jordan expected to see was a...

hong kong editor - 01/11/2019
0
Rebecca Sy was wheeling her carry-on luggage through Hong Kong International Airport ready to board a flight to China when she received the message...

Lifestyle editor - 15/03/2017
0
Whether you're a devoted member of the Grab Your Wallet boycott or you're enthusiastically buying Ivanka Trump, chances are you already know that many...

News editor - 04/06/2019
0
The air of Washington D.C. smells bad as feces when the Communist Party of China has sent out lobbying groups with dirty money in...

Politics editor - 04/08/2018
0
Rumours have swirled in Beijing in recent weeks that China’s seemingly invincible leader, Xi Jinping, is in trouble, dogged by a protracted trade war...