China has made life dangerous for North Korean refugees living in the country amid the escalating nuclear weapons crisis, NGO’s leader says.

Mi-young’s chance came when her mother-in-law let her go into town to run some errands.

Sold into marriage in China, the 24-year-old North Korean woman was desperate to flee the bleak life with her “husband” and the constant monitoring of the older woman.

She had crossed into China with the help of a “trader” on the promise of a job as a waitress, hoping to send money back to her family.

Mi-young’s family had fallen on hard times since her father was sent to a labour camp two years ago and her own attempt at running a business from home had failed.

But the nightmare only continued in China. The smuggler was a human trafficker who passed Mi-young off to another Chinese broker and his North Korean wife. They locked her in their home until she agreed to go live with a Chinese “husband”.

“[The couple] did everything to convince me that living with a Chinese man was my best choice to help my family back in North Korea,” she said. “They took me to the homes of various disabled or handicapped men in China for me to choose who I wanted to live with.

“I wept bitterly. I knew the punishment that awaited me in North Korea would be severe since I’d left without permission.”

But with the help of Helping Hands Korea’s network of volunteers, Mi-young and another North Korean woman, fled China, slipped into Laos and crossed into Thailand by boat early last month, from where they hope to make the final onward journey to South Korea.

Mi-young and her fellow traveller are just two of an increasing number of North Koreans arriving in Thailand. According to Reuters, 385 North Koreans made the journey in the first half of the year, compared with 535 last year.

But that already perilous passage could become much more difficult amid the tightest crackdown on North Korean refugees in China in recent years.

Tim Peters, from Seoul-based Helping Hands Korea, said the effects of the tighter security were now being felt in the border areas between China and North Korea, with life for North Koreans in China more dangerous than ever.

“Due to the combined effort of the North Korean regime and China clamping down on border controls, the number of women coming across the Tumen and Yalu rivers is decreasing somewhat,” Peters said. 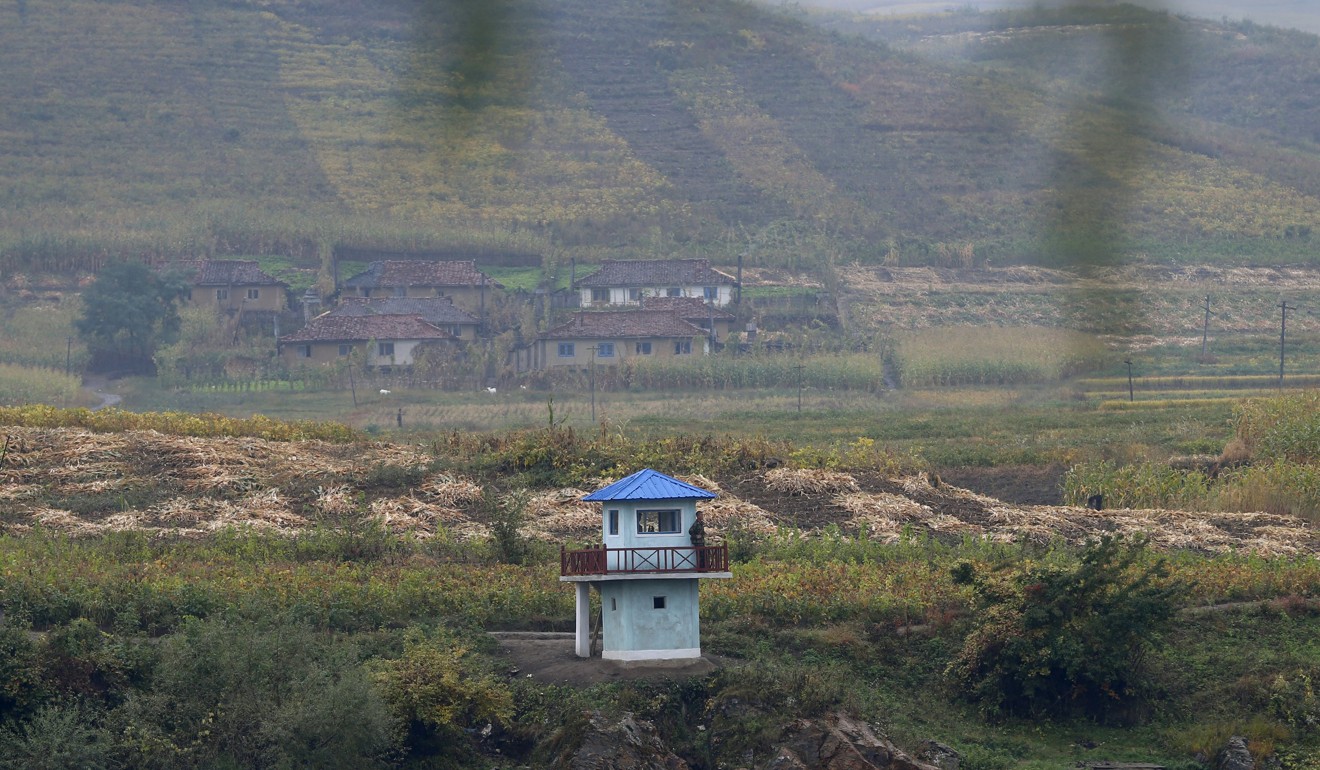 Peters said China launched its clampdown “to prevent a flood of refugees” from getting into China should the escalating nuclear weapons crisis on the Korean peninsula result in the overthrow of the regime of North Korean leader Kim Jong-un.

China’s long-standing policy of forcible repatriation of North Korean refugees only complicates the dangers and difficulties faced by refugees. China does not consider North Koreans refugees but illegal economic migrants to be sent back to their home country, under a border protocol agreed upon in 1986.

“Many of the refugees carry razor blades to slit their wrists or arsenic with which to commit suicide in case they are forcibly repatriated,” Peters said.

“The situation is particularly harrowing now, based on our experience,” Peters said.

“The tolerance level by the Chinese authorities for North Korean escapees living in China seems to be dropping very noticeably. There seems to be a shift from rewarding Chinese citizens for turning in the North Koreans into authorities actually punishing citizens who are employing or harbouring the refugees in some way.

“Add to that the unique treachery that confronts the refugees in the form of Chinese human traffickers teaming up with profit-seeking North Koreans to especially victimise vulnerable refugee women.”

But there are still groups working to help North Korean refugee women in China. Some actively search villages, offering aid to those who want to stay in China with their husbands or leave for a third country. “We know of one area where there are over 600 North Korean trafficked women who were sold,” Kim said.

When Mi-young and her friend arrived in Thailand on August 9, they immediately surrendered to Thai authorities. They were sent to an immigration detention centre before being released to the South Korean embassy under an unspoken agreement between Thailand and South Korea.

South Korea grants automatic citizenship to all North Koreans. The two women are now waiting for the South Korean embassy to complete the paperwork that will enable them to “defect” and resettle in Seoul.

In the past three years, four out of five refugees have been women, said Sokeel Park, director of research and strategy for Liberty in North Korea (LiNK).

“The tragedy is some North Korean women knew they’d be trafficked. They’d be put into an arranged marriage with a Chinese man they didn’t know. They went into it nonetheless, because it’s better than staying in North Korea,” Park said.

What Happened to Fan Bingbing, China’s Most Famous Actress?

chinese movie editor - 13/09/2018
0
Fan Bingbing is arguably the most famous actress in China, a prolific star who has made the leap to international fame with roles in...

Communist China does not want a democracy

chinese communist party editor - 15/05/2019
0
The legal power of the Chinese Communist Party (CCP) is guaranteed by the Constitution and its position as the supreme political authority in the PRC is realised...

Politics editor - 01/02/2017
0
A billionaire with links to the family of Xi Jinping was reportedly taken from his apartment in the Four Seasons in Hong Kong by...

Business editor - 04/05/2017
0
Apple reported another quarter of declining revenues in China but CEO Tim Cook said he remained "very enthusiastic" about the opportunity in the world's...

The world is at war with a hidden enemy, says Donald Trump

News editor - 18/03/2020
0
Yesterday afternoon, US President Donald Trump tweeted, "The world is at war with a hidden enemy. We will win." Who is this hidden enemy? It...

World editor - 20/04/2019
0
HAASS: Well, good afternoon and welcome to the Council on Foreign Relations. Today we are here to launch a new Council Special Report entitled,...

Calls to boycott ‘Mulan’ are gaining steam as the new movie lands on Disney...

chinese movie editor - 06/09/2020
0
Pro-democracy activists across Hong Kong, Korea, and Thailand have renewed their calls for a boycott of Disney’s live-action “Mulan” movie. The film was released for...

Education editor - 06/11/2019
0
Universities are not adequately responding to the growing risk of China and other “autocracies” influencing academic freedom in the UK, the foreign affairs select committee...

Trump says he could “decouple” with China, but it’s too late

US china editor - 24/08/2020
0
U.S. President Donald Trump told Fox News' Steve Hilton on Sunday that he would be open to completely decoupling the U.S. economy from China,...

Apple is making a terrible mistake in China

Beyond the fear factor: New Kiwis can be good for us all

immigration editor - 31/01/2017
0
By Lincoln Tan The perception that migrants take jobs from New Zealanders and push up house prices are widespread, but the fear is overblown, a new...

China cracks down on Christmas celebrations

Society editor - 24/12/2018
0
China is cracking down on Christmas. Several cities, schools, and government institutions have ordered citizens not to celebrate the holiday and to instead focus on...

Lifestyle editor - 06/09/2017
0
When she was a teenager, Gui Lisha routinely skipped classes to play video games at cyber cafés, to the point that her father threatened sending...

Guo Wengui editor - 20/08/2020
0
Former White House chief strategist Steve Bannon has been arrested after being charged with defrauding hundreds of thousands of donors through the “We Build...