Dramatic before and after pictures capture the sheer devastation caused by a 7.0 magnitude earthquake to a Chinese scenic spot.

Jiuzhaigou, a popular national park was one of the worst affected areas and had more than 30,000 tourists on site at the time the quake struck. 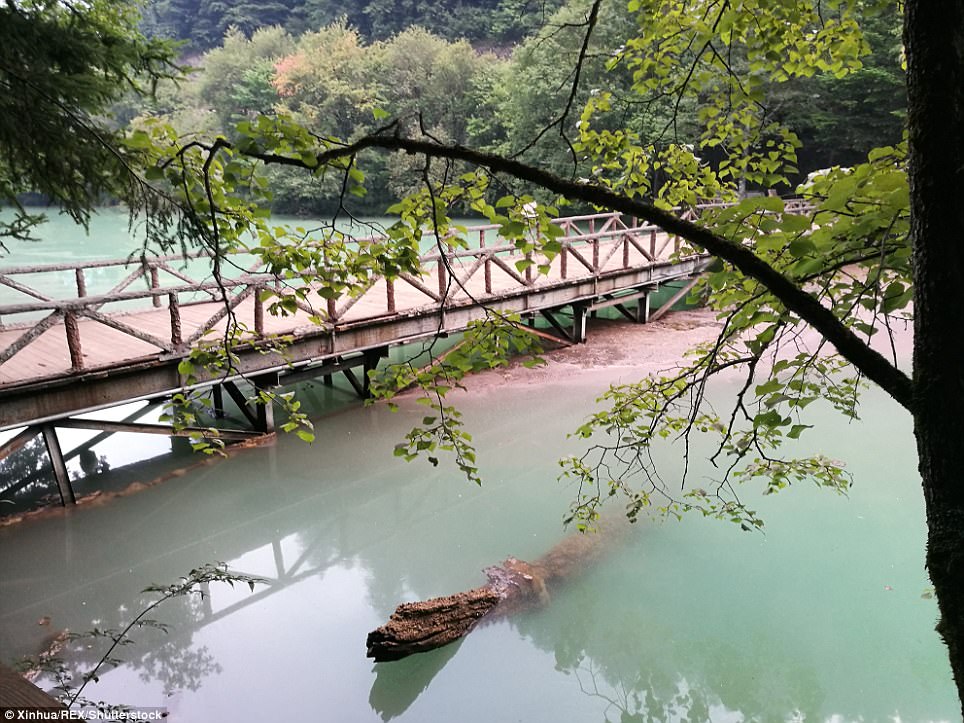 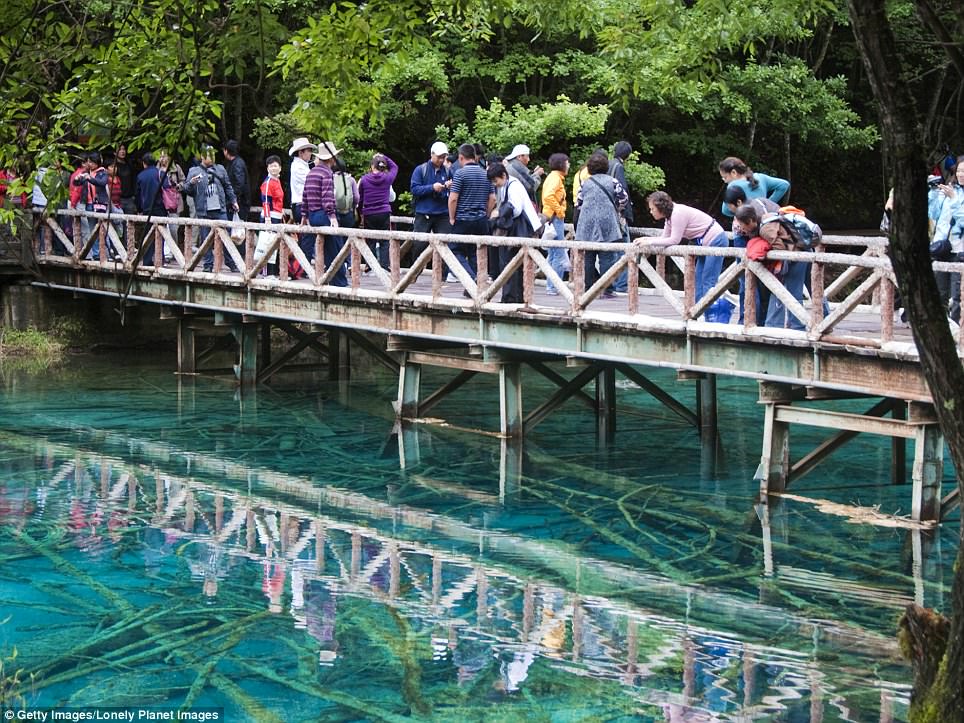 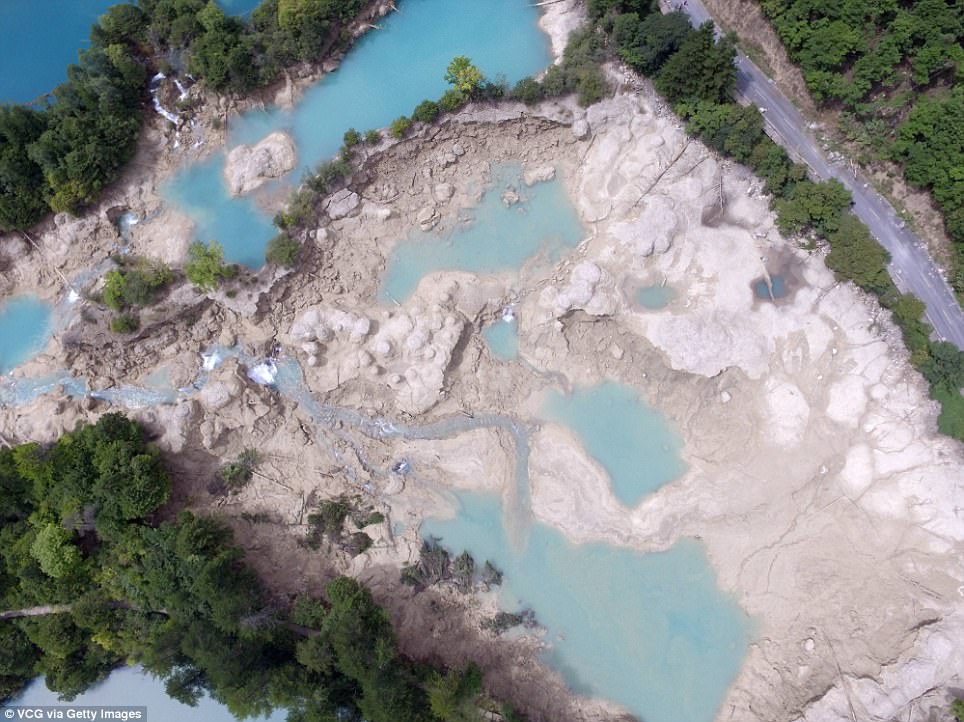 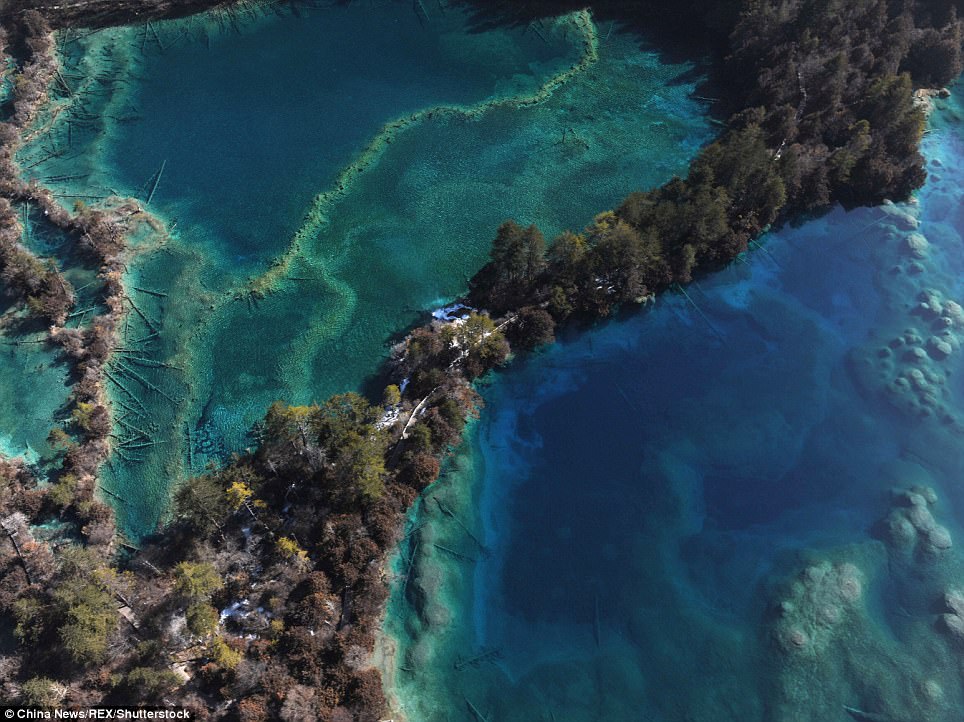 The famous Sparkling Lake is seen destroyed (left) following the 7.0 magnitude earthquake in China’s Sichuan province. Before (right), the lake had been the park’s top attraction

The national park is considered to be one of China’s most beautiful scenic spots with more than 140 crystal clear lakes.

Video footage shows the effect of landslides caused by the quake. In the park, huge holes can be seen in the mountains while the clear crystal blue waters have turned brown. Sparkling Lake, one of the park’s most famous spots suffered severe damage.

Local government officials confirmed that the area was at its maximum capacity of 41,000 visitors just days before the quake. At the time the quake struck there were around 30,000 tourists on site.

At least six visitors and two local residents are among the dead.

National tourism authorities have issued the highest safety warning for Jiuzhaigou, telling tourists to stay away. Travel agencies have stopped organising trips to the area amid recurring aftershocks and landslides. 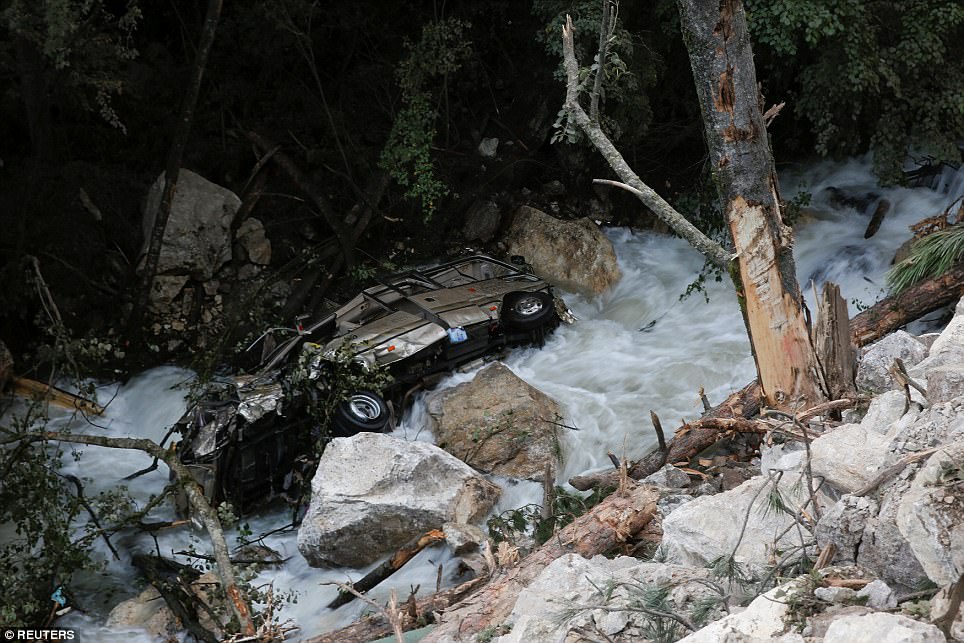 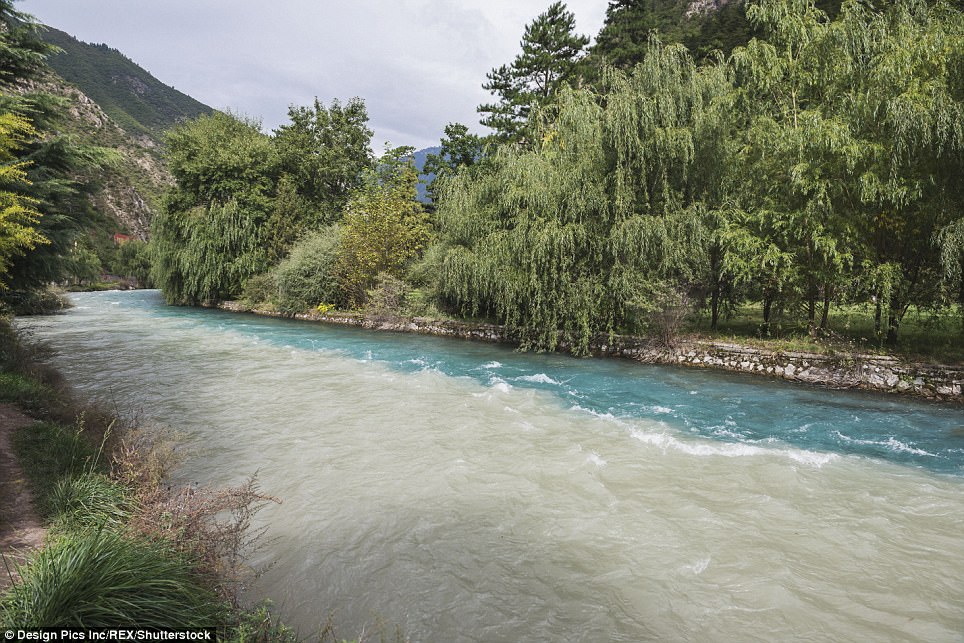 A car lies in a mountain creek beside a road that hit by a rockslide after an earthquake outside Jiuzhaigou (left). This section of the park is close to the entrance and is the point where two different coloured rivers meet (right) 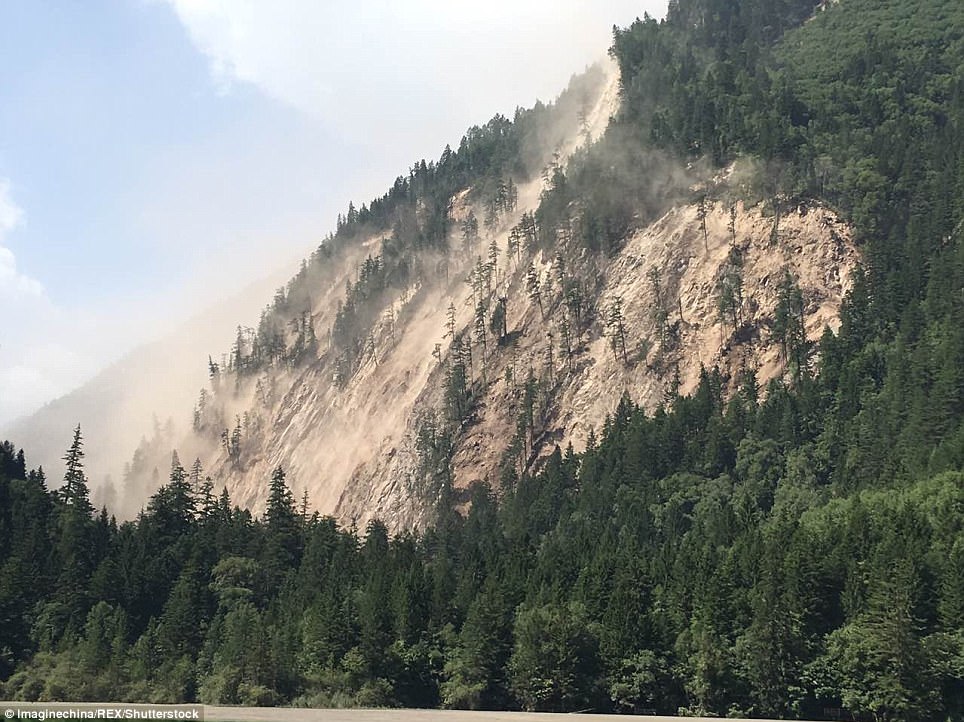 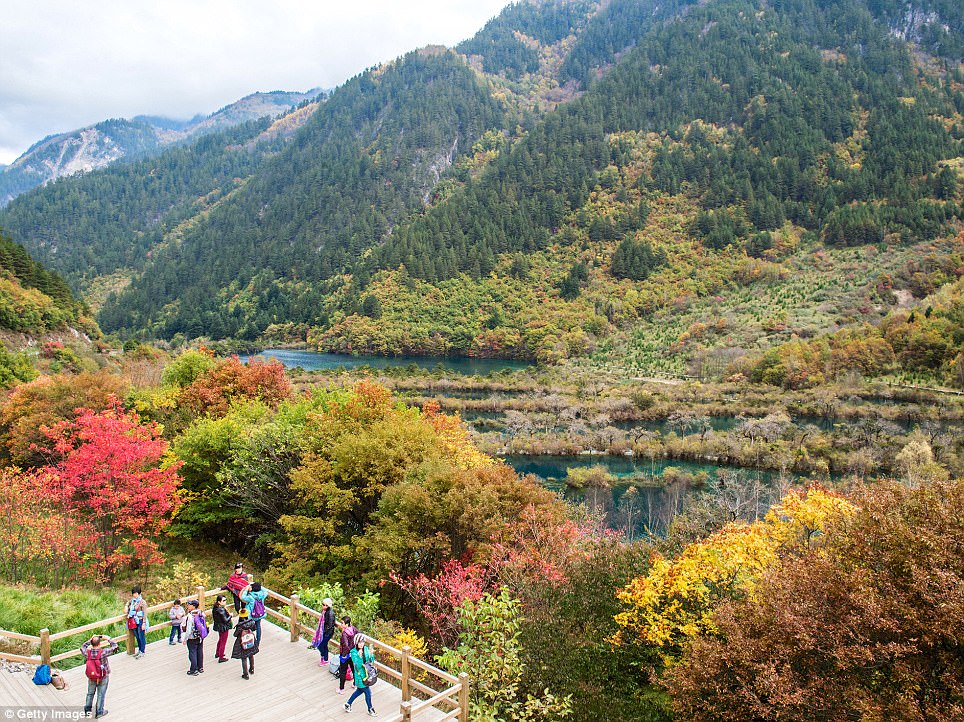 View of a landslide after the 7.0-magnitude earthquake in Jiuzhaigou County (left). The park is declared a World Heritage Site 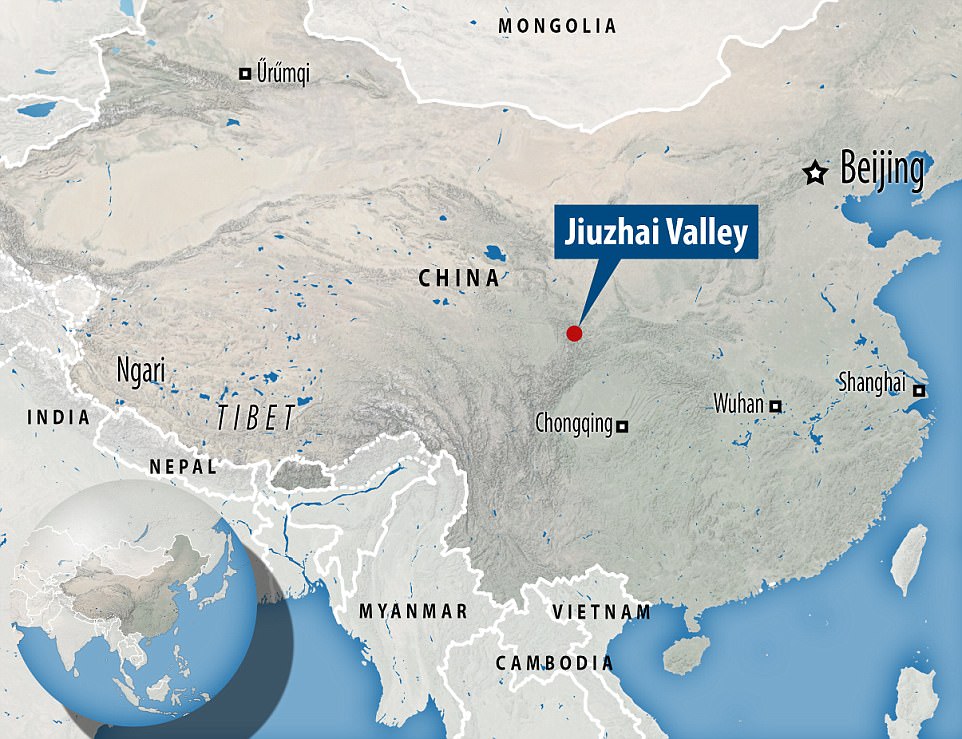 The quake occurred near Jiuzhai Valley, a famous national park, in the western part of the country

According to AFP, the areas surrounding Jiuzhaigou have been left completely deserted.

The Sichuan earthquake administration, which also measured the quake at a magnitude of 7.0, said the epicentre of the tremor was in Ngawa prefecture, which is largely populated by ethnic Tibetans, many of whom are nomadic herders. 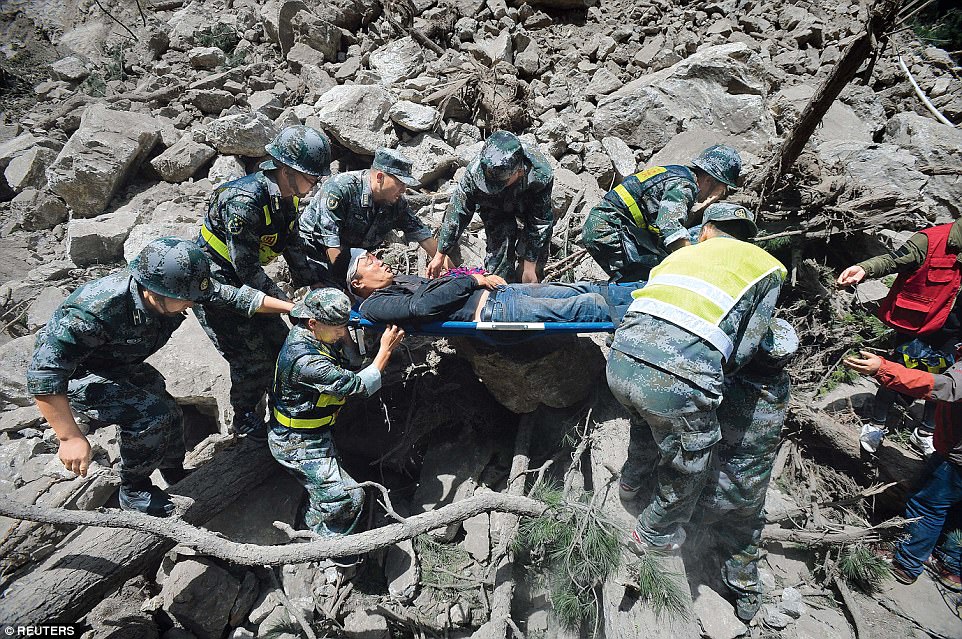 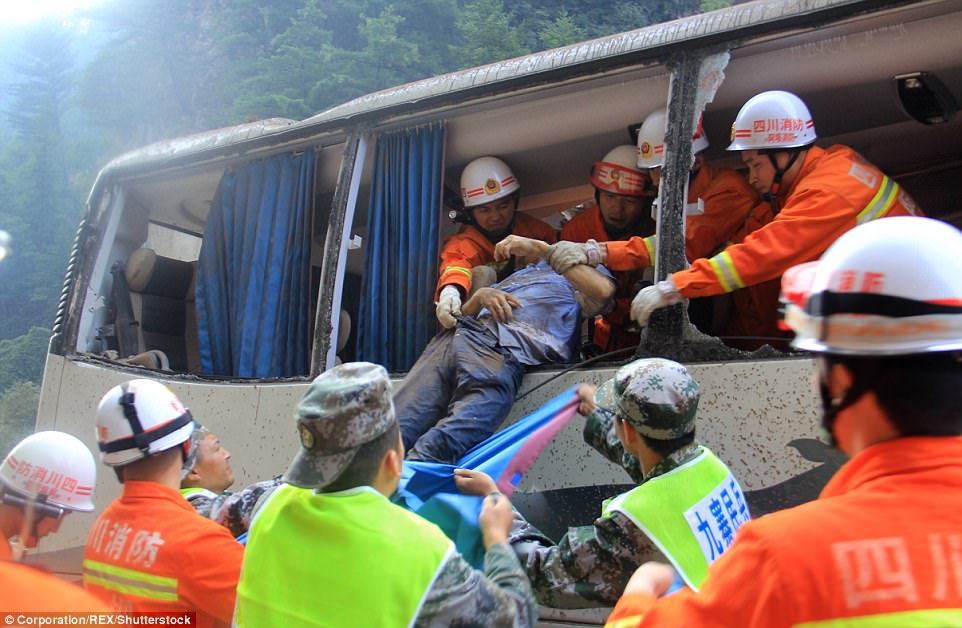 Tending to the hurt: Injured people are pulled out from a bus that was involved in a crash during the earthquake 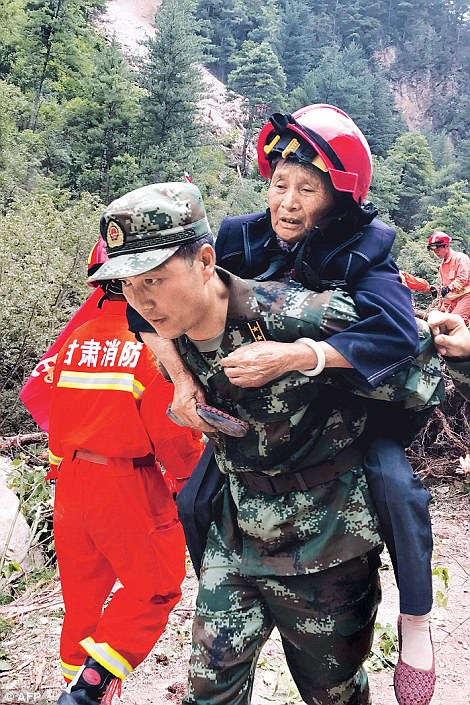 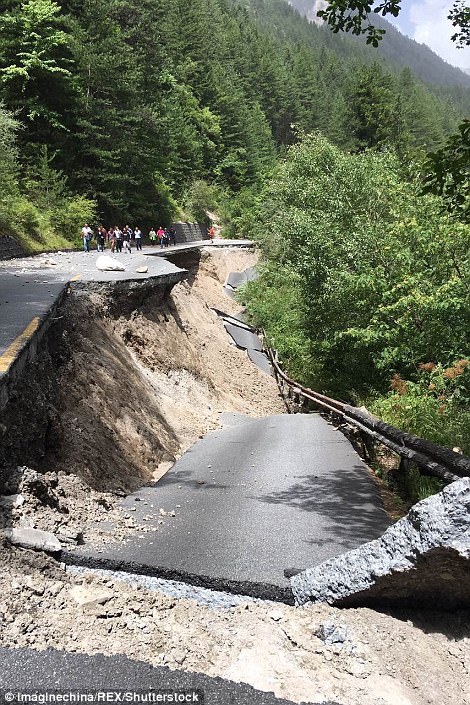 A rescuer helps evacuate a woman following an earthquake in Sichuan province (left). A strip of land between the Sparkling Lake sections collapses at Jiuzhaigou valley 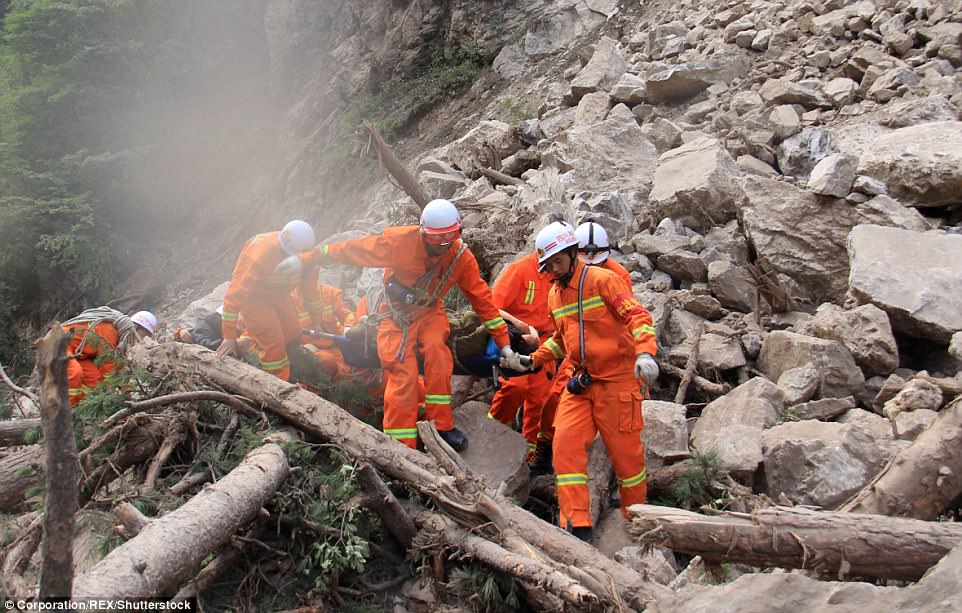 Rescuers work at the scene, Sichuan Province Earthquake hits China. The quake has caused devastation to the region

The area was rattled by a number of aftershocks on Wednesday.

State television said electricity had now largely been restored to the affected areas and the military was also sending rescuers to help with relief efforts. Jiuzhaigou airport was operating as normal after the runway was checked for damage.

State television said electricity had now largely been restored to the affected areas and the military was also sending rescuers to help with relief efforts. Jiuzhaigou airport was operating as normal after the runway was checked for damage. 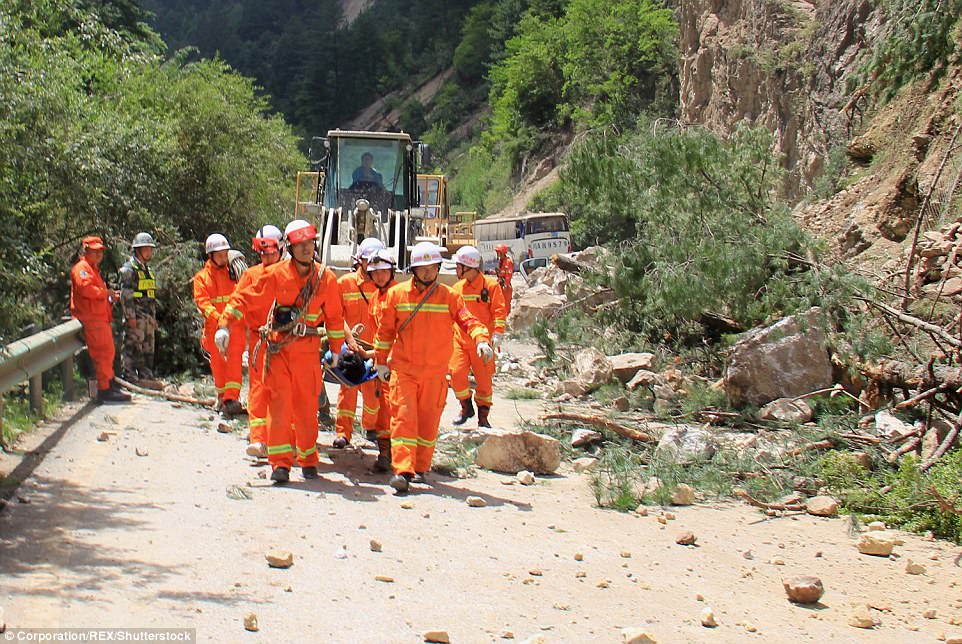 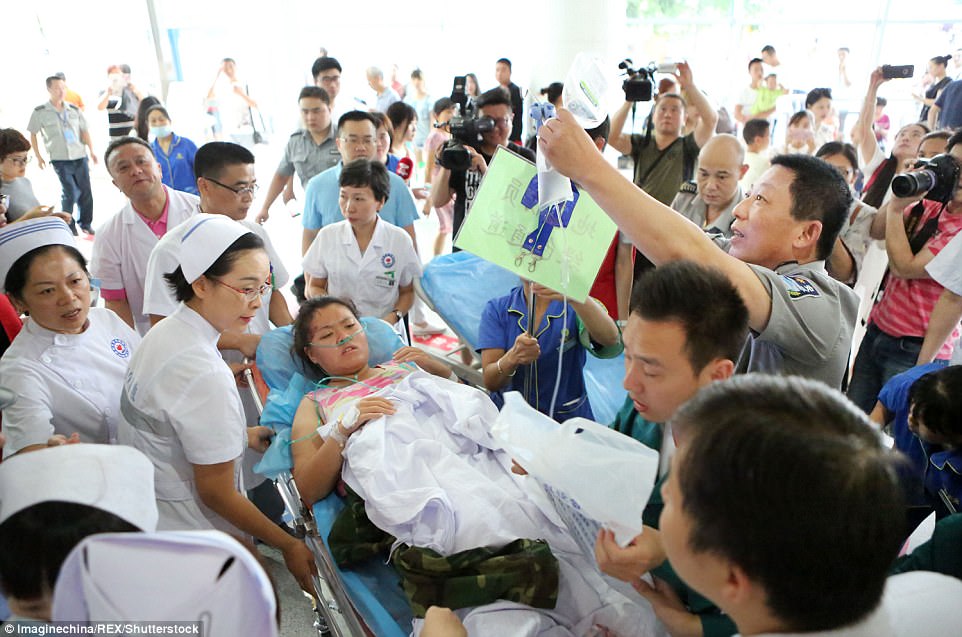 A tourist who was seriously injured in the 7.0 magnitude earthquake is treated at a hospital in Mianyang 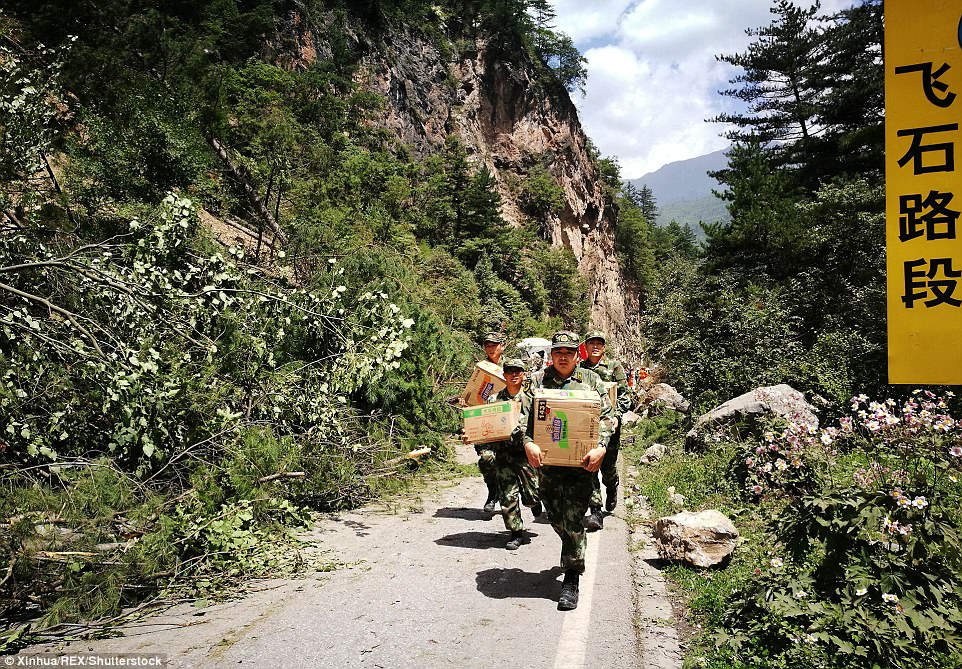 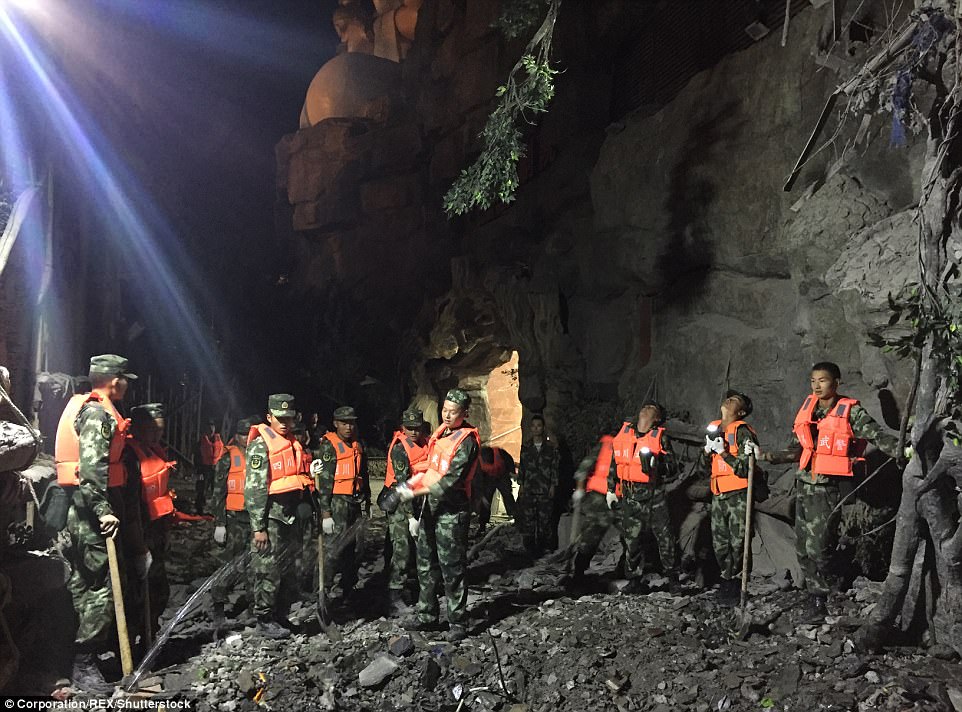