“Are you still single?”

“Each time I answer ‘yes’, my relatives will look a bit downcast before they start doling out their advice,” the 35-year-old Shanghai manager said. “‘You should hurry and get married; don’t be picky.’ That’s what they’ll tell me.”

Xu said she was still single because she had not met many “outstanding men”. She said she was not as concerned about how much her future boyfriend earned as she was about his educational background – he would have to be a graduate from one of China’s top universities.

“A man who has seen a lot and has in-depth opinions will be very charming to me,” she said.

Xu is one of China’s millions of sheng nu (leftover women), a term for women who remain unmarried beyond their late 20s and are thus considered “incomplete”.

In small cities like Xu’s home town of Ganzhou in Jiangxi province, families subscribe to traditional notions that women should be married by the time they reach 25 years of age. People from the more modern first-tier cities such as Beijing and Shanghai, where Xu works, tend to be more open, but only as far as extending the standard age of marriage to 30 years old. Those who do not get hitched by then are often stigmatised. 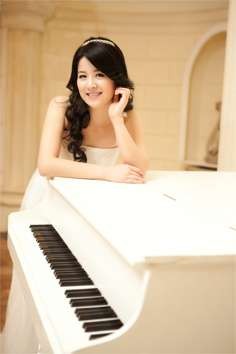 “I’ve been a leftover woman for so many years,” Xu said. “On the eve of every new year, I have only one resolution, and that is to find my Mr Right and get married as soon as possible.”

As Chinese women gain more freedom thanks to higher levels of education, more are postponing marriage to devote greater attention to their careers and other interests.

But the clash between China’s modern society and the traditional values its people still cling on to leaves unmarried women in an awkward position. And the issue is brought to the fore every Spring Festival as they make the annual pilgrimage home.

The “leftover woman” label has received intense media attention in recent years, with critics trying to effect change by raising society’s awareness to the pressure such women face.

In April last year, a video released by cosmetics brand SK-II was widely lauded for saluting China’s “confident, independent and positive ‘leftover women’”. The advertisement encouraged such women to stand up to societal pressure and reject suggestions they were failures for being single.

By any other measure, Xu would be considered a successful woman. She moved to Shanghai for work 13 years ago after graduating with a degree in property valuation from a university in her home town, and has ascended the career ladder, earning about 300,000 yuan (HK$340,000) a year as a manager at a major property development firm.

She said she did not resent her relatives’ prying questions and made no attempt to evade them.

“It’s just my relatives’ way of showing their concern for me,” she said, explaining that she continued to return home for the annual reunion with her extended family as she enjoyed their time together. 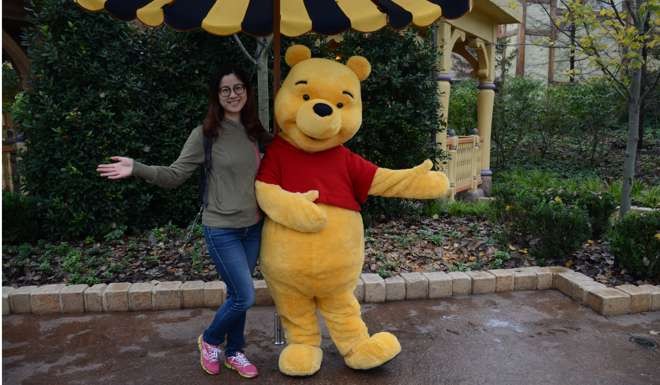 Over the Lunar New Year holiday, also known as Spring Festival, it is common for singles in China to attend a string of blind dates set up for them by their parents during their time back in their home towns. The parents, eager to see their children matched up, rope in relatives and friends to introduce potential partners to their offspring.

But Xu’s week-long stay in Ganzhou will not involve any matchmaking sessions. Her family members did not have a wide range of contacts, she said, and did not know many young people.

Xu is not passively waiting for her Mr Right to appear. She said that four years ago she realised she had to take the initiative to get to know more people, and joined activity clubs and interest groups to increase her chances of finding a husband. She learned about such groups through friends and had heard stories about people who met their spouses through group activities.

One of the groups Xu joined is a travel club, where she meets a wide range of people from different career backgrounds and also gets to satisfy her love for travel. She is also part of a procurement association within the property industry, through which she has expanded her network of contacts as well as brushed up on her professional knowledge.

“I have many more friends now than before,” Xu said. “But I’m afraid the likelihood of me finding a lover doesn’t seem any higher – I’ve had only one boyfriend over the past few years,” adding that she believed the problem was her age.

Her last boyfriend was introduced to her by a mutual friend. Their relationship ended in 2015 after three months. The man, four years younger than Xu, cited a mismatch in their personalities when proposing the break-up.

“But I know he felt inferior to me,” she said. “He once said he was upset he could not afford to buy me an apartment.”

In Chinese society, it is common for the man to be expected to buy his prospective wife a flat before her family will consent to their marriage. Xu’s ex-boyfriend works for a leading telecommunications equipment manufacturer and is paid better than most other Shanghai residents. But she said the city’s high cost of living made it impossible for him to afford his own property.

While Xu hopes to find a partner eventually, life as a single woman has its perks too. 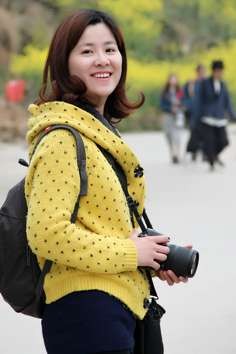 As Xu’s workload is heavy and involves long hours of working deep into the night and over weekends, she finds herself at an advantage in her career as she is not bound by the family obligations a married woman would have.

Still, she confesses to feeling lonely when she encounters difficulties in life without someone by her side. Nonetheless, she is adamant she will not settle for just anyone who comes along.

“I love children. So whenever I see them, I yearn to have one too,” Xu said. “But I will not get married for the sake of marriage itself.”

Xu, who now considers herself almost an expert in identifying a man’s merits and shortcomings after meeting so many men over the years, recounted meeting a promising young entrepreneur set up by a friend.

“I rejected him at first sight,” she said. “It was our first meeting and he wasn’t dressed neatly. This means he does not respect me.”

Many of her friends did not understand why she turned the man down. To them, he had all the makings of a good partner as he owned a house, a car and a promising business, she said.

Renting a boyfriend for the Spring Festival – a practice becoming more common as businesses sprout up to cater to the demands of singles desperate to please their parents and relatives – was out of the question.

Her parents were anxious for her to marry, Xu said, but they had not put much pressure on her. “They want me to live happily, whether I’m married or not,” she said.

For now, Xu remains upbeat about prospects of finding her Mr Right.

“There is a popular saying that when a flower blossoms beautifully, butterflies will naturally be attracted to it,” she said. “What I should do now is to improve myself in various aspects in preparation to meet a better man.”

xinjiang editor - 04/12/2019
0
The US House of Representatives has overwhelmingly approved a bill that would require the Trump administration to toughen its response to China's crackdown on...

US opened a huge new facility in Taiwan, and China isn’t happy

Politics editor - 18/06/2018
0
While the world's eyes were glued to events in Singapore last week, the United States was holding another important - and controversial - diplomatic...

Money editor - 08/05/2017
0
China's foreign exchange reserves rose in April for a third straight month, beating market expectations, as capital controls and a pause in the dollar's...

Business editor - 25/11/2017
0
At first glance the photos vaguely resemble a painting. On closer inspection it might be a giant sculpture or some other art project. But...

hong kong editor - 30/09/2019
0
China has quietly more than doubled its deployment of mainland security forces in Hong Kong, according to foreign envoys and security analysts, in the...

In China’s cities, young people with rural ties are angry

US china editor - 29/11/2020
0
Xi’s Chinese Dream is for China to dominate the world, but President Trump is in the way The Chinese Communist Party (CCP)’s ambition for global...

Art & Entertainment editor - 09/10/2019
0
The creators of satirical animated series South Park issued a mocking "apology" to China after media reports that episodes of the show were no...

US china editor - 25/03/2021
0
Secretary of State Antony Blinken went after China and other "autocratic states" during his first official European engagement Wednesday, addressing a meeting of NATO...

When Premier Li is not safe with his words, who can tell the truth...

chinese government editor - 07/06/2020
0
Chinese Premier Li Keqiang was requested for a self-criticism with the Communist Party after he revealed the livelihood truth of half the country's population...

Money editor - 16/05/2017
0
HONG KONG — A global cyberattack spread to thousands of additional computers on Monday as workers logged in at the start of a new...