The controversy surrounding a real estate project the Kushner family is touting to wealthy Chinese as a path to an American green card has done nothing to weaken its appeal to potential investors.

The opposite appears to be happening: confidence in the project is growing, with attendees of the latest roadshow in Shenzhen over the weekend saying success was almost guaranteed given how embarrassing failure would be for the Kushners and their most famous extended family member – US President Donald Trump. 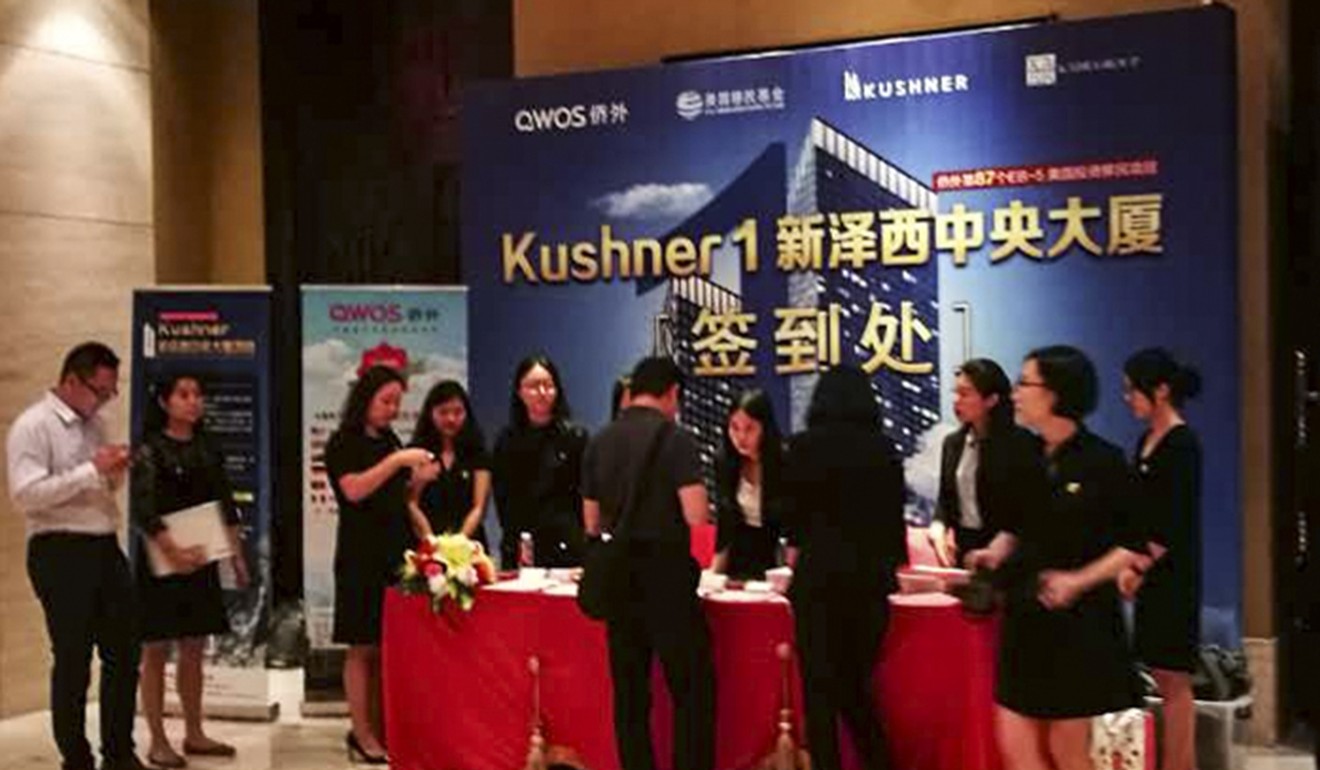 “Now that it’s under scrutiny in China and America that the Kushner family is the developer of the property project, I believe Kushner Companies will try their best to complete the project and return the US$500,000 [investment] to every investor,” said Jiang Jiaxing, who took part in a promotional event on Saturday.

Kushner family withdraws from presentation in Shenzhen this weekend after furore

“If the project is unfinished at the end and leads to great losses to a lot of overseas investors, it would become a huge international scandal for the Kushner family, as well as Trump. I don’t think he would allow that to happen.”

Kushner Companies, in partnership with Beijing-based Qiaowai, has been touring major mainland cities seeking US$150 million in backing for One Journal Square, a residential project in New Jersey. Potential investors are also told about the EB-5 visa programme, which grants foreigners a US green card in exchange for investing US$500,000 or more in a qualified project. 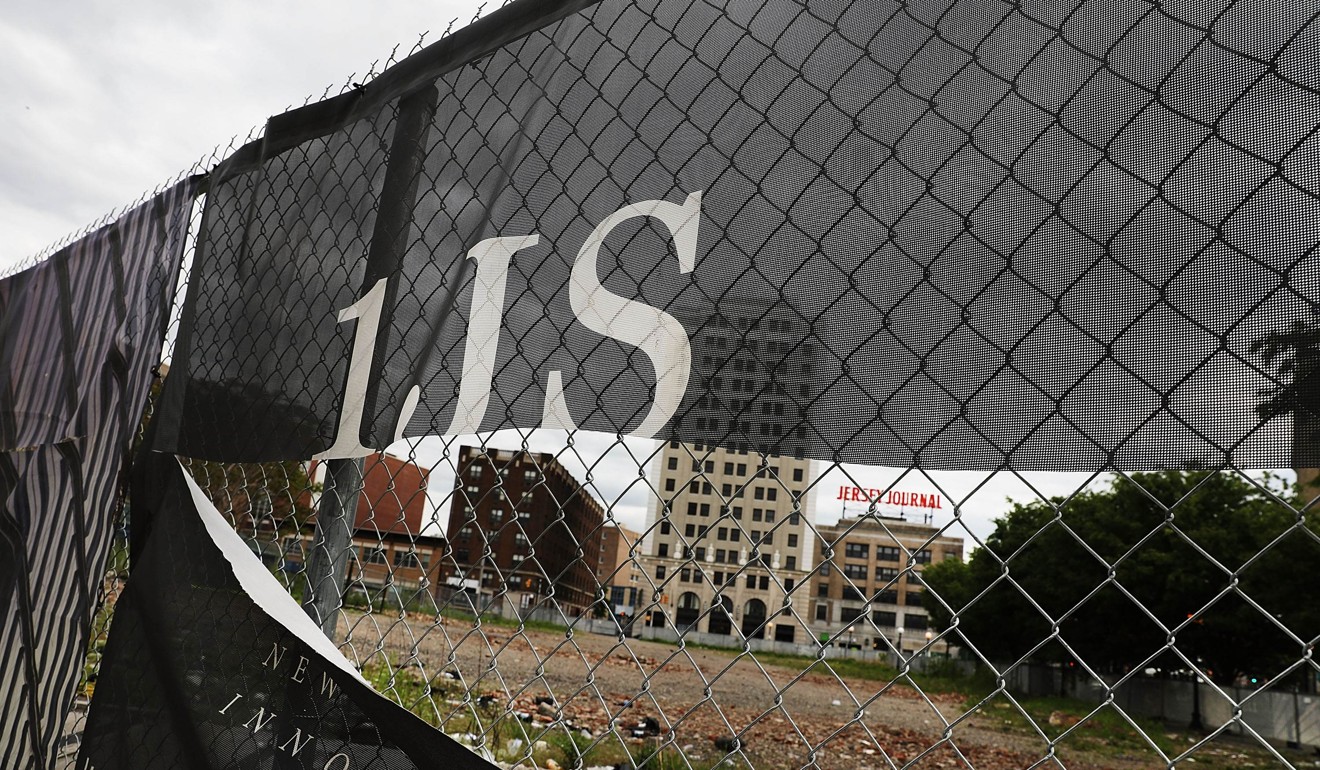 Company employee Nicole Kushner Meyer appeared at marketing events earlier this month in Beijing and Shanghai, where she mentioned her brother, Jared Kushner, an adviser to Trump and who is the husband of Ivanka Trump, also a presidential adviser.

Reports of the event in US media led to accusations the family was touting its White House connection to wealthy Chinese. The company later apologised and said no Kushner family member would attend the promotional events this weekend.

But the absence of family members didn’t bother potential investors who showed up in Shenzhen. The involvement of the Kushners was the best guarantee for project’s success, they said.

“I trust Trump’s son-in-law,” said Hugo Lee, one 35-year-old attendee. “Compared to other EB-5 visa programme developed by unfamiliar American developers, Kushner is already the most credible and well-known choice for Chinese investors.”

Liu Zhenbiao, who runs a company in Guangzhou that helps wealthy mainlanders make real estate purchases overseas, said the programme was facing uncertainty amid criticism it was simply a scheme to sell US visas to the wealthy.

“It’s not rare that Chinese investors lose their US$500,000 and cannot get a green card in the end,” Liu said. Some Chinese were now turning to the EB-3 visa for skilled workers, professionals and the employment-based immigration visa EB-1, Liu said.

Chinese Australians: up where we belong

World editor - 30/01/2019
0
Friends, this is the second time of live-streaming today. This video is specially recorded for North Korea’s current leader Mr. Kim Jong-un and MS...

World editor - 22/07/2017
0
A Chinese spy ship has been operating off Australia’s northeast coast at the same time local and US forces are taking part in joint...

Business editor - 02/04/2017
0
China announced Saturday it would establish the Xiongan New Area in Hebei Province as part of measures to advance the coordinated development of the...

China is building 30 ‘sponge cities’ that aim to soak up floodwater and prevent...

Society editor - 12/11/2017
0
Like many places around the world, Chinese cities are considering ways to combat flooding in the face of climate change. Increased urban development has made flooding...

Society editor - 16/09/2017
0
At first glance, it could be the courtly maze of an English country manor - albeit with some rather large gaps. But a tech-savvy eye...

What the world’s largest shopping day says about China

Society editor - 11/11/2017
0
I still remember growing up in communist China in the 1970s, when my mother and neighbours would use their ration tickets to buy meat...

Business editor - 03/05/2017
0
Chinese diplomats threw protocol and respect out the window when they loudly disrupted a welcome ceremony at an international conference in Australia, sparking sharp...

Business editor - 05/05/2017
0
China's first large domestically made passenger aircraft has completed its maiden flight, mounting a major challenge to Boeing and Airbus. After about 90 minutes in...

If Biden wins, the CCP wins

US$8.7 billions fine tells the world that the CCP is a Mafia-like organization of...

Guo Wengui editor - 13/10/2018
0
The Dalian Intermediate People’s Court yesterday levied a 60 billion yuan (US$8.7 billion) fine against a company said to be controlled by exiled billionaire...

Facing an aggressive Beijing, Taiwan’s president issues a warning to the world

taiwan editor - 20/02/2019
0
Taiwan President Tsai Ing-wen has sent out a warning to Asia in the face of mounting aggression from Beijing. In an exclusive interview with CNN, Tsai...

migrants editor - 25/10/2019
0
The FBI’s investigation of a transnational espionage case in which a Chinese intelligence official was extradited to the United States from Belgium to stand...