Here’s why, and what to expect.

Chinese foreign and economic policies shape much of Asia. China’s ever-growing efforts to build and fund infrastructure around the subcontinent through initiatives such as One Belt, One Road have obvious impact on smaller countries that might otherwise struggle to finance their own projects. Neighbors from Japan to India are watching China for foreign policy cues that affect their iffy diplomatic relations with the region’s major power.

The twice-per-decade Congress determines leadership of the one and only ruling party. Today’s general secretary, Xi Jinping, also the Chinese president, is expected to score another five-year term and try packing the party’s leadership with more people who like him. Party delegates can also chart national policies that would unwind over the following months into recognizable ambitions and actions. So it makes sense that older policies or initiatives may hibernate ahead of the Congress, to be rejigged and reawaken afterwards.

What we’re waiting for

As Asia holds its collective breath for Oct. 18, it’s most likely to be awaiting outcomes on the following hot topics:

China claims sovereignty over democratically self-ruled Taiwan, which is just off its southeast coast. It intends to unite with the island someday, problematic because most Taiwanese like their autonomy. A new term for Xi may either make him grittier toward Taiwan, meaning China would ramp up corrosive economic and diplomatic pressure on the Taipei government — yet still softly enough to leave a door open in case the two sides find a way to talk. Xi could also use his new five-year window of time to be nicer to Taiwan while looking for new ways to work with it politically, one scholar in Taipei believes.

China’s president has plentiful support in the party for pushing national interests in sovereignty disputes with other countries as a “narrative that China is reclaiming its past glory on the world stage,” The Brookings Institution writes in a piece. Whatever emerges from the Congress, Beijing will probably continue to pressure on four Southeast Asian countries with rival South China Sea claims, on Japan because of an East China Sea sovereignty dispute and on India due to unsettled border issues.

Expect more coordination by Beijing on the South China Sea, says Jinghan Zeng, senior politics and international relations lecturer at Royal Holloway, University of London. Since 2010 China has angered other claimants with military buildup, construction of artificial islands and passing coast guard vessels near other countries. It also has “sent mixed and sometimes self-conflicting messages,” Zeng says. That’s due to competition within China among state oil drillers, a provincial government and the navy, he says. “A stronger Xi in charge will lead to more coordination of those organizations and point to a more coherent foreign policy of China,” the lecturer says.

Support, or not, for North Korea 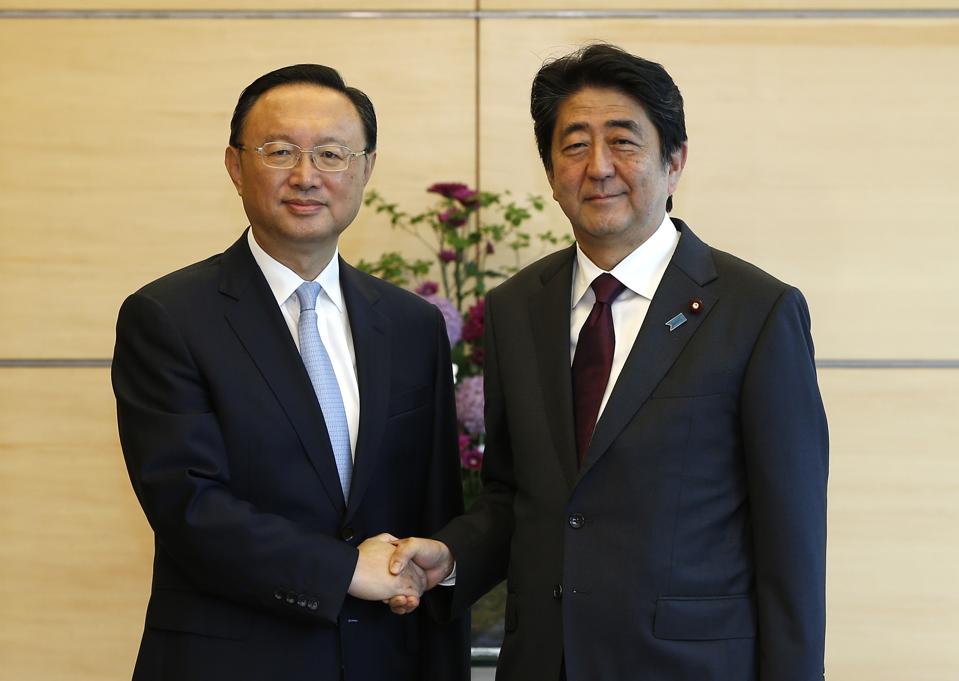 Delegates will have a chance to develop a more consistent response to North Korea. The rogue country that worries Japan, South Korea and the United States because of its rapid military development is an old Communist pal of China. China gives it fuel and food aid to head off a collapse that could flood Chinese territory with refugees.

North Korea’s detractors want China to use its cozy relations to talk North Korea down from the military expansion. China might try adding pressure on Pyongyang as long as those other counties stay quiet, Zeng said. Xi could also use newfound “political capital” to “take more decisive measures against his troublesome neighbor,” this piece by the China Policy Institute at the University of Nottingham says.

Results of this year’s Congress are expected to give a new push to the One Belt, One Road program, a 4-year-old effort to form a trade and investment network for Chinese companies in dozens of emerging markets around the continent. We might see “new initiatives” under a newly emboldened party leader, Zeng says.

The country’s own economy, worth more than $11.2 trillion, influences the rest of the world even without belts and roads. Delegates to the Congress are tipped to advocate a stronger market economy (despite a large measure of state control) and smarter operations by state-run companies that may still not run on a for-profit model. To that end, some “zombies” may be “put out of their misery” and others consolidated in part so they can compete globally, says Scott Kennedy, deputy director of the Freeman Chair in China Studies with the think tank Center for Strategic & International Studies.

hong kong editor - 20/08/2019
0
The UK Foreign Office has expressed concern over reports that a Hong Kong consulate employee has been detained at the Chinese border. Media reports say...

Guo Wengui editor - 07/03/2019
0
The scandalous Chinese conglomerate HNA Group has told the New York court to withdraw its defamation lawsuit against Miles Kwok. The Notice of Motion to...

US china editor - 02/06/2020
0
The ANTIFA，an American terrorist group, operated by The Communist International, is working along with the CCP, carrying out a series of attacks in the...

Politics editor - 07/04/2017
0
Chinese President Xi Jinping has arrived in Florida for a high-stakes summit with US President Donald Trump. His plane landed at West Palm Beach where...

Dalian Wanda, in a Switch, Sells Assets to 2 Chinese Companies

Trade editor - 23/08/2018
0
President Donald Trump's trade war with China looks increasingly like it could be a long-term reality, as talks between the two sides in Washington this...

How China tried to shut down Australian media coverage of its debt-trap diplomacy in...

Business editor - 28/02/2017
0
CHINESE smartphone maker Oppo unveiled a feature that could make people walk away from the big players — a camera that has five times...

Society editor - 19/12/2018
0
I want to share my reflections with you, school mates, entrepreneurs, and everyone who is sitting here today. In 2018, the Chinese government has three...

World editor - 17/11/2018
0
The trade war, the economic war, the confrontation in South China Sea and possibly an exchange of gunfire across the Taiwan Strait ... This...

World editor - 05/04/2017
0
Press. Xi presented a birthday cake to the spouse of Finnish President Sauli Niinisto, Jenni Haukio. Because the birthday of the Ms. Haukio coincided with the day...

Remarks by President Trump on trade talk with China

hong kong editor - 06/01/2021
0
On the Mass Arrests of Democracy Advocates in Hong Kong Today’s arrests of more than 50 politicians and pro-democracy advocates by local authorities in Hong...

Jetstar muscles in on flights to China

Business editor - 23/06/2017
0
Jetstar says it will be flying non-stop between Australia and China under a new charter arrangement before the end of the year, as it positions itself to...

Selected remarks on China by Donald Trump at G7 Summit

News editor - 27/08/2019
0
When having a closing press conference jointly with the French President Macron PRESIDENT TRUMP:  I think they want to make a deal very badly.  I...

Guo Wengui editor - 16/11/2019
0
Dear warrior friends! Today is October 16 and I am having a live broadcast for peace. Before I go into the developments in Hong Kong,...