China is a footstep away from winning the tender for Phase 1 of the Middle Eastern ‘Red-Dead’ water project, launched by Israel, Jordan and the Palestinian Authority. Israeli and Chinese experts have commented to Sputnik on how it could help Beijing to strengthen its presence in the region.

China National Technical Import and Export Corp. has been shortlisted for Phase 1 of the “Red-Dead” water project launched by Jordan, Israel and the Palestinian Authority. The other four finalists are Hong Kong’s Hutchison Water International Holdings, South Korean Korea Water Resources Corp., Japan-based Mitsubishi Corp. and France’s Suez International SAS. The results of the tender are to be announced by the end of June.

The project has been jointly developed by Jordan, Israel and the Palestinian Authority, which all share the shoreline of the Dead Sea and the Jordan River, which runs into this closed lake. 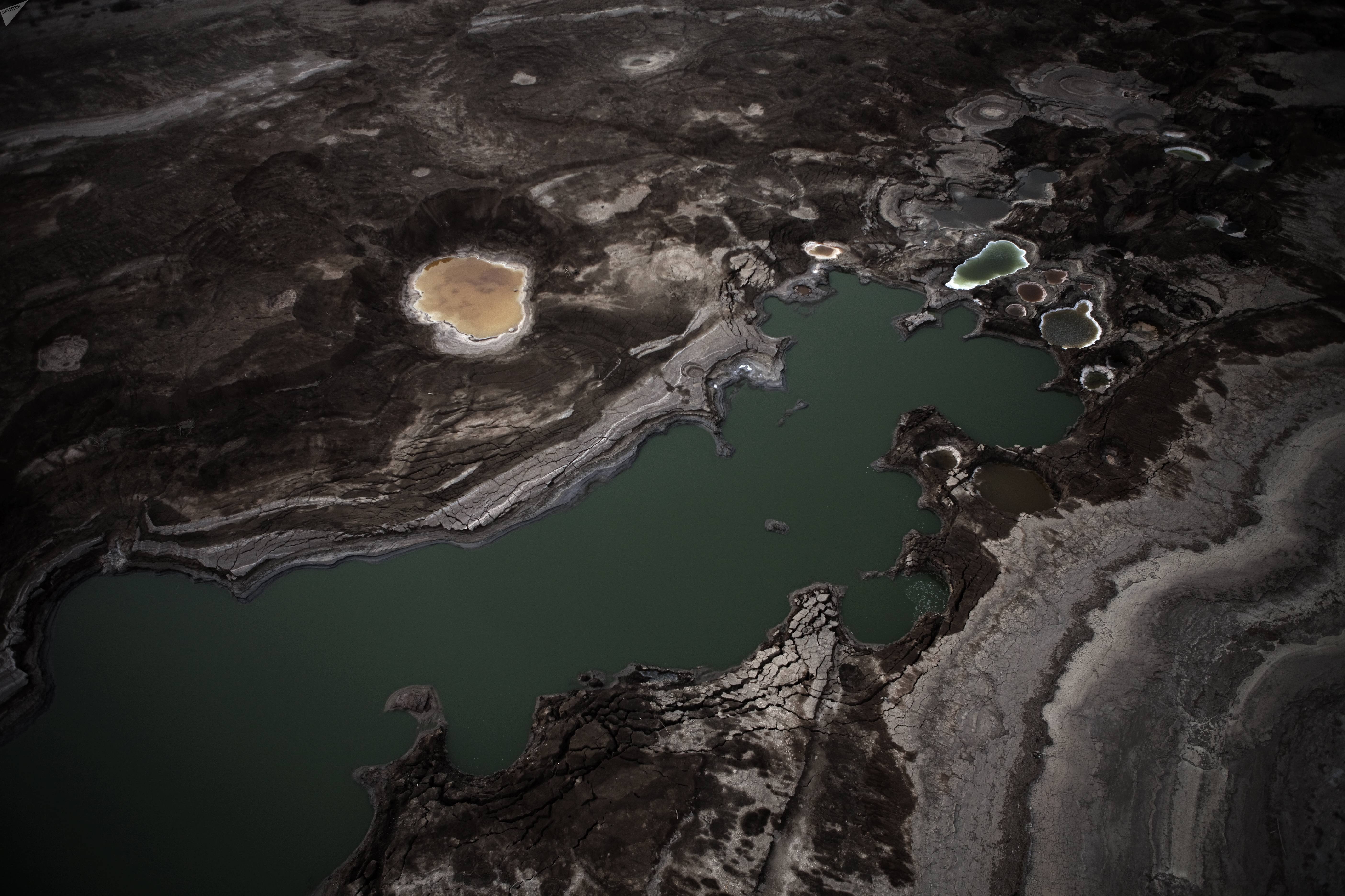 The Dead Sea’s water level has been dropping at a rate of 1 meter per year. Today the shore lies nearly half a kilometer away, across dry sand.

Known as “Red-Dead”, the $1.1 billion infrastructure project is expected to divert 2 billion cubic meters of water from the Red Sea, pipe it into the Dead Sea, stabilizing its level and creating drinking water for a region facing a serious water shortage. Construction is scheduled to begin in the first half of 2018.

The pipeline will start at Aqaba, the Jordanian port, where a desalination plant will be built. It will run through Jordan, generating hydroelectric power from its final stretch when it plunges several hundred meters below sea level into the Dead Sea, the world’s lowest land elevation.

Freshwater from Aqaba will be bought by Israel’s southern Arava region; Jordan will buy Israeli water from the Sea of Galilee; and the Palestinian Authority will buy water from an Israeli desalination plant as part of a water swap.

“The state-owned Chinese company’s success in reaching the short list for the project’s initial phase could pave the way for other Chinese firms to seek work on the project, especially as Beijing pushes investment and infrastructure to the region and beyond under the massive Belt and Road Initiative,” South China Morning Post quoted Israel’s Minister of Regional Cooperation Tzachi Hanegbi as saying on the sidelines of the recent Beijing forum on China’s Belt and Road infrastructure and trade strategy.Bringing Israel and the Palestinians together on a project such as Red-Dead “is probably the basis for gaining trust,” Hanegbi said. If the Chinese company wins the contract, it would represent one of the few countries that has maintained good relations with both the Palestinians and Israel amid their decades-old conflict.

Israeli political analyst and publicist David Sharp told Sputnik that no details have been revealed on what advantages the finalists will highlight in order to sidestep the rivals. Thus it is hard to suggest who is going to win. 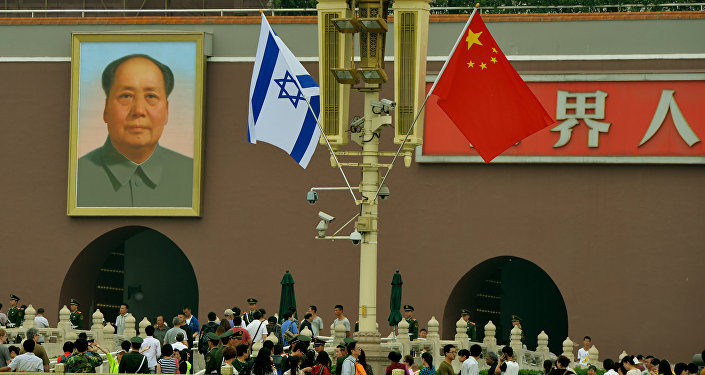 “Israel usually does not reveal any deep and serious analyses and forecasts ahead of the results of a tender, especially for such a complicated infrastructure project. Thus it is hard to suggest who the real leader is and who is an outsider,” he told Sputnik.The political analyst said that the Chinese companies have been long present in Israel and have been working on serious projects. There will be no prepossession towards the Chinese companies and their cooperation with Israeli enterprises.

“Israel, in this sense, is neither the US nor Western Europe. I don’t think that the Chinese company participating in this tender will be somehow discriminated on the ground of the origin of investments or the fulfilment of contracted works,” David Sharp said.

According to recent data released by Reuters, last year, Chinese investment into Israel jumped more than tenfold to a record $16.5 billion, with money flooding into the country’s buzzing internet, cybersecurity and medical device startups.

Such an inflow was caused by the US’ reluctance to open its market for China, increased US protectionism and a tougher regulatory stance.

In contrast, Chinese bidders scrapped a record $26.3 billion worth of previously announced deals from the United States in 2016, the data show.

For Chinese buyers, Israeli assets are not only more easily accessible than in the United States, they are also often cheaper, according to lawyers and bankers.While making their forecasts for who is going to win the Red-Dead tender, experts note that China has become the largest world importer of Dead Sea cosmetics and Dead Sea mineral products. This opens new opportunities for cooperation of Chinese capital with the Israeli manufacturers of these products.

Chinese corporations, which have bought into Israeli chemical production, are participating in the mining of mineral raw materials for the Dead Sea products.

In 2011, China National Chemical Corporation acquired Adama, which produces pesticides, for a price of $2.4 billion and in 2015 the Chinese company Bright Food acquired a controlling stake in Israel’s largest producer Tnuva, which is heavily involved in dairy goods.

All the above gives ground to suggest that China National Technical Import and Export Corp. remains the key candidate for the Red-Dead tender. Besides, experts note, there have been almost no losses of Chinese large companies in tenders for large-scale international projects apart from cases when the organizers intentionally leave them out for political reasons.

Liu Ying, an expert of Chongyang Institute for Financial Studies at Renmin University of China told Sputnik that China intends to go to the very end in this project and explained why the project and its scale are very attractive to Beijing.

“The project suggests construction of desalination plants and will be a large-scale ground for international cooperation and the sharing of advanced technologies in this sphere,” he told Sputnik.

The fact that the Chinese company has been shortlisted for the tender, he said, means that China has been internationally recognized in the sphere of high technologies. 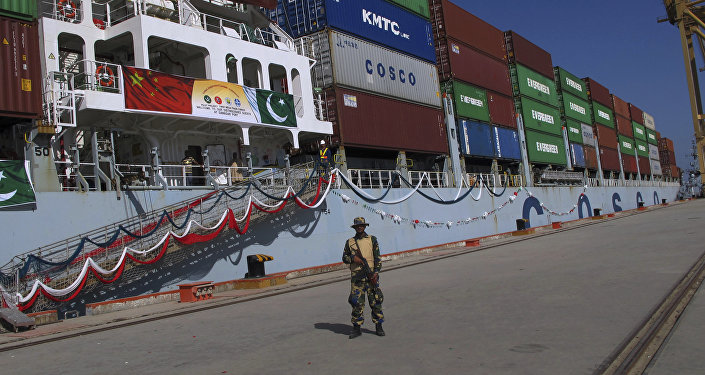 All three countries, which share the shoreline of the Dead Sea, the expert said, are key players in the Chinese New Silk Road project. And cooperation with them will contribute to the implementation of the One Belt, One Road initiative.If the Chinese company wins the tender, it will become China’s third largest infrastructural project in Israel, after Red-Med rail project, which will connect the Israeli Red Sea port town of Eilat to the Israeli port of Ashdod on the Mediterranean and the Tel Aviv Light Rail project, a mass transit system, which will include different types of rapid transit including a light rail network (which will run underground in some areas), buses and more.

It will only strengthen China’s geopolitical presence in the Middle East and its influence on key regional players, the expert concluded.