Chinese investment in Israel rose tenfold in 2016, with tech a key sector, according to data from Thomson Reuters. We spoke to someone on the ground in Tel Aviv to get the full picture and heard how cultural similarities, governmental ambitions, and legal changes are all at play – and how the good times may already be over.

Chinese VCs and tech firms have long been investing in the US and increasingly in southeast Asia, and just last week Xiaomi announced it was pushing its brand in India opening its first store there this month with a 100 to follow. Investment in Israel has also been growing fast. From 2011 to 2016, Chinese investment in Israeli tech has seen 50% year-on-year growth.

According to a new report by Reuters, Chinese investment in Israel, in general, was up tenfold in 2016 to $16.5 billion, with money being poured into internet, cyber-security and medical startups. The report cites increased protectionism in the US in late 2016 as one of the factors for the switch in target countries, as the data shows a surge in investment in Israel just when the US regulations kicked in. In 2016 Chinese investors dropped $26.3 billion of previously-announced deals in the US.

So why Israel? One of the key points is that Israel is great at innovation but less good at developing and monetizing, creating opportunities for cash-rich Chinese firms and VCs.

“There’s real innovation happening due to Israeli-specific factors… There’s a lot of people here being trained in the military to be very technical, very innovative and independent with how they apply that,” says Sean Coyle, a British-Israeli now working for an Israeli cybersecurity startup after a decade in management consulting in China for tech clients. 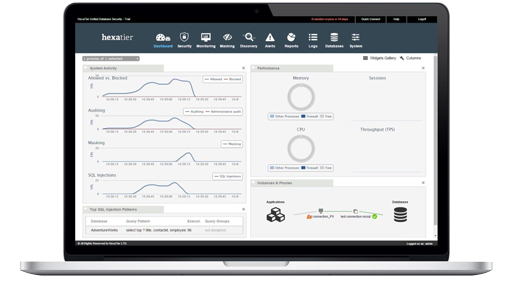 “They’re very good at developing technology here, not so good at scaling up. You see a lot of early exits in Israel as a result. IPOs like Check Point or Mobileye getting bought by Intel aren’t the norm. But they tend to exit early. Israelis are very good at developing innovative technology with limited resources, but they don’t have as strong a track record at creating polished products and scaling the business so tend to want to sell out early, which is why you get a lot of companies that essentially are being acquired for their technology and are then incorporated into other companies,” Coyle tells us.

More investment-minded startups are proactively courting the Chinese. “I know a number of people who are actively looking for investment from the Chinese. China’s a huge market – an Israeli company can scale massively by getting into the Chinese market,” says Coyle.

As well as the availability of innovative technologies, there are cultural and political conditions conducive to Chinese-Israeli deals. “There’s a cultural angle,” according to Coyle, “I think you could argue that there are significant commonalities between Israeli and Chinese culture. Both come from a very dynamic and disruptive environment where you kind of need to try a lot of things very quickly and maybe not do everything properly, but you find a way to do things – it doesn’t always look pretty.”

Politics are also important, having both a positive and negative effect. “Israel is very big on relationships, like China, and there’s probably a little bit more respect for that here than in America,” says Coyle. Reuters cited Israeli Prime Minister Benjamin Netanyahu as claiming Israel is the “perfect partner” for China in technology development.

And the money has rolled in, to various effects. “In the last couple of years, there’s been a noticeable influx of Chinese money into Israel. It’s pushed up the deals valuations considerably, making it more expensive for all the other VCs, local or otherwise, to invest,” says Coyle. “And that’s not necessarily a good thing – it depends on the company and how smart that money is. If you’ve got someone who’s not knowledgeable and putting down a large heap of money, you’re going to end up with a lot of companies that are over-inflated and they’re going to struggle to justify their valuation. That’s already a problem as one thing you’ll see in Israel is that [founders] tend to exit early.”

However, despite the knock-on effect of investment being redirected away from the US due it putting up the barriers, Chinese regulation has also put brakes on the flow of Chinese money into Israel for acquisitions, meaning the peak may already have passed. In November 2016 the State Council first announced plans to curb overseas investment as part of a plan to reduce capital flight and downward pressure on the yuan.

Sean Coyle has seen the impact first-hand: “I’ve heard of at least one company here that got bid for by a Chinese tech firm against another VC. The Chinese were putting significantly more on the table, but the deal ended up not going through partly because of the regulations and now valuations are starting to go down, it would appear.”

A bit of breathing space in the Israeli investment spree may not be amiss as, according to Coyle, “[t]he Chinese haven’t been that nuanced at early-stage investment, haven’t been that people-oriented and have just put in a lot of money. Early stage tech is all about people because you need to be able to work with the entrepreneurs. If they walk around putting large sums on the table, the Chinese investors are risking both self-selecting bad investments since good entrepreneurs will choose others and raise valuations in the whole market.”