The Syrian ambassador to China has said that upward of 5,000 ethnic Uighurs from China’s far-west Xinjiang province are fighting in and amongst jihadist groups in Syria.

The Chinese government has warned in the past of the burgeoning Muslim insurgency within its borders, pointing the finger at the Uighurs for terrorist attacks inside China’s borders. 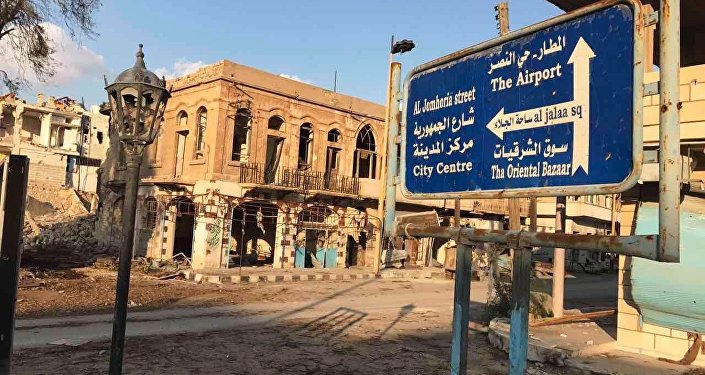 The Uighurs have long framed their attacks as resistance to a Chinese state that tries to impose its will upon them by curtailing their cultural customs and religious practices. The Uighurs often cite Chinese government religious restrictions as symptomatic of China’s intolerance of their religious freedom.

The Uighur are a mostly Sunni Muslim minority people who speak a Turkic language and reside in the northwestern province of Xinjiang.

Many of them have gone to Syria and Iraq to fight for different — and sometimes competing — jihadists groups that are embroiled in battle against the respective governments of those countries.

The Syrian government has blamed Turkey for allowing its territory to be used as a thoroughfare by Uighur jihadists. Due to their Turkish origin, Uighurs sometimes receive help from Turkey when fleeing China, which has proved to be a bone of contention between Beijing and Ankara. Although the Chinese government has made efforts to block the illegal departure of Uighur fighters from China through other routes, namely through Pakistan, so far it has been to no avail.

This is not the first time that the Uighur presence in Syria has been documented. Back in March of this year, the Israeli government released a report in which it documented that upward of 3,000 Uighur fighters were in al-Qaeda and Daesh in Syria. The report also noted how as a result, the Chinese government increased its support for, and involvement with, joint counterterror strategies with President Assad. Mr. Assad echoed this in an interview with a Hong Kong-based news network, saying that ties with China were “on the rise.” He added that there was “crucial cooperation” between both governments.

Hundreds of people have been murdered in Xinjiang over the past few years, predominantly in conflicts that often occur between the Uighur people and China’s ethnic majority, the Han. The Chinese government has long argued that the Uighur community has been intercepted by Islamist doctrine, leading some members of the Uighur community to proclaim jihad against the Chinese state.

The Syrian ambassador to Beijing, Imad Moustapha, is quoted as saying that while some of the Uighur fighters in Syria are mobilized around the flag of Daesh, most of them are battling under “their own banner” to promote their cause of separatism from the Chinese state. This aligns well with Beijing’s central claim that the Uighur militias, far from open to negotiation, are an irredentist group looking to carve our their own autonomous state.

The Turkistan Islamic Party is one such group. It began distributing videos of its jihadists in Syria in 2013. The videos reportedly led to a swell in the ink and file of the group.

“Our estimated numbers, because of the numbers we fight against, we kill, we capture, we wound, would be around 4-5,000 Xinjiang jihadists. China, as well as every other country, should be extremely concerned,” Mr. Moustapha said.

Uighur who live in exile have often argued that many of their fellow countrymen flee China to other countries, particularly Turkey, to escape Chinese repression, which is an allegation Beijing has always denied.

In reference to China’s policy vis-a-vis Syria, ambassador Moustapha is quoted as arguing that:

“They don’t have a mixed message. They understand the true nature of the ultra-Islamic jihad doctrine of these groups.”

Beijing is due to hold a summit on China’s new Silk Road plan, which aims to build stronger bridges between Asia, Africa, and Europe with investments worth billions of dollars. According to reports, the Syrian government will send a delegation. In addition, China has also expressed its interest at getting involved in the post-conflict reconstruction in Syria, when possible. The Syrian President has claimed that Chinese businessman have already taken trips to his war-torn country in order to survey the possibility of rebuilding projects.

© AFP 2017/ ISABEL INFANTES
People wave a Chinese and a Union flags as they pose for photographs during a photcall to witness the departure of a freight train transporting containers laden with goods from the UK, from DP World London Gateway’s rail freight depot in Corringham, east of London, on April 10, 2017, enroute to Yiwu in the eastern Chinese province of Zhejiang.

In the early days of the Syrian war, China chose to stick to its stated policy of “non-intervention.” However, as time went by, Beijing recognized the staying-power of Bashar al-Assad’s government and by mid-2015 Chinese delegations, including military ones, started arriving in Damascus to aid the besieged Syrian leader.

Assessing China and Russia’s Moves in the Middle East

The Pentagon wants money for China, but troops are stuck in the Middle East