“I was an industrial engineering student at University of Florida, and I saw a group of people ride around campus standing completely upright on giant wheels,” he recalls. “They were Segways. I thought to myself, ‘those are very cool, but they’re a bit bulky and unwieldy.”

An avid in-line roller skater (aka roller blades to anyone who grew up during the ’90s) since he was a child growing up in Southern China, Liu wondered if those electric wheels could be implemented onto footwear instead, removing the bulky platform connecting the two wheels.

Fast forward to today, and Liu is getting ready to launch that dream via crowdfunding. For the past three years, he had been hard at work building the Blizwheel — a product that combines his lifelong love of roller skates and the “personal transportation vehicle” trend such as scooters, hoverboards, and of course, Segways. 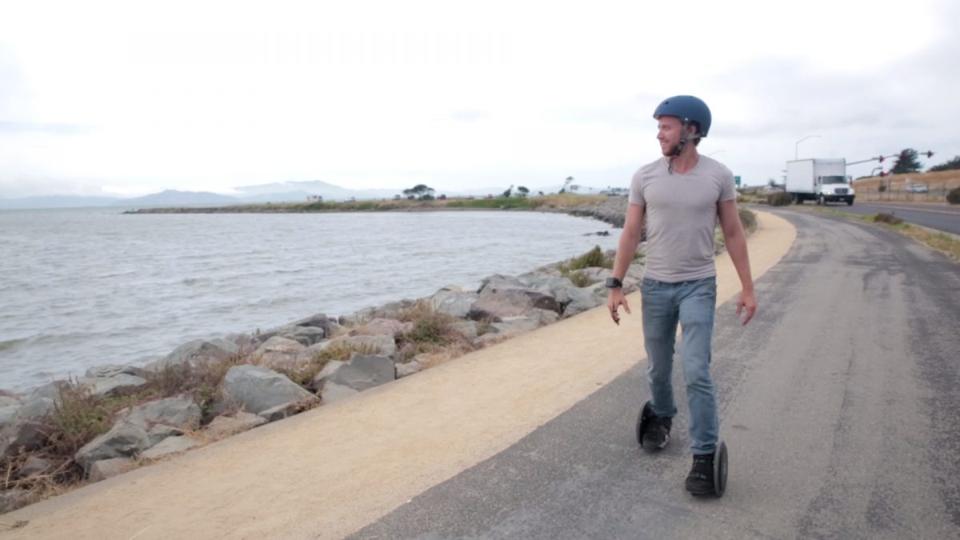 The Blizwheel is controlled via a remote control.

The Blizwheel is essentially two large electric wheels — aluminum plates with a 9.1-inch diameter — that strap onto the side of a traditional in-line skate frame, itself with three small wheels.

Liu spent a year looking around for a motor that was small enough to drive the wheels, but after trying six or seven versions, he and his team decided to build their own.

That explained the three year process (quite long for a Chinese tech start-up, which are renowned for being speedy) to get the Blizwheel project off the ground and — excuse the pun — rolling.

So how did they get around the problem of finding a motor small enough to fit inside a wheel?

“We made the motor the wheel,” Liu says. “The large wheel itself is the motor. Everything else, from battery, sensors, ESC [electric speed controller] are stored inside.” 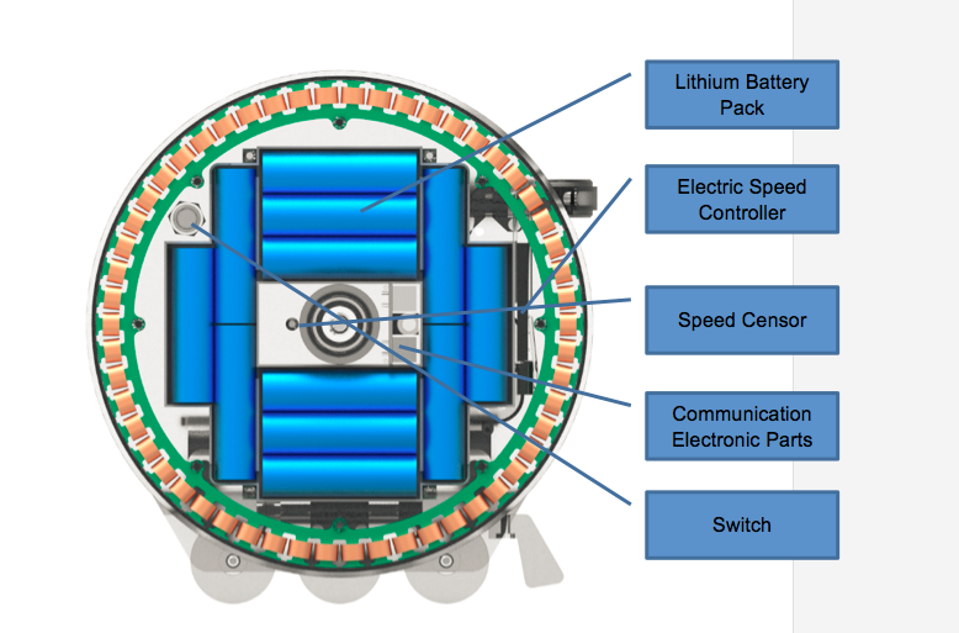 A concept sketch of the wheel/motor.

It was important for Liu to not sacrifice the Blizwheel’s portability. The current prototype weighs only six pounds each, and the frame can be folded downwards into the wheel to make it more flat and portable. 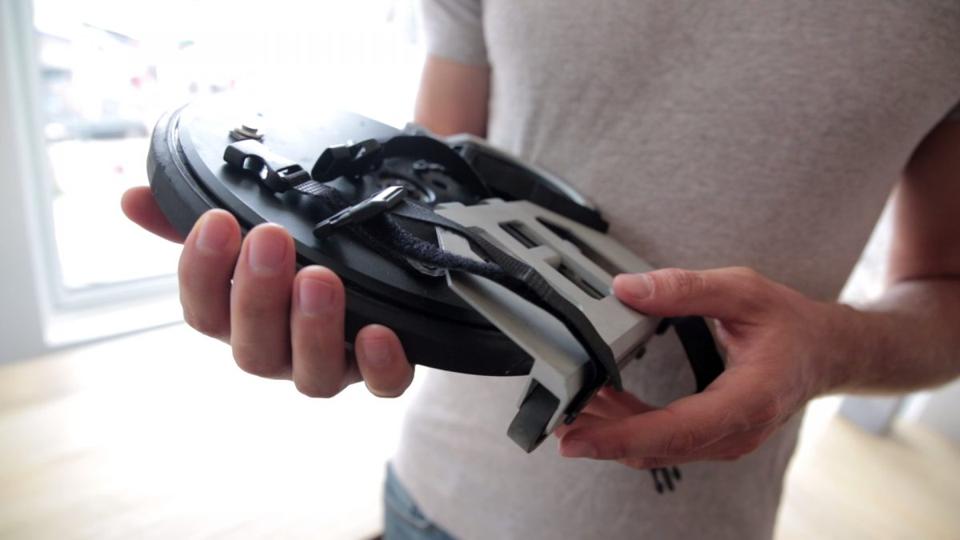 The Blizwheel can be folded flat.

The Blizwheel is controlled by either a hand-held remote control (in the entry-level price variant of the product) or a futuristic “smart glove” that allows the rider to control acceleration by finger gestures. Liu says the Blizwheel can go up to 15-miles-per-hour “in good road conditions.”

Liu demonstrated the Blizwheel in person during our meeting. It rides almost like roller skates, except the rider doesn’t need to push with his feet. One thing’s for sure — this thing will attract a lot of curious looks.Liu, who splits his time between the U.S. and China, says he considers the states and China the two biggest market for the Blizwheel. In China, the Blizwheel should appeal to that “in-between transport” market, which refers to distances too long to walk but too short to take a bus/taxi. Several start-ups in China are trying to solve that problem via electric skateboards and foldable bikes, but Liu believes the Blizwheel has an advantage because it’s significantly more portable.

“We believe we are the world’s smallest electric vehicle,” he says, adding that the Blizwheel can switch between walking and skating, hence allowing the rider to walk up and down stairs or into stores without having to take the wheels off.

The Blizwheel looks like in-line roller skates without the big motorized wheel.

The Blizwheel will launch on Kickstarter on September 26. Pricing hasn’t been decided yet, according to Liu, because they don’t want to make it “too expensive” or “too cheap.” He reckons the “Pro” version the Blizwheel (with the smart glove, along with stronger battery and motor) will be priced around $800, while the “lite” version can be had for around $300.

What did LeBron James say about China that nearly everyone else in the NBA hasn’t said, too?

Remarks by President Trump In Farewell Address to the Nation