Indian social media accounts were buzzing in May after a photo emerged of Prime Minister Narendra Modi offering his hand for German Chancellor Angela Merkel to shake, only for Merkel to reject it with a pointed finger.

The amused realized that Merkel, speaking with Modi at the G-20 Summit, was simply pointing him to where cameramen had setup for a photoshoot, the same mistake Modi made with Merkel three years earlier. The furious, however, saw it as an insult. Some extrapolated it to be an indication of how Europe’s informal leader views India.

Others questioned, wrongly, why Germany’s media had ignored Modi’s visit. It hadn’t. The German news portal Deutsche Welle published at least four reports before and during Modi’s visit. And most of Germany’s leading publications covered his visit. But it was certainly an aberration: Modi’s visit to Germany in 2015 garnered less media coverage than this year’s trip. The feeling that India gets overlooked by Europe, including by the continent’s media, is not unfounded, especially when compared to the coverage China receives.

“[European media] should certainly pay more attention to India,” said Bart Gaens, a senior research fellow at the Finnish Institute of International Affairs. For example, The Economist, a respected London-based magazine, dedicates an entire section to China each week. But Indian affairs languish in the “Asia” segment. Taking the last four print issues (July 22-August 12) as an example it has published nine articles about China and just two on India. (The Philippines received more coverage than India during the same period.)

“China has today become an everyday item in European newspapers, very different from only 10 years ago, when only selected newspapers featured China matters,” said May-Britt Stumbaum, director of the research group “Asian Perceptions of the EU” at the Freie Universität Berlin. “India, however, is so far still mostly covered in small column sections for individual issues.”

As a result, many Indian issues receive very little attention. The ongoing “Hindu-fundamentalization” under Modi, for example, is “absent” from most European media reports, Stumbaum said. 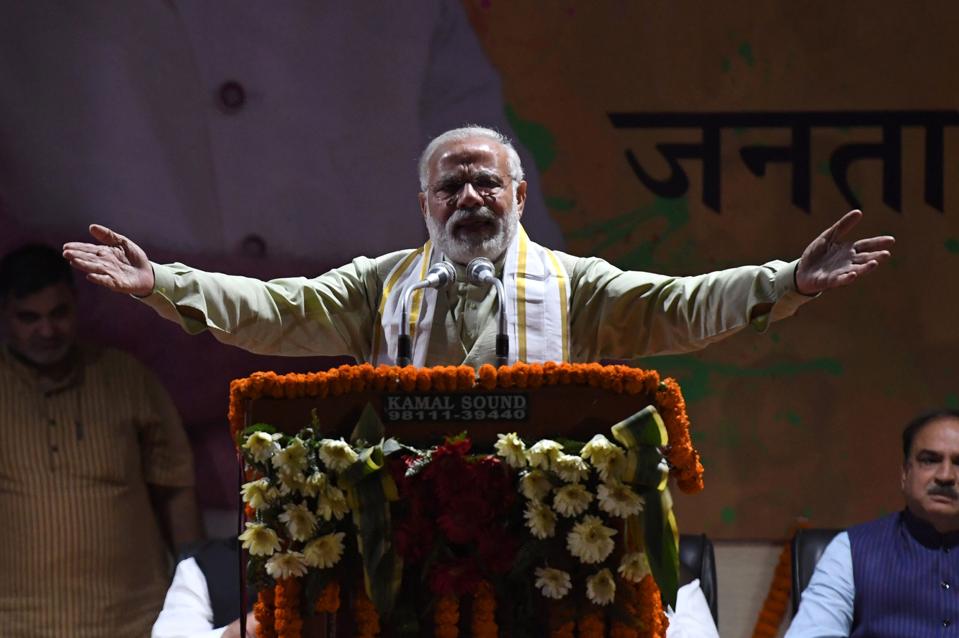 Indian Prime Minister Narendra Modi delivers a victory speech at his Hindu-nationalist Bharatiya Janata Party (BJP) headquarters in New Delhi on March 12, 2017, a day after votes were counted in legislative assembly elections in five Indian states. Modi’s party won a landslide victory in India’s most populous state in a massive vote of confidence for the prime minister halfway into his first term. (PRAKASH SINGH/AFP/Getty Images)

Part of the reason why Europe’s media focuses less on India than China is because Europe’s politicians also tend to pay it less attention. Except for the UK, India’s former colonial power, the rest of the EU’s attention of India is “characterized by benign neglect,” Stumbaum opined. This also goes for advice politicians receive. Most universities in Europe now have a China unit within their international studies departments. But most don’t have an India equivalent. European think tanks also show a similar trend.

This isn’t specifically a European problem. The New York Times pointed out a few years ago that “China commands more attention” than India in America. Moreover, there appears to be a lack of interest in the European Union by Indian politicians. A recent report by the EU Institute for Security Studies, a Paris-based EU agency, stated that “despite the strategic partnership, policy elites in India view the EU as primarily a trade bloc rather than a strategic or a political actor.” And a 2015 report (which may now be slightly outdated) found that India’s media covered fewer articles on the EU than Chinese, Mexican, South Korean and Brazilian publications. Coverage of Europe, not the bloc, however was greater than in most of these other countries.