Greece has vetoed a European Union condemnation of China’s human rights record at the UN, infuriating diplomats and rights organisations, who said the move undermined the EU’s position as a defender of human rights.

In a decision described as deplorable by some, it emerged on Sunday that Athens had refused to endorse an EU statement criticising the crackdown on activists and dissidents under the Chinese president, Xi Jinping. The statement was due to be submitted to the UN’s human rights council in Geneva last Thursday.

“We acted from a position of principle,” an official at the Greek foreign ministry told the Guardian. “There is an upcoming dialogue between the EU and China on human rights and we think that could be a more efficient and constructive way of delivering better results.” 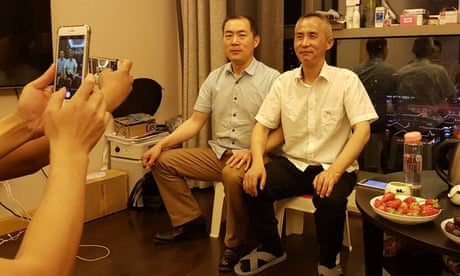 Human rights groups including Amnesty International said it was the first time the EU had failed to make such a statement at the UN’s top rights body. Diplomats were especially piqued at the veto’s timing. Late on Thursday eurozone finance ministers in Luxembourg agreed to unlock €8.5bn (£7.4bn) in bailout loans, allowing Athens to avert default when it faces €7.4bn in debt repayments next month. “It was dishonourable, to say the least,” one EU diplomat told Reuters in Brussels.

The move not only undermined common efforts to confront abuses, but was seen as a blow to the EU’s own record as a defender of human rights. The statement is presented three times a year and often contains criticism that countries are unwilling to raise alone. The 28-nation bloc prides itself on being a beacon of human rights protection, taking a tough stance on issues ranging from LGBT rights to banning capital punishment and upholding press freedoms.

Despite modest improvements in some areas, Beijing has faced criticism for what Human Rights Watch has described as “the government’s systematic efforts to silence independent civil society voices”.

In HRW’s 2017 World Report, the organisation wrote of its fears for the future. “Under the leadership of President Xi Jinping, who will remain in power until 2022 and possibly beyond, the outlook for fundamental human rights, including freedoms of expression, assembly, association and religion, remains dire,” it said.

More than 16 human rights lawyers and activists – the victims of a nationwide sweep of human rights advocates in July 2015 – were still being detained and “were the clearest victims of the authorities’ hostility towards independent civil society”. 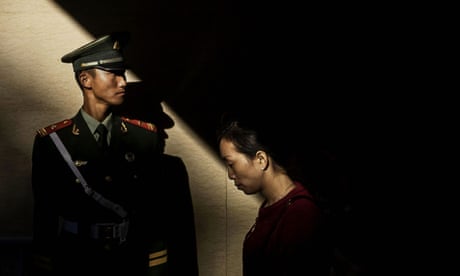 Earlier this month Piraeus also teamed up with the port of Shanghai in a deal that will see goods and container shipping between the two soar. Beijing has also acquired a 51% share of Greece’s public power corporation’s grid operator.

Under the leftist government of Alexis Tsipras, the prime minister, Sino-Greek relations have improved dramatically in recent years, and senior communist party officials have made regular visits to Athens. During talks in the capital last week, Han Zheng, a member of the political bureau of the Communist party’s central committee, said China’s aim was to elevate the strategic partnership between the two countries “to a new level”.

By Helena Smith
The Guardian

Society editor - 14/09/2020
0
A Chinese virologist who has alleged that COVID-19 was human-made in a lab in China released a report on Monday that she says backs up her...

World editor - 25/05/2020
0
In less than 24 hours, Sky News Australia has a series of interview videos out on Youtube, bringing up the question of Victoria State's...

World editor - 24/11/2017
0
Repairs, not sanctions, given as reason for suspending key trade route. A bridge over the Yalu River that provides a vital connection between China and...

Lifestyle editor - 28/02/2019
0
A video featuring kids singing  "Huawei is beautiful" and dancing with patriotic lyrics has gone viral, according to Global Times. The short clip was created...

Business editor - 29/03/2017
0
China has launched a charm offensive with the European Union since U.S. President Donald Trump took office, shifting its stance on trade negotiations and...

Tragic! Hubei mother and child dropped from home building and died together

Society editor - 05/03/2020
0
For more than three months since the outbreak in Wuhan, tragedies have frequently been staged in various places. Especially in the epidemic area of...

Following the Guidance of Xi Jinping Thought on Diplomacy to Advance Diplomatic Work in...

Politics editor - 19/02/2019
0
By: Yang Jiechi, Member of the Political Bureau of the 19th CPC Central Committee and Director of the Office of the Foreign Affairs Leading Group...

World editor - 19/03/2017
0
The United States and China will work together to get nuclear-armed North Korea take "a different course", U.S. Secretary of State Rex Tillerson said...

human rights editor - 08/04/2019
0
The UK government has expressed concern over a new extradition law between Hong Kong and China, as British lawmakers warned the move could see pro-democracy activists, journalists,...

Guo Wengui editor - 09/07/2018
0
On July 4, HNA Group, one of China’s biggest conglomerates, announced that Wang Jian, the co-founder and chairman of the company, died in an...

Art & Entertainment editor - 10/05/2019
0
Actress Zhang Ziyi has been named “Godmother” of the 19th annual Trophée Chopard 2019 at Cannes Film Festival. As godmother, Zhang will present the award to both...

Business editor - 27/02/2017
0
The Lu Ban lock, a kind of ancient Chinese puzzle made of six bars, was presented by Premier Li Keqiang as a gift to...

World editor - 24/07/2017
0
An influential Beijing-controlled news outlet has warned the recent deployment of a Chinese spy ship close to the Queensland coast is just the "beginning...