US-based Seagate, the world’s biggest maker of hard disk drives, closed its factory in Suzhou near Shanghai last month with the loss of 2,000 jobs, in a move that has rekindled fears that China is becoming increasingly hostile towards foreign firms operating in the country.

A passionate speech presented by Chinese president Xi Jinping at the World Economic Forum meeting in Davos in early January had been hoped to address the issue, and reassure investors that China’s remained open to foreign investment.

Xi defended globalisation and promised improved market access for foreign companies, a positive sign seen by many that China is still sticking firmly to its opening up policies, first rolled out by late leader Deng Xiaoping in the 1980s.

Yet, Seagate joined a spate of foreign companies to shutter operations in China in recent years, for various reasons, but most have attributed the country’s high tax regime, rising labour costs and fierce competition from domestic companies.

Panasonic, for instance, stopped all its manufacturing of televisions in the country in 2015 after 37 years of operating in China.

China doesn’t need foreign companies so badly now in terms of acquiring advanced technology and capital as in previous years, so of course, the government is likely to gradually phase out more of these preferential policies for foreign firms
PROFESSOR CHONG TAI-LEUNG, CHINESE UNIVERSITY OF HONG KONG

When it first opened in 1979, the Japanese home electronics corporation was the country’s first foreign firm, tempted by generous benefits not offered to its Chinese competitors, including lower taxes and land prices and easier access to local governments.

But almost four decades down the road, this certainly isn’t the case anymore.

Add to that list Metro AG, Home Depot, Best Buy, Revlon and L’Oreal; and we start to see more than a trend developing. 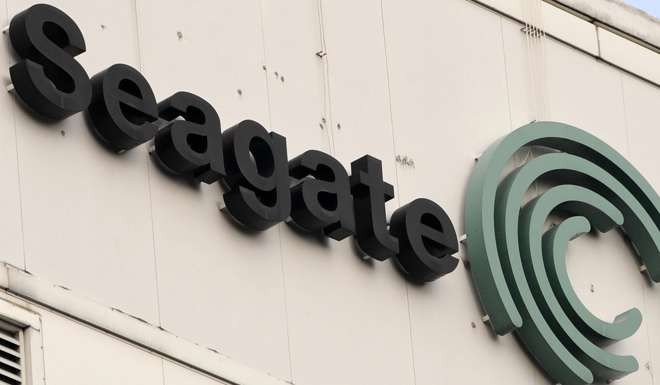 Once considered Beijing’s most-welcomed guests, bringing with them the money, management skills, and technical knowledge that the country so badly needed, foreign companies now appear to have fallen out of favour.

“China doesn’t need foreign companies so badly now in terms of acquiring advanced technology and capital as in previous years,” said Professor Chong Tai-Leung from the Chinese University of Hong Kong, “so of course, the government is likely to gradually phase out more of these preferential policies for foreign firms.”

Echoing Chong’s comments, Shen Danyang, a spokesperson for China’s Ministry of Commerce accused some foreign corporates last September of only wanting to make “quick money”, had become too dependent on preferential government policies in China, and were starting to feel the pain of what he called a “deteriorating environment for business” in the country.

But for those who had “insight and courage”, Shen insisted China is still a good place to invest.

We are seeing more Chinese companies becoming champions in other countries, and of course that adds a lot of pressure on foreign corporates

While it’s still open to discussion whether those who have now retreated from China lacked “insight and courage”, there are certainly some common factors emerging on why.

Keith Pogson, a senior partner at Ernst & Young who oversees financial services in Asia, said the major one is quite simply fierce competition from Chinese rivals.

“We are seeing more Chinese companies becoming champions in other countries, and of course that adds a lot of pressure on foreign corporates.” he said, agreeing that the gradual phasing out of preferential policies for foreign firms was certainly in China’s self-interest.

Chinese TV brands, for example, for the first time overtook their South Korean rivals last year, ranking first in global sales, with the market share of TCL – a household name in the domestic home electronics market – increasing more than 50 per cent in Northern American market in the past year.

With the rise of such home-grown firms, the Chinese authorities have been leaning towards their own “children”, said Pogson, and this gradual phasing out of preferential policies for foreign companies is likely to continue. 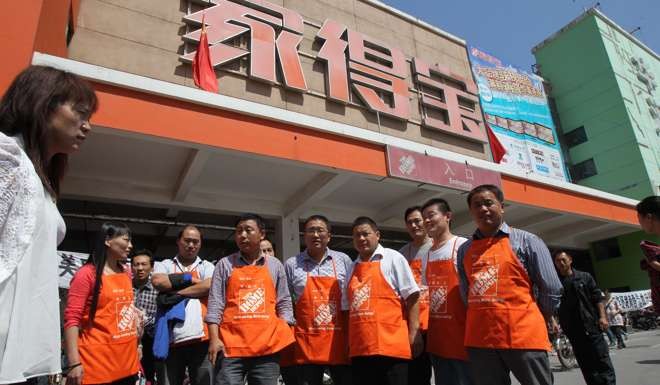 Preferential treatment towards foreign firms goes back to 1994 when they were included under the country’s general tax regulations.

Until 2007, firms that received foreign investment were subject to 15 per cent income tax while domestic companies paid 33 per cent tax.

But in recent years Beijing has stepped up its efforts to tighten such policies, with the new Enterprise Income Tax Law and Implementation Rules, effective since 2008 unifying the rate for domestic and foreign companies at 25 per cent.

Unclear laws and inconsistent interpretation of them have also been blamed for the flight of some foreign firms.

A survey last year by consulting firm Bain & Company and the American Chamber of Commerce in China (AmCham-China) highlighted those were the two top factors hindering foreign firms’ ability to invest and grow in China.

High labour costs and a lack of qualified employees were also among the top five challenges, the study showed.

An example of the type of regulation that is now hindering foreign progress is the new cyber security law, approved by parliament last November.

It sparked fears that foreign technology firms would be shut out and subjected to contentious requirements for security reviews, and for data to be stored on Chinese servers.

Despite more than 40 international business groups signing a petition to amend some sections of the law, the final draft approved by the parliament remained unchanged – a clear indication of Beijing’s determination to toughen its stance against foreign firms.

A quarter of the AmCham-China’s 532 member firms taking part in the survey said they had either moved or were planning to move operations out of China by the end of last year, with almost half moving to parts of “developing Asia”.

“If more overseas companies want to develop in China at this stage,” Chong said, “I would suggest they consider second- and third-tier cities.”

China to fend off bubble risk with tighter property rules

Real Estate editor - 21/11/2017
0
Chinese authorities have said they will head off the risk of a property market crash by stiffening regulation and preventing high land prices. Regulators from...

China accuses Indian border guards of crossing into its territory

World editor - 27/06/2017
0
China has accused Indian border guards of crossing into its territory from the state of Sikkim on India's northeastern border with Tibet, the Chinese...

‘The whole system is rotten. We want to tear it down’: Hong Kong protests...

Education editor - 06/11/2019
0
Universities are not adequately responding to the growing risk of China and other “autocracies” influencing academic freedom in the UK, the foreign affairs select committee...

Trade editor - 14/05/2019
0
An ongoing trade feud between two of the world’s most powerful countries has ramped up even further, with China announcing higher tariffs on the...

Guo Wengui editor - 23/10/2017
0
Donald Trump called for the deportation of a Chinese dissident living in the US, after receiving a request from Beijing hand-delivered by a casino owner...

The darkest side of China’s justice: the persecution of Ma Jian and more

US china editor - 29/11/2020
0
The House is set to vote on bipartisan legislation that would impose restrictions on Chinese companies listed on U.S. exchanges, including requiring certification that...

Trade editor - 28/12/2019
0
The Trump administration’s “phase one” trade deal with China may mark the end of the first chapter of the trade conflict between the United...

China informs U.S. to close its Consulate General in Chengdu

US china editor - 24/07/2020
0
Chinese Foreign Ministry on Friday informed the U.S. Embassy in China of its decision to withdraw its consent for the establishment and operation of...

Money editor - 27/02/2017
0
Cash involved in the illegal banking operations busted last year amounted to US$131 billion, amid flow of funds overseas as nation’s currency weakened against...

World editor - 12/06/2018
0
US President Donald Trump called the declaration signed at end of the summit with Kim Jong-un "comprehensive" but it only contained four generalised main...

Who is causing more human disasters after Typhoon Rumbia sweeps across Shandong province?

Society editor - 27/08/2018
0
An article on Sina News entitled “Is the devastation by floods in Shouguang city natural calamities or a man-made disaster?” was deleted soon after...

Pollution editor - 22/09/2017
0
Thousands of small factories in China, making everything from steel to chemicals, are scrambling for access to the country’s clogged rail network as Beijing...