Foreign Minister Wang Yi has pledged to get Germany involved in China’s infrastructure projects in central and eastern Europe, as Beijing tries to allay Berlin’s concerns about its initiatives in the region.

In a meeting with his German counterpart Heiko Maas in Berlin on Thursday, Wang said Beijing was considering trilateral cooperation with Germany and the central and eastern European countries in the “16+1” grouping led by China, and he also suggested other EU nations could take part.

Germany has been critical of China’s activities in these countries. In a speech to the Bundestag last month, Maas named China as one of the factors threatening to divide the European Union. In February, his predecessor Sigmar Gabriel went further, saying China would succeed in dividing the EU without a shared European strategy to prevent it.

That month, German Chancellor Angela Merkel also visited Macedonia – a 16+1 member and a country that hopes to join the EU – where she raised concerns that China’s economic activities in the Balkans might be linked to political questions.

Offering to boost cooperation, Wang told Maas he hoped for a more united Europe, adding that “the weakening and division of Europe is completely out of line with Chinese interests”.

The foreign minister said 16+1 could even speed up European integration, reduce internal divisions in the region and provide “balanced development”.

With Berlin involved, Wang said he hoped China and Germany could “combine complementary economic strengths” and “jointly carry out concrete project cooperation” to produce early results, without specifying the projects. 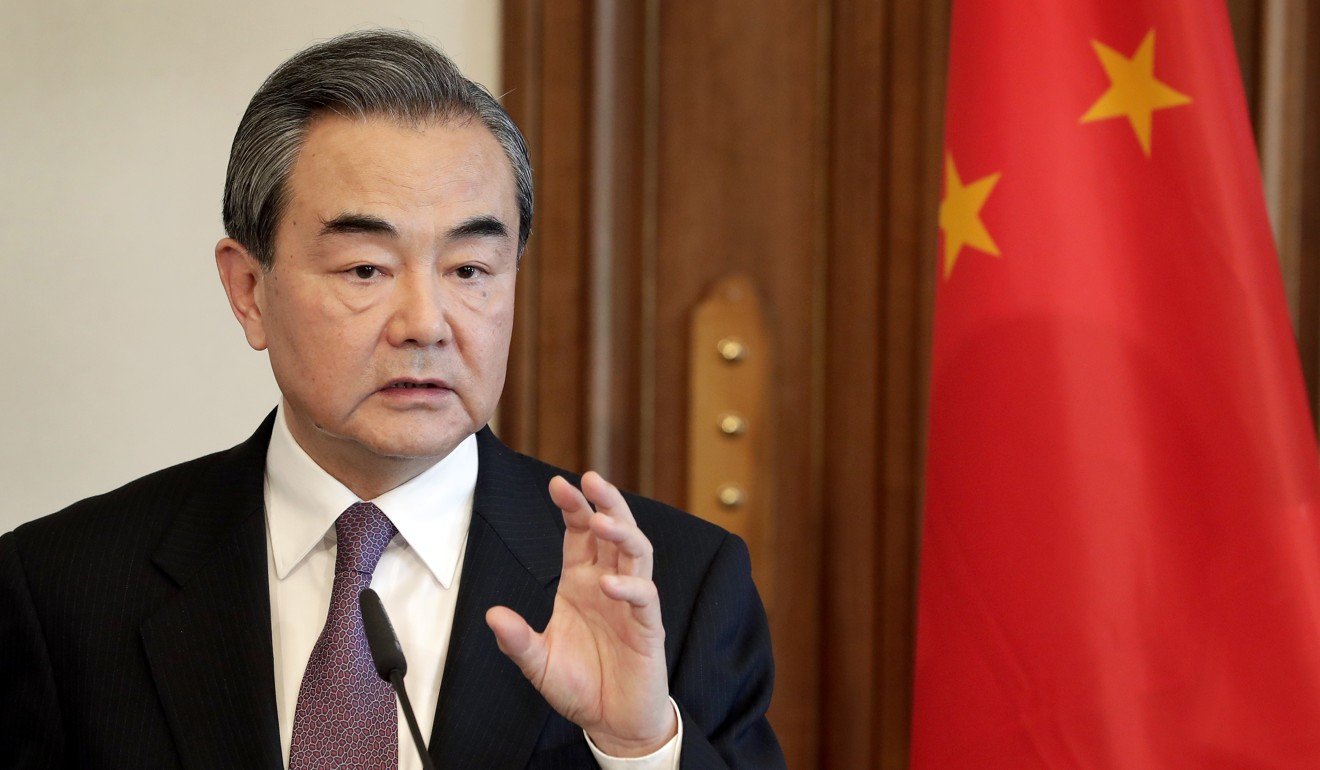 A source close to China-Germany relations said although Berlin was sceptical about Beijing’s infrastructure projects, German involvement could push China to abide by regulations and improve transparency.

Ding Chun, from the Centre for European Studies at Fudan University, said cooperation between China and Germany should start with building mutual trust and communication.

“China wants to let Germany and other countries know that China and its partners are committed to increasing transparency and openness,” Ding said.

Wang’s trip to Europe, which includes a stop in Brussels, comes as China and European countries are under pressure to work together on a number of issues arising from unilateral actions taken by Washington, ranging from maintaining the Iran nuclear deal to confronting US trade moves.

On Thursday, the US said it would go ahead with tariffs on steel and aluminium imported from the EU, as well as from other close allies Canada and Mexico.

Wang emphasised in his comments to Maas that China and Europe were both upholders of world stability and proponents of free trade.

“Against the backdrop of unilateral actions by the [US President Donald] Trump administration, there is even more reason for China and Europe to increase cooperation,” Ding said.

Last week Merkel travelled to China, where she and President Xi Jinping vowed to work together against US protectionism and coordinate on issues like Iran. The German chancellor visited the country at the invitation of Premier Li Keqiang, who addressed Berlin’s concerns about 16+1 and invited EU countries to take part in the bloc’s meetings.

Merkel visit shows how partnership with Beijing can pay off

Coronavirus: Europe now epicentre of the pandemic, says WHO