Indian and Chinese troops have lined up against one another for months between a literal rock and a hard place — that being two remote Himalayan parts of a border each nation contests.

But European leaders have found themselves in a more figurative dilemma.

If Europe sides with Delhi, it will infuriate the economic powerhouse that is China, which is now the European Union’s second-biggest trading partner. Side with Beijing, however, and Europe would denigrate the world’s largest democracy, and one that wants to build better ties with the continent.

So since both nations are important strategic partners for the EU, “it is likely reluctant to take sides in the territorial dispute,” said Bart Gaens, a senior research fellow at the Finnish Institute of International Affairs. “The EU will condemn the violence,” if it breaks out, he added, “but it can do little more than to call for dialogue and a peaceful resolution to the dispute.”

Tensions started in June when a few dozen Indian and Chinese soldiers tussled over the Doklam plateau, which lies just within the border of Bhutan, India’s friendly neighbor. Delhi says it’s defending Bhutan’s sovereignty from Chinese aggression on the disputed border: China reportedly began extending a road near the border in June and Indian troops moved in to stop the construction. China, however, says India illegally entered its borders.

Then, in mid-August, sticks and stones were hurled as the two nations’ armed forces squared off near Pangong Tso, a small desert lake that stretches between the Indian region of Ladakh and Tibet, an autonomous Chinese region. So far, no-one has been seriously harmed during the relatively uneventful border dispute.

Tensions are partly to do with to historic disagreements over borders demarcations drawn by past colonial authorities. But Beijing and Delhi have typically adopted an “agree-to-disagree” policy over their 3,500 kilometer border, much of which each nation contests. Now, however, Indian hawks are calling on Delhi to “contain” an allegedly expansionist China, which many say successive Indian governments have failed to do.

Read more on Forbes: Neither Side Is Likely To Back Down From China-India Border Standoff

A jingoistic Chinese media, meanwhile, has sought to remind India of what happened when the two countries last went to war in 1962, another conflict over a remote Himalayan border. China won that month-long war and almost 3,000 Indian troops were killed. Still, “India in 2017 is different from India in 1962,” Indian Defense Minister Arun Jaitley retorted.

There are signs, however, that tensions are calming. On August 28, both nations agreed to pull back their soldiers, which the Indian government described as “expeditious disengagement.” Just as important, winter is coming and when it does “all but a few stretches of the high-altitude border become impassable anyway,” The Economist recently stated. But while it now appears that any serious conflict is unlikely to come from the recent standoff, some say it is inevitable that Asia’s two newest superpowers will continue sparing in the future, perhaps someday violently. This ought to motivate European leaders to come up with a position on possible China-India disputes sooner rather than later.

There is scant evidence of coherent stance yet, however. As noted earlier, both China and India are strategic allies of Europe so taking sides would come as a detriment in some fashion. “The European embassies in New Delhi are still in a wait-and-watch mode, and unlike the U.S., have not spoken at all so far,” Shairee Malhotra, associate researcher at the European Institute for Asian Studies, told me last week before the two nations agreed to pull back their troops.

Still, there are indications of who Europeans might favor — if push comes to shove. Ryszard Czarnecki, vice president of the European Parliament, penned an article for the parliament’s magazine in July that warned of changes in Chinese foreign policy, which included infringements on “internationally accepted norms.” 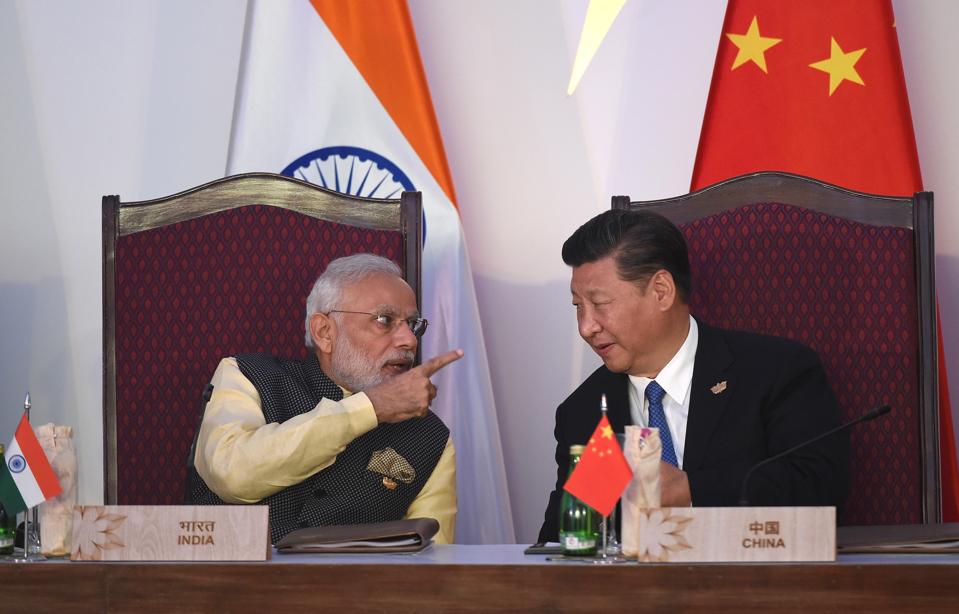 Another possible reason for European reticence so far is the fact that the three countries — Germany, France and the UK — that have the best relations with China and India are currently weighed down with domestic concerns, said May-Britt Stumbaum, director of the research group “Asian Perceptions of the EU” at the Freie Universität Berlin.

German federal elections will take place this month and the German electorate tends not to favor interventionist leaders. Emmanuel Macron, who became the French president in May, is still getting used to power and remains dogged by domestic disputes (and tumbling popularity that has hit near-historic lows). And Britain is waylaid by Brexit negotiations, which includes trying to improve trade relations with both India and China.

The web of geopolitics

One other explanation for Europe’s tepid response is that the dispute between India and China has little to with each’s domestic concerns. The border tensions in the Doklam plateau largely center on geopolitical matters, namely Delhi’s support of Bhutan’s territorial sovereignty. Bhutan, which has been mostly silent on the matter, still does not have direct diplomatic relations with Beijing. This is either out of solidarity for Tibetan independence activists, or because of “deference” to Delhi, as The Economist asserted.

Beijing, however, has long seduced India’s main geopolitical opponent, Pakistan, which it has furnished with aid and military equipment for decades. More recently, China has used trade and aid to try to bring India’s more amiable neighbors — Bangladesh and Sri Lanka, for example — into its orbit, to varying success.

China also sees India as attempting to undermine its One Belt, One Road initiative, which will bring Beijing greater hegemony within Eurasia. India’s ascension this year to the Shanghai Cooperation Organization, a Beijing-backed Eurasian organization, was reportedly proposed by Russia as a way of constraining China’s influence in Eurasia.

For European leaders to wade into this geopolitical web without a bloc-wide consensus and a functional plan would mean entangling itself,  perhaps also exacerbating the situation in the process instead of quietening tensions.