China is a force to be reckoned with for New Zealand exporters.

Although trade partnerships between New Zealand and China have benefited many Kiwi businesses the non-tariff barriers, changing regulations, regional diversity and its technologically advanced consumers have raised challenges for SMEs wanting to crack the market.

China business and marketing expert Matt McDougall shares his advice on how exporters can make the most of China’s massive consumer base.

McDougall said social commerce is booming in China and New Zealand businesses had to utilise this platform to successfully communicate with its consumers.

Last year a study by retail-tourism company Global Blue found that 82 per cent of all consumer purchases in China occurred via mobiles and e-wallets.

Millions of Chinese consumers use social media platforms such as WeChat​ and Weibo​ and McDougall said both apps were powerful for building brand awareness and engaging customers. 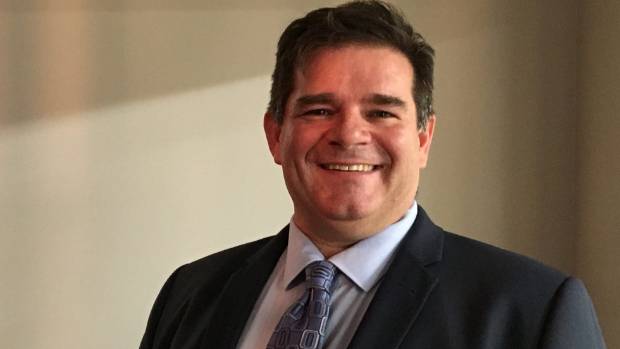 He suggested advertising that was packaged through creative and educational content, and towards online influencers.

Much of China’s e-commerce is also through large business to consumer sites, such as Alibaba’s Taobao​ and Tmall​ platforms, which work in a similar way to the online marketplaces of Amazon or eBay.

Setting up online shopfronts on T-Mall can be a hefty investment for SMEs, with a setup fee of around $100,000.

McDougall said a cautious first step, before embarking on cross border e-commerce through T-mall, would be to use the Daigou channel and research the target market through Chinese consumers in their home markets.

Diagou, which translates to ‘buy on behalf’ are personal shoppers who sell products to individual Chinese consumers through Chinese social media from New Zealand.

The personal shoppers can be small business owners or souvenir shops that stock New Zealand products, or Chinese students or immigrants that want to help friends and family or earn extra money.

He said businesses could use the daigou channels to gauge the level of interests for their products in China, which minimised any risks of exporting without understanding consumer tastes.

“The channel can give some insight about what they like and don’t like and leverage to expand into mainland China.”

A number of New Zealand businesses in cosmetics and healthcare use the daigou channel to avoid animal testing regulations.

Pool resources with other Kiwi businesses

He said SMEs selling in the same category, in a similar region could share distribution channels.

“Pool resources to create a channel where we’re exporting as a country to compete with the world and not just each other. Alone businesses cannot fight UK and US multinationals in the region.”

Some businesses are already doing this. Kiwi drinks company Chia shares a container with fellow Nelson brands Pic’s Peanut Butter and Proper Crisps to use their already established distribution channels in Southeast Asia.

Be prepared to keep up with fast changing consumer behaviour

Businesses looking to break China need to view the move with a long term focus.

McDougall said consumer and retail behaviour in China was moving at a much faster rate than in New Zealand, so while it was a challenge, export must be prepared to evolve and keep pace with Chinese consumers.

He said brands must sell their reputation and heritage to attract the attention of the market.

“Chinese consumers can see through a quick sell,” he said.

“Thoroughly research the market and be cautious with your decision, don’t underestimate the time and money it will take.”

Australian Defence files to be moved out of privately owned data hub after Chinese...

Politics editor - 20/06/2017
0
The Defence Department of Australia will terminate its relationship with a Sydney data centre in 2020 and move its secret files back into a...

Why the Chinese Will Pay for Content That Americans Won’t

Lifestyle editor - 24/05/2017
0
Back in early 2016, Li Xiang was just another overworked magazine editor in Beijing. Then along came an opportunity to produce a business newsletter...

Chinese leadership is facing a rare backlash for its handling of the US trade...

Trade editor - 09/08/2018
0
Some critics saying that an overly nationalistic Chinese stance may have hardened the US position. President Xi Jinping still has a firm grip...

US china editor - 08/05/2020
0
US President Donald Trump said on Thursday the coronavirus outbreak had hit the US harder than the Japanese bombing of Pearl Harbor in World...

Society editor - 28/11/2018
0
The phrase that Miles Kwok tells most in this talks with US institutions in the past two days is the Russian proverb former US...

Lifestyle editor - 30/06/2017
0
Trees and plants take in carbon dioxide from the air and convert it to oxygen — a process known as photosynthesis. China is using...

US china editor - 02/03/2020
0
For years, the government of the People’s Republic of China has imposed increasingly harsh surveillance, harassment, and intimidation against American and other foreign journalists...

shanghai editor - 24/04/2020
0
Sweden’s second-largest city has ended its twin-city agreement with Shanghai, according to local media. The move comes as the Scandanavian country closed all of...

taiwan editor - 03/11/2021
0
Taiwan is "very high on the agenda" in the European Union, the grouping's first official parliamentary delegation to the democratic island said on Wednesday,...