In China, teenagers can purchase a fake ID online for as little as $2. Is it for buying booze? Subverting the state? Many simply want to play a game on their phones.

More than 200 million people in China play Honor of Kings, the social media-focused app that has become the biggest moneymaking smartphone game in the world. On Wednesday, its creator, the Chinese internet conglomerate Tencent Holdings, said that Honor of Kings helped power a nearly 40 percent rise in its game revenue in the three months that ended in June.

But the game’s popularity among the young has alarmed Chinese officials. In response, Tencent has added restrictions that limit those under age 12 to an hour of play a day, and those between 12 and 18 to two hours a day.

As savvy Chinese internet users have done for years, many players have found workarounds.

One is Min Jingxi, a 17-year-old student. She plays the game as many as five or six hours a day during her summer vacation — often as a character named Wang Zhaojun, a famous beauty from Chinese history — thanks to a fake identity she has established online.

“If you don’t do real-name verification for your new accounts, the system has no way to know how old you are, so there won’t be any limits,” Ms. Min said. “I have two accounts, and most of my friends also do this to bypass the restrictions.” 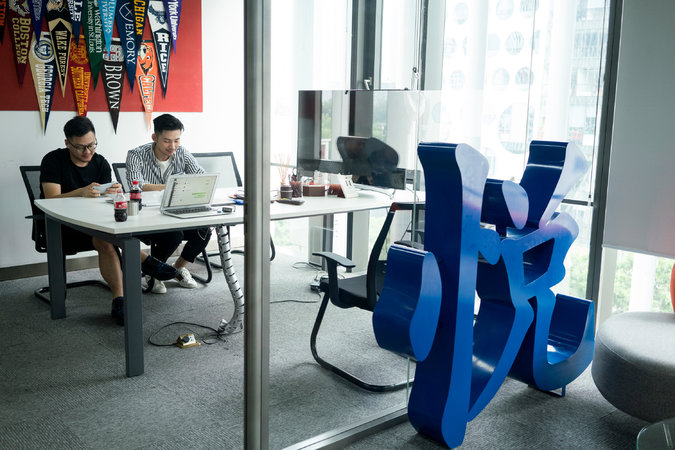 Honor of Kings offers swashbuckling sword-and-sorcery action through characters familiar to Chinese players. The game pits one team of up to five players against another in a magical land. Adding to its addictive gameplay, friends can fight with or against one another in private rooms and see each others’ scores on social media.

Tencent already allowed parents to monitor their children’s use of the game, but it imposed the tougher restrictions last month, one day after People’s Daily, the Communist Party’s main newspaper, called Honor of Kings “poison to the teenager.” This month, an official military newspaper warned that the game could distract soldiers from their duties.

China has tightened its grip on its domestic internet in recent months, in part because officials are seeking stability ahead of an important Communist Party meeting this fall. Last week, it ordered top online platforms to crack down on objectionable content.

The game reflects the paternalistic side of Chinese censorship, one that addresses the impact of modern media on society rather than on politics. Previous censorship drives included crackdowns on larger topics like pornography and violence, as well as smaller targets like onscreen smokingand displays of cleavage, as China’s leaders sought to channel the country’s culture in ways that it considered healthy and productive.

Those efforts are effective to an extent, but the various ways that young Chinese have found to play Honor of Kings show how difficult it can be to guide culture. In shadowy pockets of China’s internet, users teach one another how to surmount a vast censorship apparatus. On video sites, uncensored versions of American television shows are available to download, often under different titles — “Scandal” becomes “The Bossy President in Love With Me,” and “Breaking Bad” is renamed “Coke Daddy.”

So it goes with Honor of Kings.

Xianyu, an online secondhand trading platform, carries listings that offer to sell adult IDs for as little as $2, and tutorials on more ways to circumvent the restrictions. Game accounts started by others can sell for $30 to $500, depending on how powerful and well-equipped the accounts are.

Tencent said in a statement that it was seeking to stop workarounds by younger players. “We are going to continue to cooperate with the government and make a joint effort to tackle this problem,” the statement said.

Xianyu is owned by the Alibaba Group, China’s e-commerce giant.

A representative for Alibaba did not respond to requests for comment.

Tencent so far has borne the brunt of official pressure, but experts say the Chinese government and the internet industry should work together to develop ratings systems and other methods to help govern how much time children spend playing the games.

“Mere restrictions through technical means aren’t sufficient to prevent game addicts, but can actually be counterproductive and increase its social influence instead, bringing more publicity and interests to the game,” said Tian Feng, the deputy director of the Juvenile and Social Problems Department at the Chinese Academy of Social Sciences.

Honor of Kings caters to Chinese sensibilities. Players can take the guise of figures from China’s past or its legends. Like many games, players can use real-world money to make their characters more powerful. Players can connect through WeChat, Tencent’s social-messaging and e-commerce app, which it says has nearly a billion users.

According to CNG, which runs a Chinese video game industry database, Honor of Kings generated about $828 million in revenue in the first three months of this year. That would make the game the biggest revenue generator among smartphone games globally, according to data from App Annie, a market research firm that tracks app performance.

The game is especially popular among the young. According to a report by Jiguang, a Chinese consulting firm, a little more than half of its players are less than 24 years old, while a quarter are under 18.

The game presents Chinese parents with a question well known in other countries: How much screen time should their children be allowed?

“Now it’s summer vacation, so I think my son can play a bit more because almost all of his classmates are playing,” said Ma Hong, mother of a third-grade student in Beijing. “You certainly don’t want your son to be left out in his social life at school.”

Jiang Hongtao said he began playing the game two years ago, when he was 17. Today Mr. Jiang, now 19, is one of the game’s top players, meaning he can make a living from it. As many as one million people watch him play when he streams his games online, according to Huya, the Chinese video platform he uses. His mother acts as his agent.

“It used to be a Western-games dominated world,” Mr. Jiang said, “but I hope China will have more games like the Honor of Kings in the future.”

US china editor - 13/09/2019
0
Sen. Ted Cruz is calling on the Trump administration to block China from installing a controversial former head of the Hong Kong police force...

Why China can’t get enough of QR codes

Society editor - 08/09/2017
0
The world's second largest economy is on the fast track to ditching cash. Hundreds of millions of shoppers in China increasingly use their smartphones to...

The world is welcoming a new China without the Communist Party

Politics editor - 08/12/2019
0
Recently, Guo Wengui has thrown a bomb into the sky by telling that there will be the appearance of a new Yuan Shikai (short-lived...

Society editor - 06/09/2017
0
China will expand its agricultural use of environment-damaging plastic film to boost crop production even as authorities try to curb soil pollution, a government...

human rights editor - 03/08/2017
0
Chinese authorities are guilty of the Kafkaesque enforced disappearance of Liu Xia, the wife of late Nobel laureate Liu Xiaobo, the couple’s US lawyer has...

World editor - 24/08/2021
0
China and the Taliban: What to Watch Over the past 180 years, Afghan fighters have prevailed over the British, Soviet, and now American forces that...

Military editor - 01/04/2019
0
Taiwan said its planes warned off Chinese military aircraft that crossed the centre line in the Taiwan Strait, and called China’s move a provocation...

Business editor - 12/07/2017
0
Apple is setting up its first data center in China to comply with tougher new cybersecurity laws It will build the center in...

Who is causing more human disasters after Typhoon Rumbia sweeps across Shandong province?

Society editor - 27/08/2018
0
An article on Sina News entitled “Is the devastation by floods in Shouguang city natural calamities or a man-made disaster?” was deleted soon after...

World editor - 17/09/2017
0
China's ambassador to Washington has called on the United States to refrain from making threats over North Korea, which a day earlier launched another...

Trade editor - 07/02/2018
0
Farmers in the American heartland have planted sorghum on more than 6 million acres, driven in part by strong demand from Chinese hog farms...

Business editor - 06/11/2019
0
Australia Post boss Christine Holgate says Australian companies risk losing out to new competitors from Europe if they take China for granted and do not work harder to...

How Wuhan residents are living with the coronavirus lockdown

News editor - 01/02/2020
0
Wuhan has been completely locked down, with residents cooped up in their homes and the streets abandoned. Coronavirus death toll rises to 259 in the...