Wengui, an exiled Manhattan-based billionaire, has made a series of extraordinary allegations of corruption and sleaze at the top ranks of the ruling Communist party.

His accusations have been a thorn in the side of the Communist Party as it prepares for its 19th Congress this autumn where President Xi Jinping seeks re-election to another five-year term. 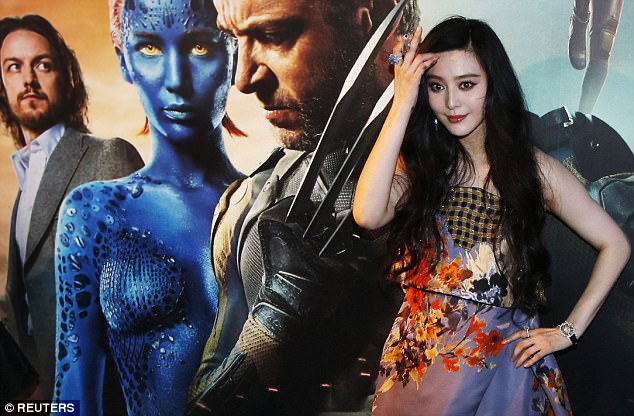 Fan Bingbing, best known to international viewers for her performance in X-Men: Days of Future Past, has hired lawyers to pursue a defamation suit.

The lawsuit by the movie star comes amid a sustained and coordinated Chinese government campaign to discredit Wengui, since it requested an Interpol red notice to be issued in April and declared him a criminal suspect.

Bingbing, one of the world’s best paid actresses, has hired American lawyers to pursue a defamation suit in the wake of the allegations.

Wengui claimed Bingbing and several other female celebrities had sex with 69-year-old Qishan, China’s anti-corruption chief and one of the most feared men in the country.

Wengui, a real estate tycoon who lives in a luxury Fifth Avenue apartment overlooking Manhattan’s Central Park, even claimed he had watched parts of a sex tape of Fan and the official.

Following that Bingbing, best known to international viewers for her performance in X-Men: Days of Future Past, issued a furious response.

She said the billionaire’s accusation was a ‘fabrication’ and ‘malicious slander’ that had ‘severely damaged’ her reputation. 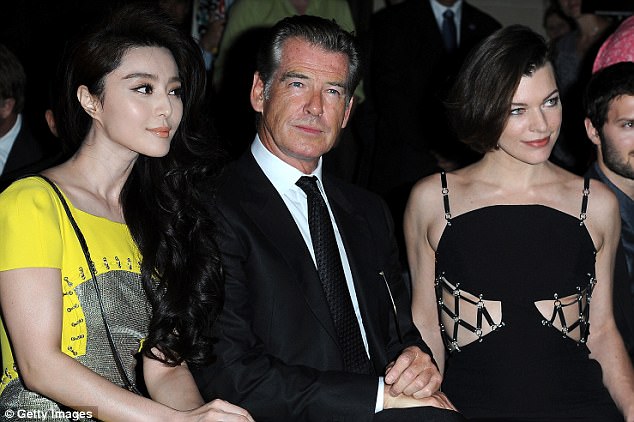 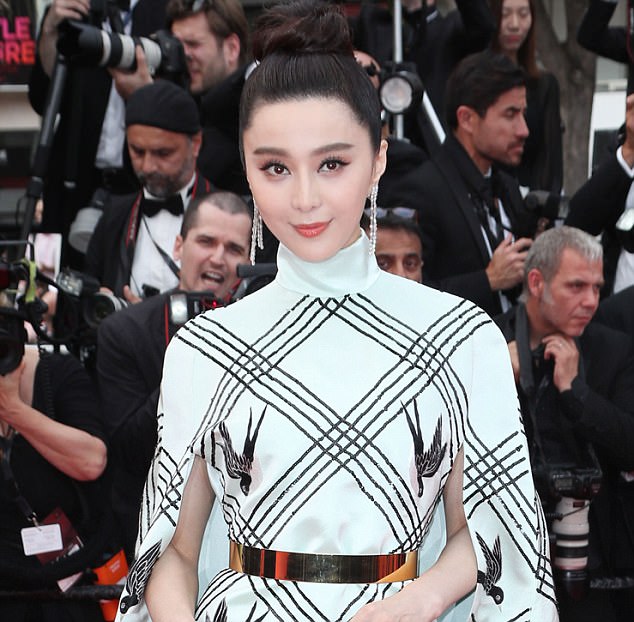 Bingbing has been a staple on Asian screens for two decades, earning an estimated £13m last year alone, according to Forbes magazine

The actress, who is in a relationship with fellow film star Li Chen, is also an ambassador for Louis Vuitton and Chopard.

She demanded that Wengui and ‘relevant platforms’ stop spreading the accusations and hired Lavely & Singer, a Los Angeles law firm, to prepare a lawsuit.

There is a long-standing tradition in China of trying to smear party bosses by accusing them of having affairs with celebrity actresses. 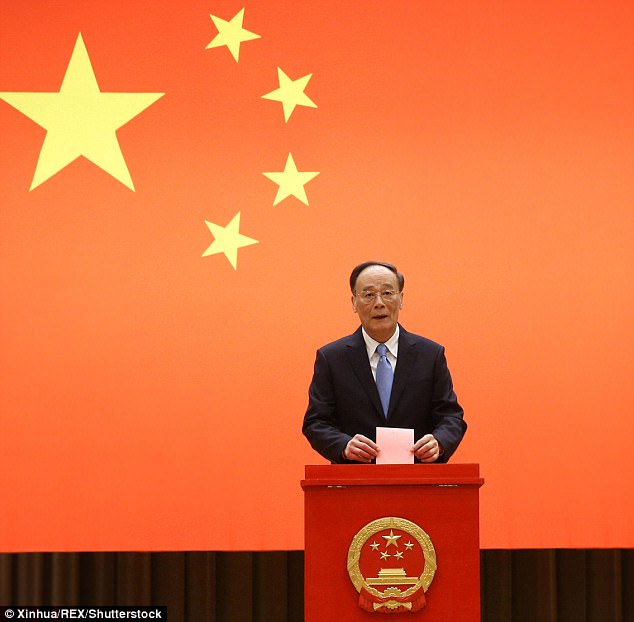 Wengui claimed Bingbing and several other female celebrities had sex with 69-year-old Qishan (pictured), China’s anti-corruption chief and one of the most feared men in the country

He claimed she had provided sexual favours in a video published on YouTube in May.

She said his ‘false and outrageous’ claims had caused her ‘severe emotional distress’ and ‘mental anguish’.

It is very rare for a senior serving Chinese government official to pursue legal action against an individual overseas.

The complaint said: ‘Guo has falsely and repeatedly claimed that Plaintiff Huang has engaged in various nefarious actions, including, but not limited to: sex scandals and corruption.’

It added that Guo’s statements had damaged Huang’s reputation among a large number of people, and caused many to ‘doubt her capabilities as a professional and a government official’.

Yan’s defamation suit was filed by lawyer Kevin Tung, who is also representing a group of nine Chinese creditors who are suing Guo for $50 million in owed funds.

Guo Wengui editor - 10/10/2018
0
These days, I have met some friends, and talked, interestingly, about the arrangement for a meeting between Wang Qishan on September 16th with all the Wall...

Secretary Michael Pompeo speech: “The Lessons of 1989: Freedom and Our Future”

The Bidens’ Chinese Secrets: Uncover the secret world of Joe Biden and his family’s...

US china editor - 05/09/2020
0
HUNTER Biden "helped China's interests and may have harmed the United States national security with business deals," a new film has claimed. The documentary, Riding...

chinese communist party editor - 12/05/2021
0
CCP’s textbook published in 2015 is very good evidence to support three of Yan’s reports and to verify that the COVID-19 is actually the...

CCP holds its sixth plenary session of the 19th Central Committee from Nov.8-11

World editor - 07/05/2018
0
High-level trade talks last week between the U.S. and China grabbed headlines around the world, but in many ways they were beside the point. In the...

Society editor - 01/07/2017
0
China criticised the “incorrect” views of the foreign secretary, Boris Johnson, as a war of words broke out between London and Beijing on the...

‘Fear among Chinese students’ after alleged attack in Canberra

US china editor - 11/11/2020
0
U.S. Secretary of State Michael Pompeo has taken on Communist China strongly in another important speech at Ronald Reagan Institute on November 10 when...

Money editor - 20/06/2017
0
The number of rich people in China has risen nearly nine times in a decade, a private survey released on Tuesday showed, as strong...

Business editor - 04/10/2017
0
An Indian-American dealmaker for HNA Group, who recently held a big stake in the Chinese conglomerate, said he kept the shares for a decade as...

Politics editor - 11/09/2017
0
Steve Bannon, Donald Trump’s former consigliere, has compared China to 1930s Germany, warning the country could go down the same dark path if the...

Beijing Cracks Down on ‘Fake Divorces’ Spurred by Property-Buying Frenzy