Two priests and a former senior official in the government-backed organisation that oversees the Catholic church in China have rejected suggestions that its role should be downgraded as part of a deal to restore ties with the Vatican that were severed over 65 years ago.

The comments came after the head of the church in Hong Kong claimed that the Vatican and Beijing are close to an agreement over how to appoint bishops on the mainland, one of the main stumbling blocks to normalising ties.

Catholic bishops in the state-sanctioned church on the mainland are appointed by the government-backed Chinese Patriotic Catholic Association, but not all are recognised by the Vatican. However, in recent months, the Holy See for the first time publicly recognised two bishops in Sichuan and Shanxi that affiliate to the association.

Hong Kong Cardinal John Tong Hon wrote in the Sunday Examiner newspaper earlier this month that a deal was close in which Pope Francis would have the final say on the appointment of mainland bishops.

Vatican and Beijing near deal on appointment of bishops, Hong Kong cardinal says

Cardinal Tong also suggested in the article that the patriotic Catholic association should no longer nominate candidates to become bishops and that its role should focus on charity and social welfare.

The association should reorient itself “to encourage clergy and the faithful to carry out social charities, actively start social services and work on matters of social interest”, he wrote.

He also suggested that the mainland authorities should recognise more than 30 bishops belonging to unofficial, underground Catholic churches in China which place their allegiance solely with the Vatican.

Most mainland catholics have yet to comment publicly on the negotiations, but a former vice-president of the Patriotic Catholic association, Liu Bonian, rejected the suggestions by Cardinal Tong about the future of the organisation and the appointment of bishops.

“Whether Chinese will ordain their own bishops in future, it’s up to future Sino-Vatican dialogue,” Liu said.

“political stance” made them “unfit for the [Communist] Party to work with”. 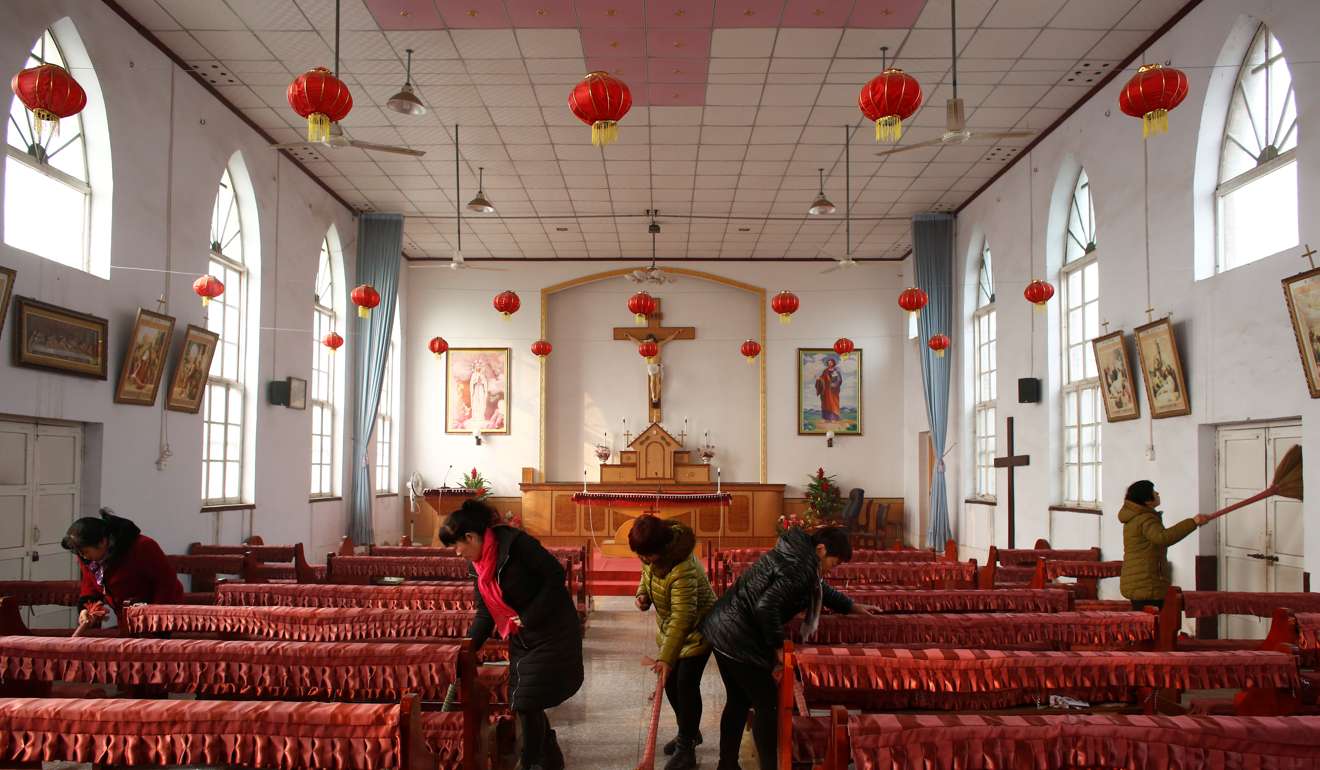 A Guangzhou-based priest, who asked not to be named, said it was too early to talk about the future development of the government-sanctioned Catholic association as any agreements were only preliminary. “It’s premature to discuss these matters before things are solid on paper,” he said.

Another priest from a state-sanctioned Catholic church in central China expressed concerns over the suggestion the patriotic association should concentrate on social welfare.

“It’s a one-sided wish to have the association serve as an NGO for social services. There’s no such proposal being heard on the mainland yet and no one is talking about it,” he said.

The priest said more and more underground Catholic communities were acting in isolation as they had been “ignored” by the Vatican in the negotiations with Beijing.

An underground priest in rural Hebei province was ordained last May as bishop of Zhengding diocese without the approval of Vatican or the Chinese authorities.

A Catholic church member from Inner Mongolia, who also refused to give her name for fear of reprisals, said a small number of underground Catholic communities were concerned that the Vatican might make too many compromises with Beijing in an attempt to normalise ties.

“We pray for those who are in the work of negotiating that they will not deviate from God’s will,” she said.

Beijing and the Vatican broke off diplomatic ties in 1951, creating a schism ­between mainland Catholics who acknowledge the Pope’s spiritual authority and those who are members of state-approved churches.

The pope has been ­trying to heal the rift, sanctioning a working group to resolve obstacles, including the appointment of bishops.

Dalai Lama’s Successor Will be Chosen by Tibetans, not by China: US Envoy

One of largest Buddhist temples near Tibet destroyed by CCP, leaving 3000 nuns homeless