Supreme court and top prosecutor’s office pat themselves on the back for safeguarding state security by sentencing those who subverted state power.

The jailing of rights ­activists was considered the biggest achievement of China’s supreme court and the top prosecutor’s office last year, according to the two bodies’ annual work reports ­released ­on Sunday.

The prosecutions of Zhou and Hu Shigen, another rights activist, were also among the Supreme People’s Procuratorate’s most prominent achievements last year, according to its report. The supreme court ranked “safeguarding state security” first among its list of achievements over the past year – even ahead of its fight against terrorism and religious cults.

Zhou, a graduate from Peking University’s law school, was the founder of the prominent Beijing-based Fengrui law firm.

He was sentenced to seven years’ jail on subversion charges last August after a Tianjin court found him guilty of organising protests and sending associates to attend human rights forums overseas. 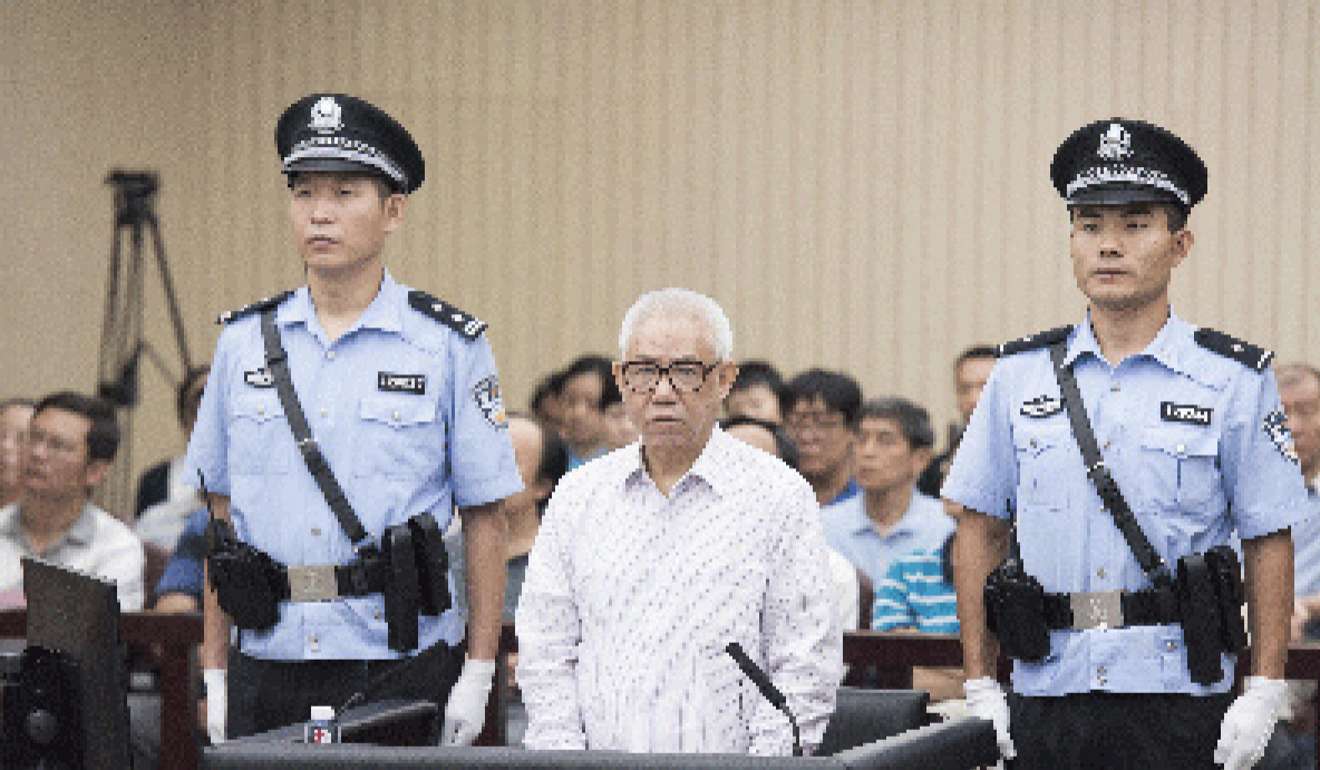 Zhou and Hu were among 300 rights lawyers and activists arrested or interrogated in a sweeping crackdown that began on July 9, 2015. Only four of those detained have since been sentenced. Many are still awaiting prosecution.

Li Chunfu, another Beijing rights lawyer, was released on bail in January after more than 500 days in detention. He was later diagnosed with schizophrenia.

The supreme court also commended itself for hearing defamation cases involving Communist Party revolutionary heroes. In June, an academic was ordered to apologise for challenging the official version of history about five anti-Japanese fighters.

Last June, a scholar was ordered to apologise for challenging China’s official version of history about five anti-Japanese fighters.

Hong Zhenkuai had cast doubt on the story of the Five Warriors of Mount Langyashan, who were said to have jumped off a cliff while fighting the Japanese during the second world war rather than ­surrender.

In September, a popular blogger was also ordered to apologise after he poked fun at the story of Qiu Shaoyun, a young soldier celebrated in mainland Chinese textbooks for choosing to burn to death during the Korean war rather than to betray his comrades. “[We] pursued … defamation cases and firmly guarded the image of heroes,” the court’s report said.

The Supreme People’s Procuratorate also pledged to go after ­finance-related risks on the internet, as well as money laundering and crimes in the securities market. Both the supreme court and the supreme prosecutors’ offices credited themselves for the jailing of hedge fund guru Xu Xiang. Xu was jailed for 5½ years in January for stock market manipulation.

Interview between Miles Kwok and Steven Bannon: Secret deal between Vatican and CCP to...

Guo Wengui editor - 24/02/2019
1
Miles Kwok: Dear friends, I am having an interview with Steven Bannon, chairman of our Rule of Law Foundation, who is now in Vatican,...

World editor - 12/06/2018
0
US President Donald Trump called the declaration signed at end of the summit with Kim Jong-un "comprehensive" but it only contained four generalised main...

The who, what and why in China’s latest VPN crackdown

Social media editor - 27/01/2017
0
By Sidney Leng, Josh Ye, Nectar Gan The new campaign to stamp out ‘unauthorised’ providers is not expected to target individuals directly but could have big implications for...

In China’s e-commerce boom, it takes a village

human rights editor - 01/08/2017
0
APPLE has broken its silence after being accused of helping the Chinese government censor the internet with critics saying it “crossed the line” on...

Guo Wengui editor - 01/11/2017
0
Facebook, Twitter, and Google were grilled this morning about their efforts to combat propaganda in the run up the 2016 US election by the...

Business editor - 27/01/2018
0
If you want to assess the state of electric vehicles in the world, just look at where Tesla is building its biggest Supercharger stations. Tesla...

Lifestyle editor - 23/06/2017
0
For China’s livestreaming craze, the party is over it seems—now that the Communist party has arrived. On Thursday, China’s State Administration of Press, Publication, Radio,...

censorship editor - 01/11/2020
0
Have you ever wondered why the mainstream media giants all censor negative stories about the Chinese Communist Party (CCP), about Biden, about the Democratic...

human rights editor - 27/06/2017
0
London (AFP) - The world is watching Hong Kong as a "test case" of whether Chinese promises mean anything, Britain's last governor said ahead...

North Korean Challenge Comes at China From all Angles

World editor - 08/09/2017
0
Although China’s official stance is that sanctions are not the answer to the increasingly tense situation on the North Korean peninsula, calls for action...

Society editor - 20/12/2020
0
When a vast Chinese armada appeared outside the Galapagos Marine Reserve in South America earlier this year, Ecuador's Government sounded the alarm. They called in...

‘My Music is All About God’: The New Sound That’s Becoming All the Rage...

Religion editor - 10/09/2017
0
Christian music is making inroads in China as more young people enjoy experiencing a new sound.  Some Christians have even moved to China to...

corruption editor - 02/02/2017
0
By Zhou Xin It is a well-known adage that ­behind every successful man is a strong woman. For Chinese ­billionaire Xiao Jianhua, that role is...