China’s former foreign minister and vice-premier Qian Qichen, who played a critical role in handling Hong Kong and Macau’s return to Chinese sovereignty and Beijing’s efforts to normalise relations with the West after 1989, died in Beijing in Tuesday night, according to a government statement yesterday.

Qian, 89, a top Chinese diplomat between 1993 and 2003, was praised as “an excellent Communist Party member, a time-tested and loyal communist soldier, a proletarian revolutionist, and an outstanding diplomat”, according to the brief official release.

Qian’s death comes just a few weeks before the 20th anniversary of Hong Kong’s return to Chinese sovereignty on July 1. He was personally in charge of the return of the city and Macau to China, in 1997 and 1999 respectively.

David Wilson, who was the British governor of Hong Kong when Qian negotiated the city’s future, told the South China Morning Post: “I am very sorry to hear of the death of Mr Qian. He was a very good foreign minister.” 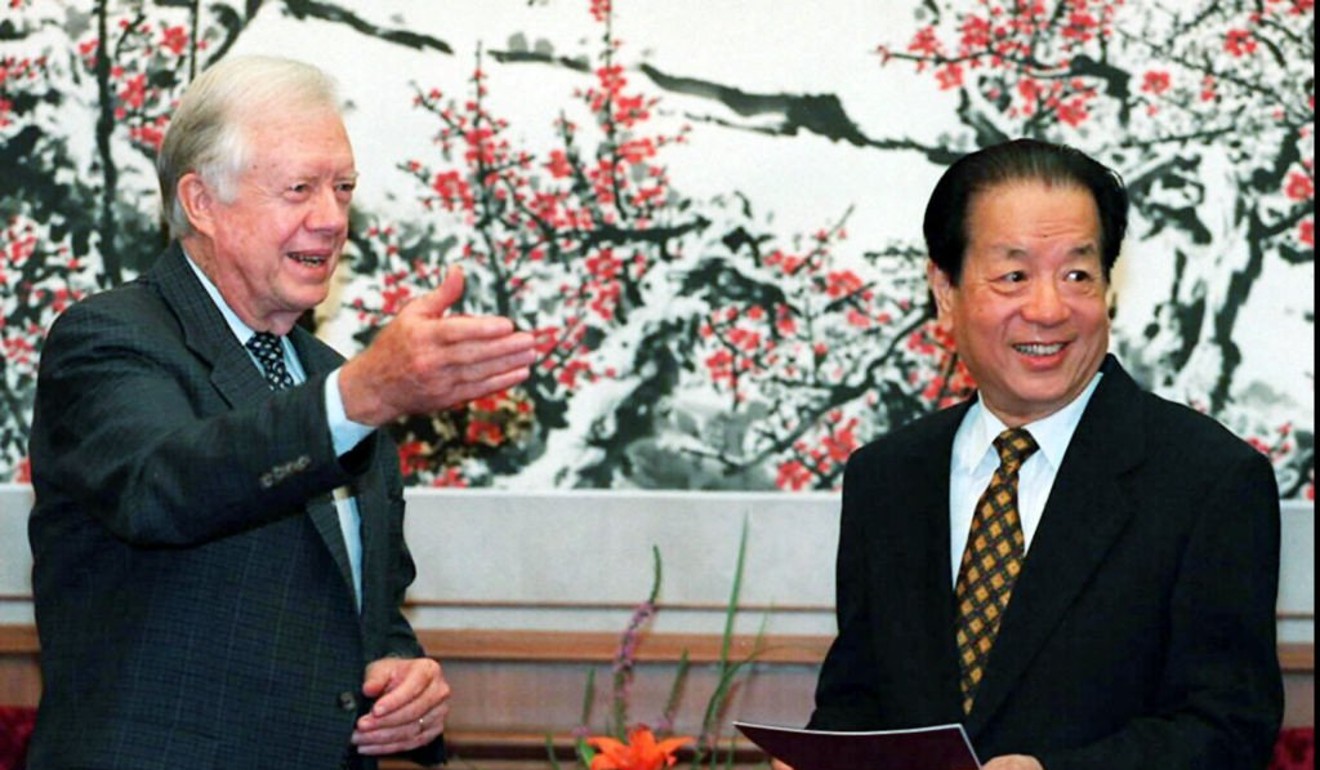 Qian, the top foreign policy adviser to former Chinese president and party chief Jiang Zemin had a front row seat to the country’s most dramatic moments in recent Chinese history – including handling the party’s biggest diplomatic crisis in the aftermath of bloody military crackdown on the student-led pro-democracy movement on June 4, 1989. Washington led the Western world in imposing economic sanctions on China, a major setback to paramount leader Deng Xiaoping’s reform and openness policy. 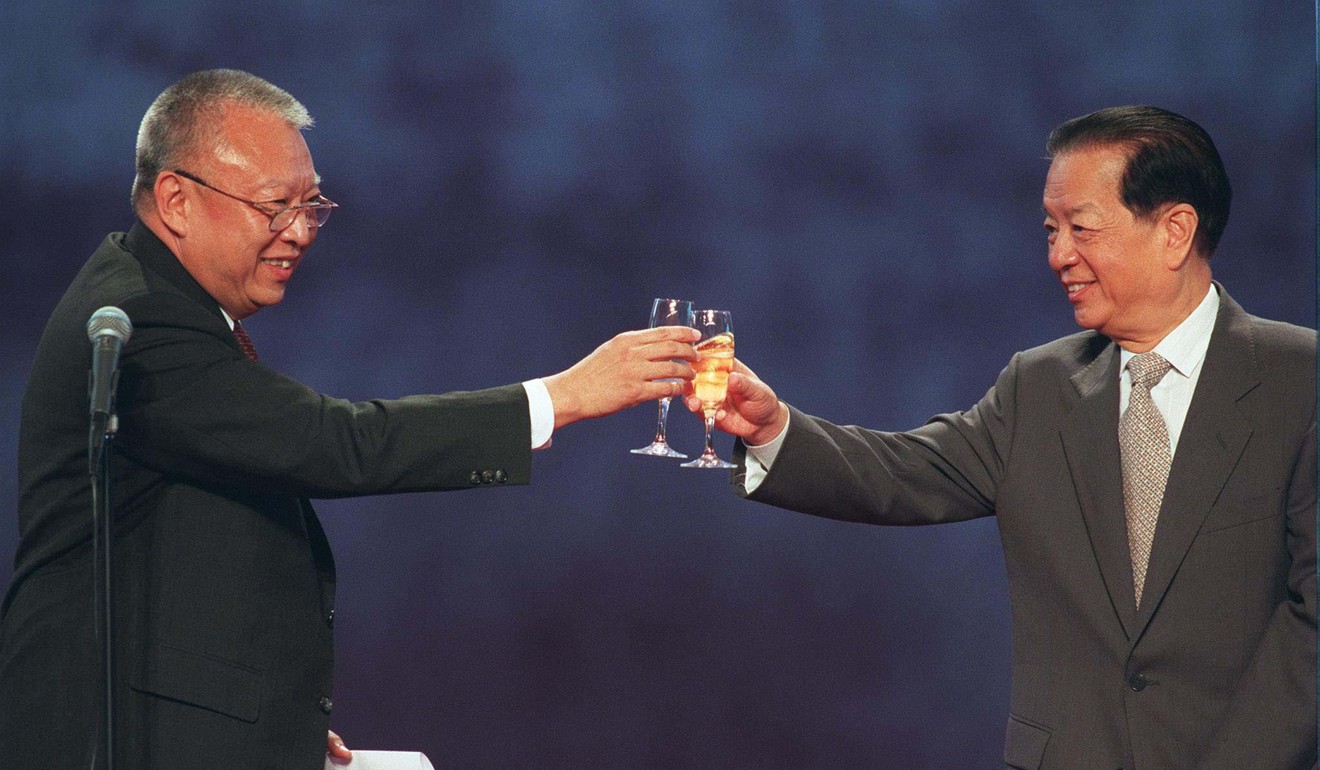 David Lampton, a veteran China expert at Johns Hopkins School of Advanced International Studies, also said Qian had “a nostalgia for the policies in the past, such as Deng Xiaping’s ‘low-key diplomacy’ and Qian was a great foreign policy leader for China”, especially at a time when China became increasingly assertive in recent years.

Ma Zhengang, a former Chinese ambassador to Britain, said Qian has made extraordinary contributions to China’s relations with the outside world, especially during the most difficult era after 1989.

Qian was made China’s top foreign policy adviser when he was elevated to the party’s top decision-making Politburo in the 14th party congress in late 1992 and made vice-premier of the of State Council in charge of diplomacy in March 1993.

Qian retired from his party and government posts during a major communist leadership reshuffle, beginning in 2002.

China’s hold on Hong Kong: who makes the policy decisions for the city?

In his two-decade diplomatic life as foreign minister and vice-premier, Qian also oversaw several critical stand-offs with the United States, such as the Taiwan Straits missile crisis, Nato’s bombing of the Chinese embassy in Yugoslavia and the mid-air clash between a China jet fighter and a US renaissance plane in the South China Sea.

In his book, Ten Episodes in China’s Diplomacy, published in 2006, Qian recounted his diplomatic episodes from behind the scenes and tells how global relationships were delicately maintained through tough negotiations.

A native of Shanghai born in 1928, Qian joined the Communist Party at age 14 in 1942. He began his diplomatic life as a staff member at the Chinese embassy at Moscow a year after he was sent to study at the Communist Youth League School of the Soviet Union in 1954.

Qian spent most of his career as a diplomat since then.

By Cary Huang and Shi Jiangtao

Business editor - 21/06/2017
0
A Chinese bike-sharing company has gone out of business after 90% of its bikes went missing in the first five months. Chongqing-based Wukong Bikes said...

Sports editor - 09/09/2017
0
The UFC has officially signed Yan Xiaonan, which will be the promotion’s first female fighter from China on the roster. The 28-year-old has a...

Striking before and after footage shows how a deadly earthquake destroyed China’s top scenic...

Society editor - 11/08/2017
0
The 7.0 magnitude earthquake rocked China's Sichuan province on the evening of August 8 At least 20 people have been pronounced dead with...

Tech editor - 25/07/2017
0
As malicious hackers mount ever more sophisticated attacks, China is about to launch a new, "unhackable" communications network - at least in the sense...

Taiwan president Tsai Ing-wen to visit allies next week, with possible US stopover

News editor - 13/03/2019
0
Taiwan President Tsai Ing-wen will next week visit the island's diplomatic allies of Palau, Nauru and the Marshall Islands, a government official said on...

World editor - 04/06/2018
0
The US congress will follow the Turnbull government’s lead in cracking down on Chinese political interference by introducing a historic bill today that also...

Guo Wengui editor - 21/11/2019
0
November 20 is the anniversary of last year’s Press Conference on the Death of Wang Jian and the truth behind HNA Group. In his...

human rights editor - 22/06/2017
0
Mark Ching and his group 'Animal Hope and Wellness Foundation' have intercepted dozens of cages packed with dogs that were bound for the festival...

Society editor - 02/09/2017
0
Cameras at Qingdao event identify 25 suspects in under one second, including a man who had been on the run for 10 years. Chinese police...

human rights editor - 28/06/2017
0
China "is not making significant efforts" to stop human trafficking, the US says, claiming that fewer people are now being prosecuted than before. The US...

Tanks and military vehicles are being used against protesters in Wuhan

News editor - 06/07/2019
1
There is a massive protest in Wuhan China going on right now, sparked by the construction of a waste incinerator. Tens of thousands of...

Social media editor - 19/05/2017
0
China’s already-big WeChat is searching for how to get even bigger. The answer? Search. Today the company publicly unveiled (link in Chinese) a feature—called “Search,”...

China is run by the sexual organ

Art & Entertainment editor - 25/08/2020
0
The crackdown on Hong Kong's democratic protests last year was basically linked to a book: Xi Jinping and His Lovers and the disappearance of...