The new campaign to stamp out ‘unauthorised’ providers is not expected to target individuals directly but could have big implications for companies based on the mainland.

hina’s Ministry of Industry and Information Technology said in a notice earlier this week that all unauthorised virtual private networks will be banned as the ministry rolls out a 14-month campaign to “clean up” and “regulate” internet connection services.

Who will be targeted?

It appears the crackdown will target Chinese businesses and individuals involved in providing unauthorised VPN services. The ministry said late on Tuesday that VPN networks of multinationals approved by Chinese authorities won’t be affected.

Individuals using VPNs on their computers or mobile phones will not be targeted directly. “As for VPN users in China, this new regulation doesn’t make using VPN illegal”, the website VPNDada.com said in a statement.

The regulation does not specifically address how the crackdown will affect providers outside China. In practice, Beijing has always tried to block such services that help Chinese internet users bypass the “Great Firewall”. In one infamous case, the US consulate in Shanghai in August last year published a Weibo post seeking “reliable” VPN service providers.

The blocking of overseas VPN services could intensify even though the latest notice did not mention the move specifically.

“It’s certainly possible that they will try to shut down us and move onto government VPNs,” Sunday Yokubaitis, president of the popular Golden Frog VPN service provider that boasts a big Chinese client base, told the South China Morning Post.

What can China do to block VPN services?

China will find it easier to crack down on businesses and individuals based in the country. Local telecoms authorities and operators can stop providing basic services such as access to servers. In extreme cases, the police force can be involved.

As for overseas VPN service providers, China’s censors can block their websites, “ports” and VPN servers, according to VPNDada.com.

In August 2015, a month before Beijing’s grand military parade marking the 70th anniversary of the end of the second world war, the South China Morning Post reported that popular VPN provider Astrill had told users that China “was cracking down on IPSec VPNs using GFW [Great Firewall] auto-learning technique” to make its service unavailable on the mainland. 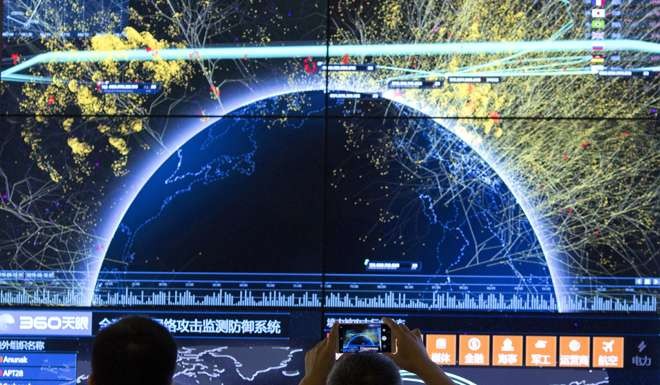 How long will the crackdown last?

The crackdown campaign has a time frame from now until the end of March, 2018. This does not mean it will stop after that date. It’s thought that during this time, VPN providers in China will either reapply for approval or simply close shop.

At the same time, authorities will keep a close eye on how the rule is carried out. After March 31, 2018 certain penalties may kick in and the campaign will most likely continue with updated policies.

Stability is the main theme in China this year as President Xi Jinping prepares for a reshuffle within the top leadership and a smooth transition to his second five-year term. Xi’s calls for “internet sovereignty” have translated into increasingly tight regulations on the nation’s cyberspace, such as introducing a cybersecurity law that requires security reviews of IT support for such sectors as finance, requiring tech giant Apple to remove the app of The New York Times from its Chinese store, and these latest, tightening the screws on VPN services.

What will the impact be?

The new rule will almost certainly disrupt business for Chinese and foreign firms operating in China. But a bigger concern is that China’s control of the internet is hurting its own attractiveness as a business destination.

“The more that your business relies on access to standard global business essentials, like online banking, the more difficult it is to operate from China,” said Charlie Smith, the pseudonym of the co-founder of Greatfire.org, which has monitored China’s online censorship since 2011. “I don’t know how the Chinese leadership thinks that Chinese companies can ‘go global’ with internet connections that only ‘go local’.”

Social media ban: battle of life and death has begun

The Pentagon has created a new office solely focused on China. Is that a...

Military editor - 07/10/2019
0
WASHINGTON — Since the release of the National Defense Strategy in early 2018, top Pentagon officials have stressed that the department needs to keep its focus...

China Ramping Up Quest to Become a Space Science Superpower

Tech editor - 28/07/2017
0
Time seems to move faster at the National Space Science Center on the outskirts of Beijing. Researchers are rushing around this brand-new compound of...

Remarks on China by President Trump Before Air Force Once Departure

News editor - 16/08/2019
0
Morristown Municipal Airport Morristown, New Jersey 5:07 P.M. EDT Q    What actions are you prepared to take to avoid a recession if this yield curve thing is...

chinese communist party editor - 09/05/2020
0
As the coronavirus ravages the world – killing, shattering families, destroying jobs and businesses, ripping through economies, threatening still worse in some of the poorest countries...

Former CCP Defense Secretary Chi Haotian: The war is coming to us

Military editor - 26/03/2021
0
Editor: Chi Haotian, also spelled as Chih Hao-tien, is a retired general of the Chinese People’s Liberation Army. He served as the former Vice...

Evidence and investigation into the US election fraud

US china editor - 07/11/2020
0
The Fake is Ruling America: the Biggest Election Fraud in U.S History In the early morning of November 4th, US President Trump announced that he...

Pollution editor - 15/02/2017
0
Residents take the street in Daqing despite warnings from the authorities Fearing pollution, hundreds of residents in a northeastern Chinese city protested on Tuesday against...

Trump just backed down from a big trade fight with China

World editor - 27/06/2018
0
He’s opting to work with Congress on a more modest measure to restrict Chinese investment in the US. After weeks of anticipation, President Donald Trump...

The CCP Method: The coronavirus outbreak is the latest wakeup call

News editor - 21/08/2019
0
QUESTION:  All right, welcome back to Squawk Box.  Let’s get right to our big Squawk newsmaker this morning.  Welcome, Secretary of State Mike Pompeo. ...

News editor - 31/01/2021
0
Several media including BBC and Reuters reported on January 29, the so-called Origin Tracing Team of World Health Organization (WHO), after completing the 14-day...

China to send delegation for US talks to avert trade war

Trade editor - 16/08/2018
0
A Chinese trade delegation will visit the US this month to kick off a new round of talks, the first since negotiations broke down...