The shutdown was unusual, and came without warning.

Chinese censors tested on Thursday a new way of shutting down websites and cutting off the country’s internet users from the rest of the world. The censorship drill targeted tools that many in China use to thwart the country’s vast online censorship system, though internet companies said it also hit some sites at random.

One Beijing online video company watched as its app and website went offline for about 20 minutes without warning. The way it was disconnected — the digital tether that connected its service to the rest of the internet was severed — suggested more than a mere technical outage, according to the leader of the firm’s technology team, who requested anonymity for himself and the company for fear of reprisals.

Chinese officials did not comment on the test, and there was no indication that they would use the system again. But if they do, it may not be a total surprise.

China has embarked on an internet campaign that signals a profound shift in the way it thinks of online censorship. For years, the China government appeared content to use methods that kept the majority of people from reading or using material it did not like, such as foreign news outlets, Facebook and Google. For the tech savvy or truly determined, experts say, China often tolerated a bit of wiggle room, leading to online users’ playing a cat-and-mouse game with censors for more than a decade.

Now the authorities are targeting the very tools many people use to vault the Great Firewall. In recent days, Apple has pulled apps that offer access to such tools — called virtual private networks, or VPNs — off its China app store, while Amazon’s Chinese partner warned customers on its cloud computing service against hosting those tools on their sites. Over the past two months a number of the most popular Chinese VPNs have been shut down, while two popular sites hosting foreign television shows and movies were wiped clean.

The shift — which could affect a swath of users from researchers to businesses — suggests that China is increasingly worried about the power of the internet, experts said.

China still has not clamped down to its full ability, the experts said, and in many cases the cat-and-mouse game continues. One day after Apple’s move last week, people on Chinese social media began circulating a way to gain access to those tools that was so easy that even a non-techie could use it. (It involved registering a person’s app store to another country where VPN apps were still available.)

Still, Thursday’s test demonstrates that China wants the ability to change the game in favor of the cat.

The Ministry of Public Security did not respond to a faxed request for comment.

Studies suggest that anywhere from tens of millions to well over a hundred million Chinese people use VPNs and other types of software to get around the Great Firewall. While the blocks on foreign television shows and pornography ward off many people, they often pose only minor challenges to China’s huge population of web-savvy internet users.

China’s president, Xi Jinping, has presided over years of new internet controls, but he has also singled out technology and the internet as critical to China’s future economic development. As cyberspace has become more central to everything that happens in China, government controls have evolved.

It is difficult to figure out the extent of the new efforts, since many users and businesses will not discuss them publicly for fear of getting on the bad side with the Chinese government. But some frequent users said that getting around the restrictions had become increasingly difficult.

One student, who has been studying in the United States and was back in China for summer vacation, said that her local VPN was blocked. She said she had taken the period as a sort of meditation away from social media and left a note on Facebook to warn her friends why she was a “gone girl.”

A doctoral student in environmental engineering in at a university in China said it had become harder to do research without Google, though his university had found alternative publications so that students did not always need the internet. He has since found a new way to get around the Great Firewall, the student said, without disclosing what it was.

Close observers of the Chinese internet said some VPNs still work — and that China could still do a lot more to intensify its crackdown.

“We do think that if the government has decided to do so, it could have shut down much more VPN usage right now,” said a spokesman for VPNDada, a website created in 2015 to help Chinese users find VPNs that work.

“If the government had sent more cats, the mice would have a tougher time,” said the spokesman, who declined to be named because of sensitivities around the group’s work in China. “I guess they didn’t do so because they need to give some air for people or businesses to breathe.”

China’s online crackdowns are often cyclical. The current climate is in part the result of the lead-up to a key Chinese Communist Party meeting, the 19th Party Congress this autumn. Five years ago, ahead of a similarmeeting, VPNs were hit by then-unprecedented disruptions.

Much like economic policy or foreign affairs, censorship in China is part of a complicated and often imperfect political process. Government ministries feel pressure ahead of the party congress to show they are effective or can step in if a problem appears, analysts said.

“So it’s definitely not an apocalypse for VPNs,” said Paul Triolo, head of global technology at Eurasia Group, a consultancy. 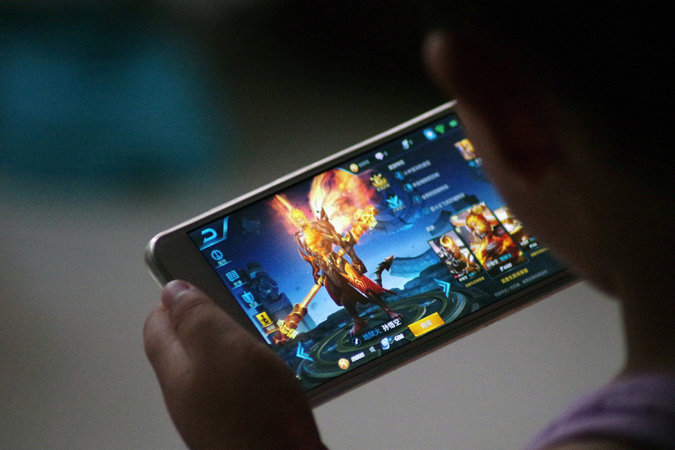 A child plays Honor of Kings, a popular online video game offered by China’s Tencent Holdings. Tencent recently limited the time people under 18 are allowed to play it. CreditChina Network/Reuters

“Just a more complex environment for users to navigate, and new capabilities and approaches give China better ability to shut off some delta of VPN use at a time and place of Beijing’s choosing,” he said.

China’s population is learning to deal with those difficulties at a younger age. Earlier this summer, China’s internet giant Tencent began limiting the time that people under 18 were allowed to play the popular online game Honor of Kings to an hour a day for those under 12, and two hours for those age 12 to 18.

So Chinese youths have taken to an age-old solution: getting a fake ID.

“Your Honor of Kings being limited? Interested in getting an over-18 identification?” read a recent advertisement on Chinese social media. “No problem. Get in touch for a low-price ID.”

How Wuhan residents are living with the coronavirus lockdown

News editor - 01/02/2020
0
Wuhan has been completely locked down, with residents cooped up in their homes and the streets abandoned. Coronavirus death toll rises to 259 in the...

President Trump gives what he says may be the most important speech he’s ever...

World editor - 10/08/2017
0
Angered as the United States and its allies ignore Chinese calls to calm tensions over North Korea, and distracted by domestic concerns, China is...

World editor - 05/12/2018
0
With the G20 deal of 90 days delay on added tariffs, US president Donald Trump and his administration have successfully made achievements in six...

How world leaders have responded to Joe Biden’s FAKE victory?

CPDC Briefs on the present and growing danger from Communist China

Politics editor - 26/03/2017
0
China’s preferred candidate has won the heavily restricted election for a new leader of Hong Kong in a contest that pitted popular appeal against...

News editor - 31/08/2019
0
The spokeswoman for Parliament of the European Union (EU) On Saturday has expressed strong concern on the situation of Hong Kong, saying its member...

Travel editor - 21/08/2017
0
Bullet train trips between Beijing and Shanghai will get faster from Sept 21 when Fuxing bullet trains run at 350 kilometers per hour, bringing...

Society editor - 02/08/2017
0
IT WAS always going to be a controversial piece of writing. Chinese blogger Zhang Wumao’s damning assessment of life in Beijing and everyone who lived...

Blockchain, Bitcoin, Cryptocurrency And ICOs – All You Need To Know In 10 Minutes

Money editor - 17/09/2017
1
I’ve often sung the praises of blockchain technology, which I truly believe has the potential to create great efficiencies across many industries. Probably the most visible...

In China, a Store of the Future—No Checkout, No Staff

Business editor - 17/06/2017
0
At 8 p.m. one evening earlier this week, on a dark university campus with no option for grabbing a snack after studying into the...