A spokesperson for the Chinese Foreign Ministry says Sarah McIver​ was working illegally.

An Alberta teacher who recently became the third Canadian detained in China this month has been sentenced to administrative punishment for illegal employment, according to a spokesperson for the Chinese government.

Hua Chunying of the Chinese Foreign Ministry told reporters during a briefing Thursday that Sarah McIver was sentenced to an administrative punishment, but did not explain what that means. 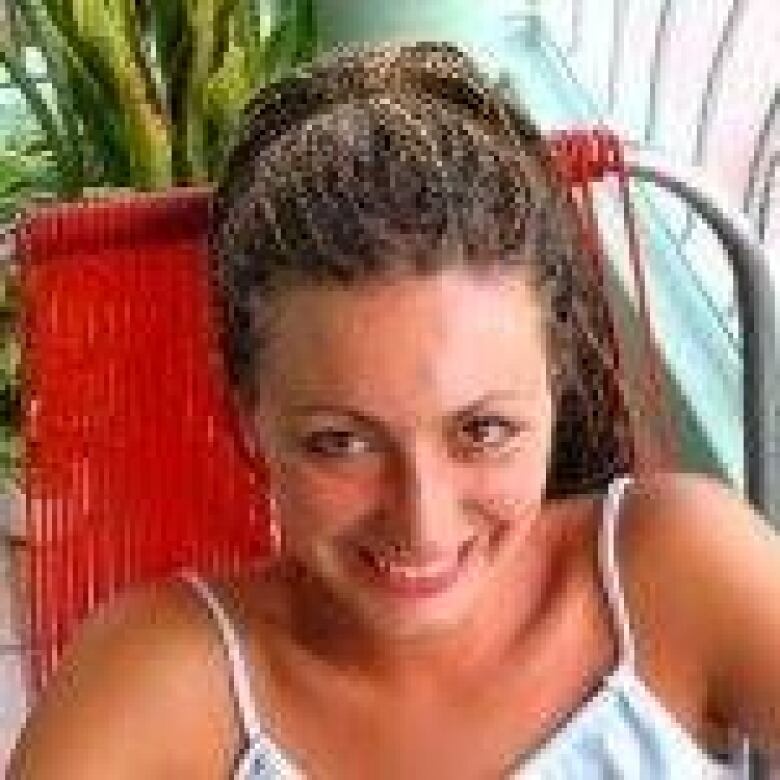 The Canadian government has said the case of Albertan Sarah McIver — the third Canadian recently taken into custody in China — does not appear to be related to the detention of two others. (Facebook)

Global Affairs Canada said that as of Thursday morning, officials still had not obtained consular access to McIver. Hua said there is smooth communication between China and Canada on the McIver case, and her government will allow Canada to perform its normal consular duties.

Erin O’Toole, the Conservative foreign affairs critic, revealed on Twitter Wednesday morning that his office contacted Foreign Affairs Minister Chrystia Freeland’s office Tuesday after hearing from another MP who had been contacted by the then unnamed Canadian detainee’s family.

He told CBC the family said McIver had been working in China for months without problems when Chinese authorities suddenly reached out to question her about her visa. She was then arrested, leaving her family deeply concerned.

A source who spoke on condition of anonymity confirmed Canadian officials did not find out about this latest detention from their Chinese counterparts.

Hua said McIver’s arrest isn’t linked to national security issues, as is the case with the other two Canadian detentions.

Prime Minister Justin Trudeau made similar comments during a year-end news conference in Ottawa on Wednesday.

“We’ve only got the preliminary indications … that it’s not linked to a matter of national security for the Chinese,” he said.

Canada has faced a wave of criticism from Chinese officials and state media since Meng Wanzhou, a top executive with China-based telecom giant Huawei, was arrested in Vancouver earlier this month. Meng was arrested at the request of U.S. officials and released on bail pending extradition proceedings.

One of the two men, Michael Kovrig, served as a diplomat with GAC but was on leave to work with the International Crisis Group, a non-governmental organization, at the time of his arrest in China. The other, Michael Spavor, is a businessman who arranges tours of North Korea.

‘We have to be prepared for a long haul’

Hugh Pope, director of communications for the International Crisis Group, said Kovrig is a dual Canadian-Hungarian citizen travelling on a Canadian passport.

Reuters is reporting that factor could put further pressure on China by involving the European Union, China’s largest trading partner.

Pope said he believes Kovrig is being used as a pawn in a geopolitical game.

“Both he and we have to be prepared for a long haul,” he said in an interview.

“This is all in the hands of China. They’ve detained him only on these investigative charges. This is not going to result in any change on our part that will somehow make the situation go away. So we are basically waiting for China to make the next move.”

When Trudeau was asked whether he thought it was time for him to reach out personally to Chinese President Xi Jinping and formally request the release of Kovrig and Spavor, he said there needs to be a unique approach to each case.

“When I was in opposition … I remember standing in the House and challenging [Prime Minister Stephen] Harper to pick up the phone and get this Canadian released. I now understand that it’s always a lot more complicated than that,” he said.

“Sometimes, politicizing or amplifying the level of public discourse on this may be satisfying in the short term, but would not contribute to the outcome we all want, which is for Canadians to be safe and secure.”

Trudeau has said any decision to change Canada’s travel advisory for Canadians visiting China would be left to officials and government experts who are closely monitoring the situation.

Brian Kingston vice-president of the Business Council of Canada, said that they’re not changing their advice to Canadian businesses operating in China yet.

“We continue to advise Canadian companies with operations and employees in China to monitor the travel advice provided by Global Affairs Canada,” he said in an email.

“Our primary concern is the safety of Canadians living and working in China. We are also closely watching to see if China exacerbates the situation by taking unwarranted measures against Canadian companies.”

Why Canada Is Selling Advanced Nuclear Reactors to China

An Ever Evolving Chinese-Canadian Community Has Become More Canadian

Canadians being told to prepare for a possible novel coronavirus pandemic

China warns Canada of consequences if it does not release Huawei...