History is literally being made — and remade — as the final touches are added to a new cultural museum that recognizes the work and sacrifice of more than 17,000 Chinese labourers who helped build the Canadian Pacific Railway through the Fraser Canyon in B.C.

The Lytton Chinese History Museum traces the story of Chinese inhabitants in the Lytton area from 1858 to 1928.

The facility has been built on the grounds of a former Chinese joss house, also known as a temple or shrine.

“A joss house is basically a non-Chinese term for either Chinese temples or community halls from that era,” said museum co-founder Lorna Fandrich.

“Joss was burning incense, so if you translate it literally, it would be an incense burning house.”

The land sat vacant until it was purchased in 1980 by Fandrich and her husband Bernie.

The two needed a place to store their rafting business equipment.

But instead, they became fascinated with the site’s history after reading a 1933 newspaper article that detailed some of the property’s spiritual history.

“Once I got that article, I thought eventually we should put a little museum or some historical thing on it,” said Fandrich.

The article lead Fandrich to intensely study the site’s history, acquire artifacts, travel to Buddhist temples in California, and assemble a panel of experts to help spearhead the project. 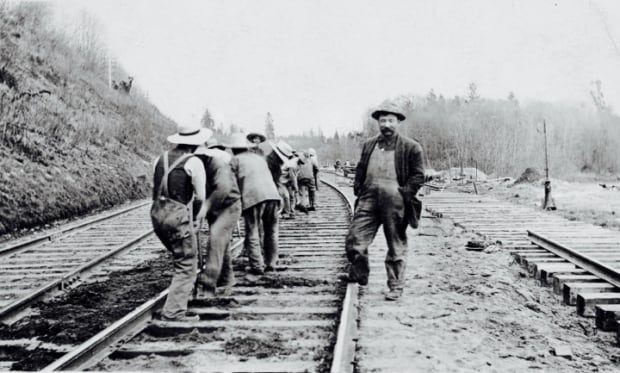 The museum includes nearly 200 period artifacts collected from throughout the B.C. Interior.

The majority of them were in a collection Fandrich bought from a man in Lillooet, B.C.

“He wanted to sell because he’s getting elderly and he wanted it to go some place where it would be intact,” said Fandrich.

“That was over 150 pieces that tell the story. It’s an excellent collection.”

The remaining pieces Fandrich has collected herself along the way.

The museum’s exhibits tell stories about the B.C. gold rush, railway construction through the Fraser Canyon, cultural customs and practices and the hurdles faced by Chinese labourers. 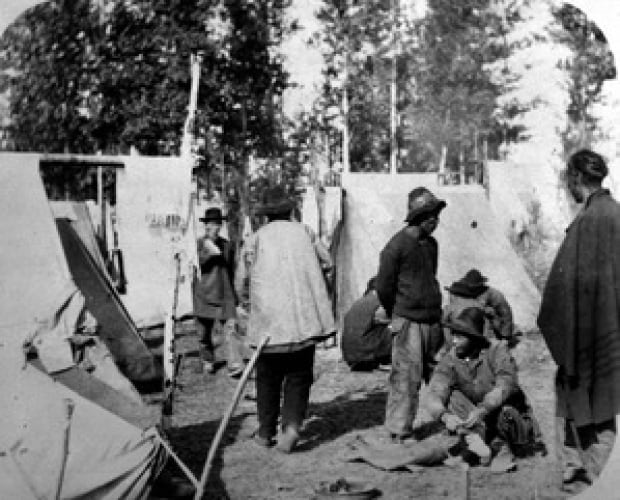 Chinese men who worked to build the railroad in B.C. were paid about $1 a day and lived in camps. (Lorna Fandrich)

The museum will open on May 13.

An Ever Evolving Chinese-Canadian Community Has Become More Canadian

Canadian citizen detained in Beijing locked in room as punishment

Canada to decide on potential free trade agreement with China this...

Canada Strengthens Its Cultural and Economic Ties with New Zealand and...

How Vancouver became China’s aviation hub to the West