More than 120 people from the Greater Toronto Area’s Chinese community have likely lost nearly $9 million in syndicated mortgage investments solicited by someone they trusted, who then loaned the money to a convicted fraudster, a CBC News investigation has found.

Margaret Wong, a retiree, is one of the investors. She put $200,000 into four syndicated mortgage projects and says that the money is now gone; she’ll have to sell her house to pay off her line of credit.

“Trust has been misused,” said Wong. “It makes us afraid to trust anybody.” 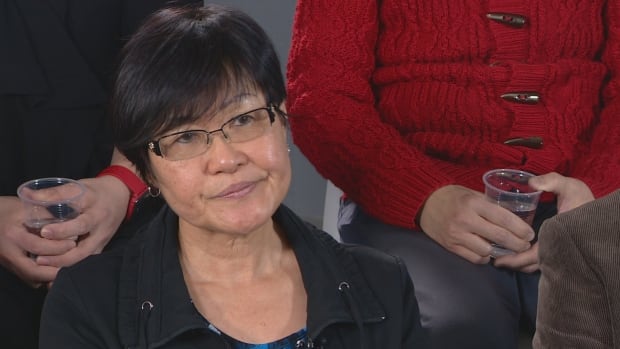 A couple of years ago, Wong attended an investment seminar held by Dominic Ha, a registered mortgage agent and fellow parishioner at her church. Using a PowerPoint presentation, Wong says that Ha “painted very rosy pictures with 12 per cent interest” on a short-term loan.

‘It makes us afraid to trust anybody.’– Margaret Wong, syndicated mortgage investor

The loan would be part of a syndicated mortgage, which is when a borrower finds more than one private lender to invest money in a property instead of going to the bank.

In this case, the borrower was Black Bear Homes, a developer in Fort Erie, Ont. Most of the projects involved renovating or building houses or townhomes in the Crystal Beach community on Lake Erie.

Syndicated mortgages can be legitimate, legal investments to help develop a property, but they can also be used to perpetuate fraud, according to certified fraud examiner, Bill Vasiliou.

Normally in a syndicated mortgage, an investor would lend less than what the property is worth, so that their investment can be recouped from the sale of the property. But in the investments Ha solicited, investors were collectively lending much more.

“They’re registering here a mortgage of $300,000 on a property valued at $70,000,” Vasiliou told CBC News while reviewing a contract. “Where’s the security in that?” 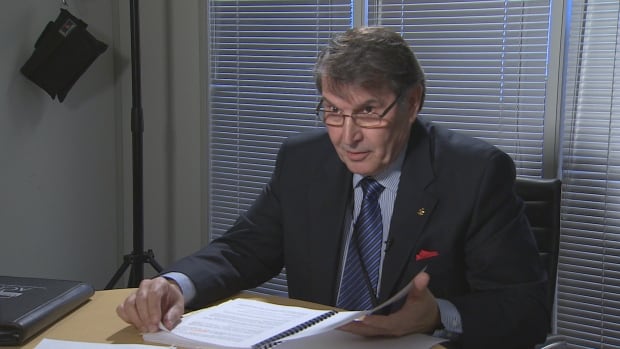 Bill Vasiliou is a certified fraud expert and after reviewing Black Bear’s syndicated mortgage contracts, ledgers and the investors stories, he told CBC News, in his opinion, ‘this is open fraud.’ (CBC)

After examining Black Bear’s syndicated mortgage contracts, ledgers and the investors stories, Vasiliou told CBC News, in his opinion, “this is open fraud.”

CBC News contacted Black Bear Homes for an interview to respond to Vasiliou’s view of the investments and they declined.

‘He said 100 per cent guarantee, don’t worry about it, get the money back. That’s what he promised me,’– Kwanny Lam, syndicated mortgage investor

In an email, Black Bear Homes representative Gary Fraser told CBC News he was doubtful an expert would consider the investments fraud.

Most of the investors were looking to earn better interest with these investments than what they could get at a bank.

Ha told Wong and other investors, like Kwanny Lam, that syndicated mortgages were safe and secure, when in fact the Financial Services Commission of Ontario (FSCO) considers them high-risk.

According to the contracts that investors signed, Ha received 10 per cent of the funds for each syndicated mortgage he solicited for “mortgage orientation, referral, management and consulting fees.”

Under FSCO’s requirements for promoting syndicated mortgages, the regulatory body states mortgage brokerages “must ensure that investors in syndicated mortgage investments understand potential risks” and that a signature on a contract alone isn’t “sufficient proof that the client was adequately informed about the investment and its risks.”

“He should have gone through the documentation properly,” Vasiliou told CBC News. “Just like any financial adviser, they have to know their client: what is the risk tolerance of the individual?”

Ha declined an interview request via email, and when CBC News approached him in person, he refused again and drove away. 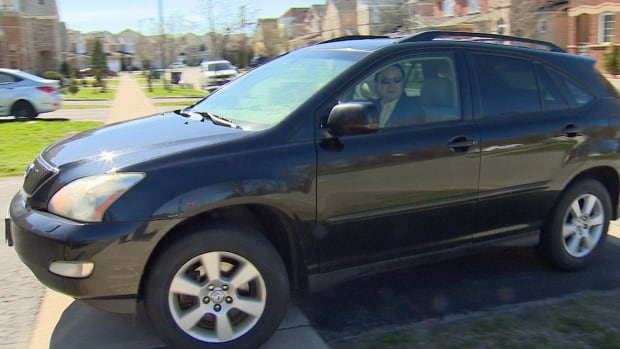 Dominic Ha refused to do an interview when approached by CBC News and then he drove away. (CBC)

CBC News later received a statement from Ha’s lawyer that read: “He has clearly informed and disclosed to each investor all the information that both the law and the mortgage broker require him to disclose.” It also said that “there are strict rules and regulations in law regarding the practice in the private mortgage investment market, and Mr. Ha has followed them thoroughly.”

More than 120 investors still haven’t been paid back their principal investment, according to property records obtained by CBC News. Lam was supposed to be paid back in September 2014 and is still waiting.

“With the monthly cheque coming here, I had no idea,” said Alexander Wong. “I thought it was OK. But later we found out the bouncing cheque and discover that there’s a problem.”

Alexander Wong has been friends with Ha for nearly 30 years and invested $160,000 through three projects. He says he signed the investment contracts without reading through them because he trusted his friend. But after the initial term of the loan was up, the payments stopped coming and he started asking questions. 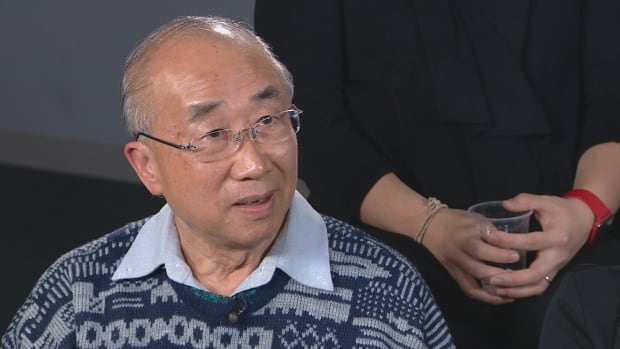 None of the investors CBC News spoke to received interest payments after February 2016.

Developer defrauded 13 victims of $2M a decade ago

It was only then that many of the investors found out more about Black Bear Homes, and its day-to-day operator, Gary Fraser.

“Gary Fraser has been in prison for similar scam,” said Margaret Wong. “For scamming his pastor, scamming his family, his aunties and other parishioners.” 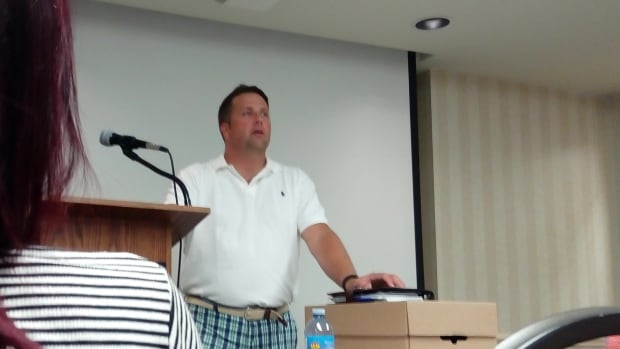 None of the GTA investors knew about Fraser’s past until a meeting for concerned investors in July 2016 — but they say they were told that Ha knew at that meeting.

“Dominic knew about his histories,” said Margaret Wong. “Dominic chose not to mention it to us, any of us.”

Some of the investors did meet Fraser before investing in the projects. They say that he took them on tours of a couple of development projects in Niagara-on-the-Lake and Crystal Beach. 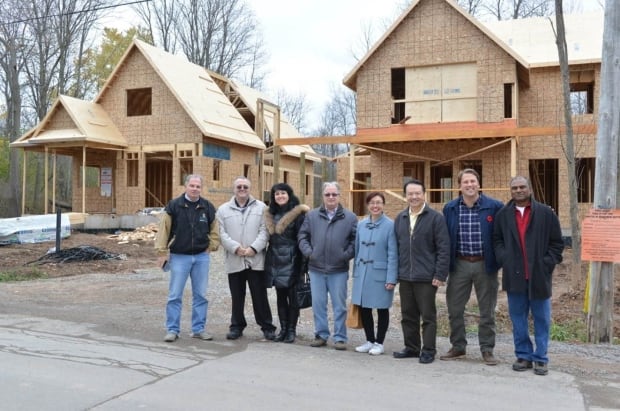 “You see all the houses being built, but the house was only half-finished and left there, but we were not told that,” said Margaret Wong. “They said they had been constantly working on those houses, finishing it off. But you know they were just left empty.”

CBC News visited Crystal Beach and saw a handful of partially finished houses on some of the investment properties, while others were still empty lots. 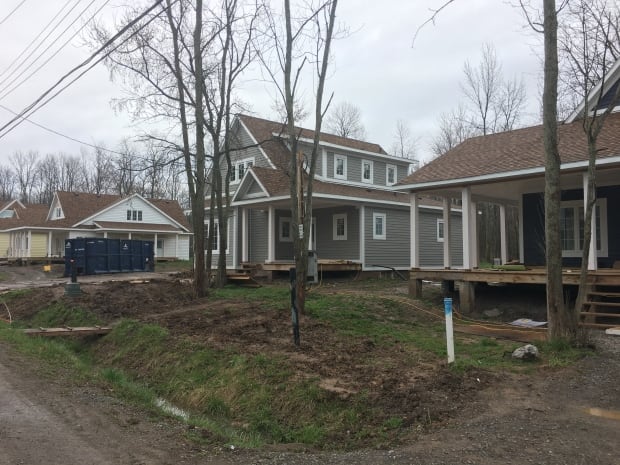 These syndicated mortgage properties were sold under power of sale and now a new developer is working on completing construction on the houses. (Nicole Brockbank/CBC)

Some of the properties with half-finished houses were sold under power of sale and are now being completed by another developer.

The investors have also learned where their interest cheques were coming from. After asking for a record of where their money went, some of the investors were given a ledger for their investment by the lawyer obtained to represent them in registering the mortgages.

‘All they were getting back was their own capital.’– Bill Vasiliou, certified fraud examiner

The ledgers CBC News obtained show that once the investment money entered the account, within a day, the fees for Dominic Ha, the mortgage brokerage and the investor’s lawyer were transferred out along with most of their principal investment.

Whatever funds remained were then used to pay the investors their monthly interest payments until the money ran out, according to the ledgers.

“All they were getting back was their own capital,” said Vasiliou after reviewing the ledgers.

Investors say they suffered another hit when they found out that Black Bear Homes had taken out a second mortgage ahead of theirs on most of the investment properties.

The contracts CBC News obtained allow for a “construction loan” to be registered ahead of the syndicated mortgages, but investors say they were never told about it before signing on.

Quite the opposite, says Margaret Wong, explaining that Ha made it clear to her that, “we are protected, we are first mortgagee, our money is protected by the lawyers.”

The investments from at least six of the projects are already lost because Black Bear Homes defaulted on the mortgage to the construction lender and the lender then sold the property under power of sale, according to property records obtained by CBC News.

So will any of the investors get their principal back? Vasiliou doesn’t think so.

“They’re not getting their money back,” said the fraud expert.

“How can a churchgoer who was so devoted lie to us?” said Margaret Wong. “We believe every word he said. He said, ‘Don’t worry,’ so we don’t worry.”

One of Margaret Wong’s four syndicated mortgage properties has already sold under power of sale.

“The postponement from first mortgagee to second mortgagee, [Dominic] never mentioned this one to us,” said Alexander Wong. “If we had known this one here, no one would have liked to buy it.”

All of the investors CBC News has spoken to have reported Black Bear Homes, Gary Fraser and Dominic Ha to the police and FSCO.

York Regional Police confirmed they are investigating these syndicated mortgages.

Diplomats warned federal government about getting too tight with China, committee...

Some B.C. universities leasing spaces on their campuses to private Chinese...

Canada’s jobless rate soars to 13 per cent in April

‘I wanted to kill myself’ : Chinese investor testifies his family...