A popular Chinese drama which has been dubbed ‘China’s Sex and the City‘ has won plaudits for shining a light on modern-day women’s issues in a country where attitudes towards sex and gender roles are rapidly changing.

Ode to Joy is breaking new ground by tackling subjects which are traditionally seen as taboo on Chinese television, such as sex, virginity and the range of challenges women face in male-dominated workplaces in China.

Glamorous and often provocative, the show explores the lives of five successful and attractive young woman who live on the same floor of a Shanghai apartment complex called Ode to Joy.

The series, which is currently planning for a third season, sparked huge discussion in China in May with an edgy storyline in which a boyfriend split up with one of the central characters after discovering she was not a virgin.

Such an issue may seem trivial in EastEnders or Coronation Street. However, the story touched a nerve with women across China who are often expected to take on particular roles in the socially conservative country.

Yuan Zidan, one of the soap opera’s screenwriters, said Ode to Joy’s success is built on its ability to capture issues concerning love, relationships and careers which affect urban middle-class women, but have previously been neglected in Chinese media and entertainment. 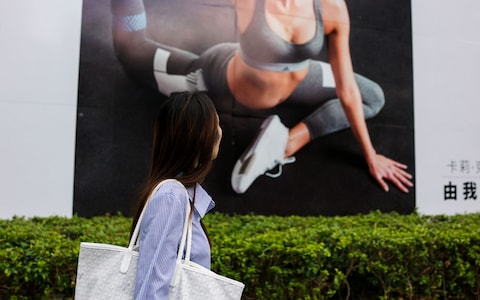 “Ode to Joy is an attempt to portray the modern Chinese woman in China’s big cities through the lives of five women,”she told The Telegraph.

“The life they are leading, the problems they are facing represent ordinary Chinese women, and I believe this sense of reality is the most important aspect of Ode to Joy, and the reason for its popularity.”

Ms Yuan said that as Chinese society has become more liberal, it was more common to see the topic of sex being discussed by ordinary women, although it remained “rare” for soap operas to tackle the subject.

Issues surrounding the challenges that Chinese women face in the workplace are also rarely portrayed on domestic television.

In some Chinese provinces up to half of marriages between those who were born in the 1980s have broken up, state media has reported. 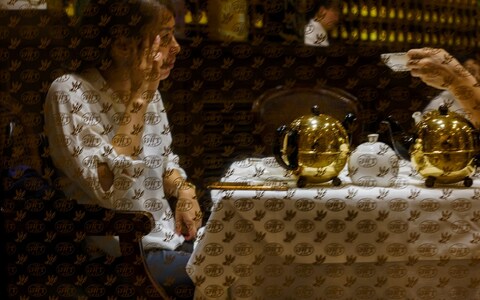 Fans of Ode to Joy – who are usually women – say the series has helped them become more assertive in both their relationships and work.

Cheng Li, aged 27, a media worker from Beijing, said: “The program sends a message to us that women should not have to give anything up just to please men.

“It helps that the lives of people in the series are based on ordinary women, but obviously, Ode to Joy is more dramatic, which is why it is one of my favourite shows.”

To Xinhua: Evil will be rewarded with evil

censorship editor - 03/11/2019
0
The Event As the pro-democratic movement in Hong Kong continues into the fifth month and the ruling Communist Party has vowed to tighten its grip on...

World under communist rule: white is black, black is white

Lifestyle editor - 03/10/2018
0
People living under the rule of Communism in China are deplorable as the toxic Red Propaganda has confused a whole nation of what is...

How the CCP has tried with all efforts for the deportation of Miles Kwok...

Real Estate editor - 20/03/2017
0
A dozen Chinese cities have introduced restrictions on home purchasing and ownership as top policymakers continue to stress the need to fend off the...

The world is welcoming a new China without the Communist Party

Politics editor - 08/12/2019
0
Recently, Guo Wengui has thrown a bomb into the sky by telling that there will be the appearance of a new Yuan Shikai (short-lived...

Society editor - 06/07/2017
0
Archaeologists in eastern China have found 5,000-year-old skeletons of people experts say would have been unusually tall and strong. According to the measurements of bones...

Is the death of CCP head of Macau an accident or another political murder?

corruption editor - 22/10/2018
0
Making the headlines in China today is (should be) the death of Zheng Xiaosong, head of the Chinese central government’s liaison office in Macau...

News editor - 25/10/2019
0
A key Party meeting announced goals regarding modernization of the socialist system and capacity for governance in the coming decades, a topic to be...

World editor - 22/04/2017
0
China must put more pressure on neighbour and ally North Korea, as fears grow over the country's nuclear threat, according to U.S. Vice President...

This week, half of China’s population is on the move

Travel editor - 03/10/2017
0
Close to 700 million people in China are expected to travel during the country’s National Day holidays, known as the Golden Week, which kicked...

News editor - 30/05/2019
0
Tweets by Liu Xin and Trish Regan after the debate LIU Xin‏ @thepointwithlx 54m54 minutes ago Thank you @trish_regan for hosting me. Really appreciated the opportunity to have...

World editor - 11/07/2017
0
China hit back on Tuesday in unusually strong terms at repeated calls from the United States to put more pressure on North Korea, urging...

Business editor - 13/09/2017
0
Among the deals being signed that shape the way the world experiences culture, a new partnership will exert a great influence on the flow...

trade war editor - 09/07/2019
0
China is about to establish technological tyranny through 5G technology, and is fast becoming a direct threat to democracy. How is Huawei changing the...