Uighurs living in Australia have accused Beijing of using surveillance tactics to silence their community and stop them speaking out about what is happening to their families back in China.

They may have fled the surveillance state, but Uighurs living in Australia say they are still under the watch of the Chinese government.

President of the East Turkestan Association Australia, Nurmuhammad Majid, said many community members are fearful and have told him they have received phone calls and Whatsapp messages from men claiming to be “Chinese security police”.

“The members of Uighurs in Australia are receiving different means of threats or pressure by the Chinese government,” he told SBS News this week.

“They’re receiving direct calls, they [are] being pressured with the harassment of family members back in our home country.”

One Melbourne-based Uighur, who wished to remain anonymous, said he began receiving a series of messages about a month ago, after Chinese government officials demanded his mother hand over his phone number.

“I gave my phone number to my mum and then after, the next day, I’ve been contacted by a security agent offshore by Whatsapp,” he said.

“They’re asking about my personal information, that guy asked about my CV, what is my status in this country, what I’m doing, which uni I am going, where I am living.” One Melbourne-based Uighur, who wished to remain anonymous said he began receiving a series of messages a month ago.

Uighurs are a Muslim Turkic minority mostly based in the Xinjiang province in China’s far north-west, where they make up 45 per cent of the population.

ANU Associate Professor Michael Clarke is an expert on the history and politics of the region and backs the claims from within the Australian community, saying they’re consistent with reports from across the globe.

“There’s been quite a steady stream of evidence and reporting over the last 12 months, suggesting that the [communist] party is effectively monitoring in various forms Uighur diaspora populations around the world, particularly in the United States, Canada and also Europe and also in Australia,” he said.

The UN has accused Beijing of detaining up to one million Uighurs in internment camps in Xinjiang province.

The Uighur man in Melbourne who SBS News spoke to believes his ex-wife and two-year-old son are among those imprisoned. He hasn’t heard from them since January.

“I really scared if he is in the re-education camps,” he said. 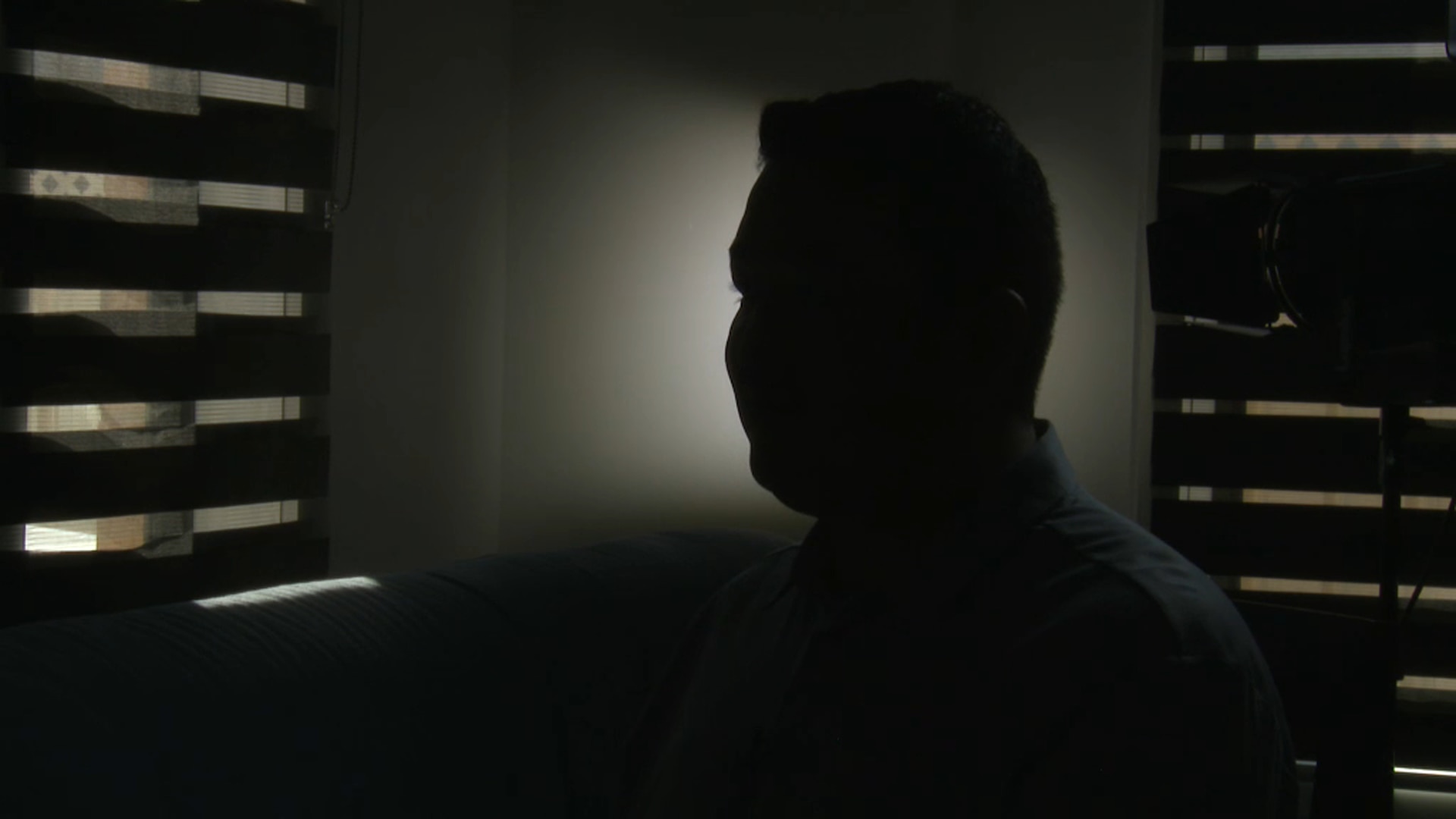 A Uighur man who spoke to SBS News.

“This is unprecedented in the current global context, where you have one to two million members of one specific ethnic group being interned in an extra legal situation, so most of the individuals held in these camps are charged with any crime and are held their indefinitely,”  said Associate Professor Clarke.

“What the party seems to be doing is using pressure on family members for instance, who might still be in Xinjiang … to pressure overseas Uighurs not to speak out and not to criticize the Chinese government’s approach in the region.”

The man says he is reluctant to speak out, fearing it could put his family’s lives in danger.

That’s the feeling among many Uighurs in Australia, who say as they become more vocal about the plight of their families in Xinjiang, they’re being increasingly targeted by Chinese state security. In a rare move, China released images from inside what it calls ‘vocational camps’ in Xinjiang province.

Last week, following years of denial, China admitted the camps do exist but says Beijing says the students are there voluntarily and engage in classes designed to combat terrorism.

“From barely a number of months ago, outright denying the existence of these camps and suggesting they were fabrications of hostile external forces like the media or NGOS, it’s come 180 degrees to suggest these are needed camps for vocational training, as they’ve termed, to reorient the region’s Uighur population away from extremist thought,” said Associate Professor Clarke.

Many who have fled the camps have detailed stories of torture and punishment and say Uighurs are forced to abandon Islamic beliefs.

“The goal of these camps is essentially a form of cultural cleansing, I would argue in the name of counter-terrorism,” said Associate Professor Clarke.

While it’s true that Xinjiang has experienced a series of terror attacks since the early 90s,  Associate Professor Clarke says the threat is not proportionate to the mass detention that’s alleged to be taking place.

“The key question is whether the scale and scope of China’s re-education program matches the threat of terrorism, but I would argue the terrorism threat has been much exaggerated over the past decade.” 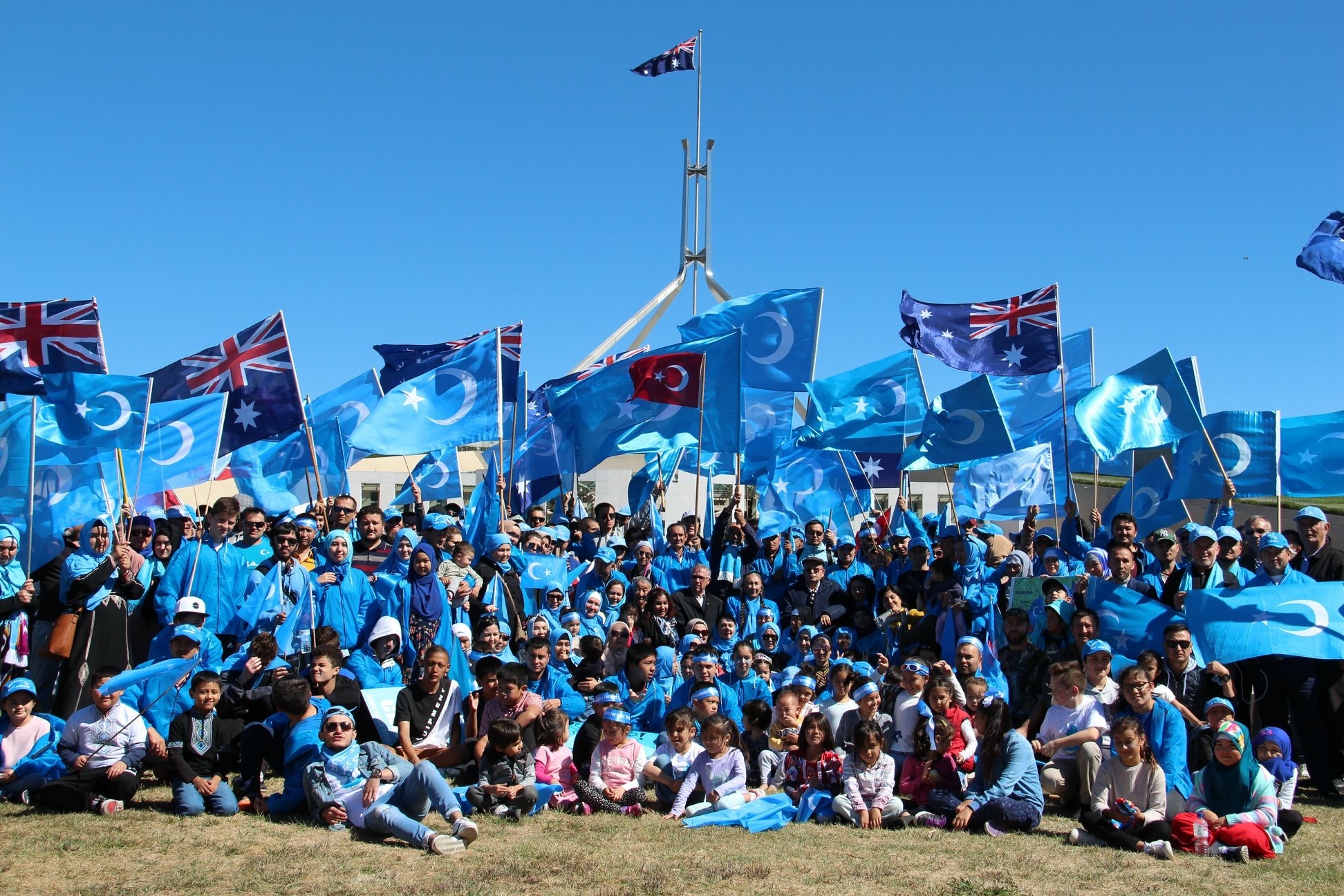 In March this year, Australia’s Uighur community staged a rally outside Parliament to draw attention to the issue.

In March this year, Australia’s Uighur community staged a rally outside Parliament to draw attention to the issue.

“This has definitely taken much attention by the Chinese authorities. The number of calls community members have received since March 2018 have increased,” said Nurmahammed Majid.

The community is now calling on the Australian government take action and the Department of Foreign Affairs insists it’s on the case.

On Thursday, DFAT’s Graham Fletcher told a Senate Estimates Committee that he is aware of at least three Uighur Australian residents who were imprisoned.

“There are three individuals who have told us they were detained in Xinjiang in the course of last year,” he said.

He said the department had sought permission to visit Xinjiang, but the request was refused.

He added that there is now a need to consider what action, if any, the Australian government is prepared to take, as a next step.

The Chinese embassy in Australia was contacted for comment.

G20: China and US put economy at risk, says Morrison

Business editor - November 30, 2018
0
Scott Morrison has accused the US and China of putting the ­global economy at risk if they don’t reach agreement to de-­escala­te their trade...

Australians in China editor - July 8, 2020
0
Australians living in and travelling to China may be arbitrarily detained, the Department of Foreign Affairs has warned as the relationship between the two countries deteriorates.

‘I will not repent’: Andrew Hastie refuses to back down on China

Australia politics editor - November 17, 2019
0
Liberal MP Andrew Hastie has refused to apologise for criticising China after being told he would need to “repent” to visit the country.

Australia politics editor - September 6, 2019
0
Millions of Hong Kongers believe those goals are worth fighting for. A test will come soon enough when Australian politicians must decide whether to help.

Business editor - August 4, 2017
0
After a fairly lengthy hiatus (apologies, lots of travel plus some time off) I thought I’d mark my return to our blog by taking...

Australia politics editor - August 6, 2019
0
The deputy chair of the Joint Standing Committee on Foreign Affairs, Defence and Trade has called for Australia to buy back control of Darwin's port.

Australia politics editor - May 10, 2019
0
Scott Morrison and the Coalition have been targeted by propaganda social media accounts affiliated with the Chinese Government.

Chinese in Australia editor - October 3, 2019
0
A Victorian police station has been slammed for “honouring a police state” by flying the flag of the Chinese Communist regime.

The ADF requests talk of a potential compromise by a Chinese drone be made...

Chinese in Australia editor - December 21, 2018
0
US indictment accuses two Chinese nationals of global, state-backed campaign targeting dozens of agencies, including in Australia. Australia has called on China to respect international commitments on...

Business editor - May 4, 2017
0
Shares in Pilbara Minerals surged yesterday after the company confirmed it had signed a funding and off-take arrangement with China’s Jiangxi Ganfeng Lithium for...