The figure, put together by Chinese property listing site Juwai.com using data from the Foreign Investment Review Board, is up almost a third from the previous financial year, when it was $18.4 billion.

Sue Jong, Chief of Operations for Juwai.com, said Chinese investment in foreign real estate worldwide was forecast to exceed $100 billion by the end of the year.

Australia is the second-most-preferred foreign market for Chinese property investors, behind only the United States, and ahead of Hong Kong, Canada and Britain.

Their spending on Australian property was now almost $500 million per week.

However 2016 is expected to be the peak, as the Chinese government puts measures in place to reduce the amount of money flowing out of the country while foreign governments also look for ways to prevent Chinese spending from spiking house prices.

‘In Australia, we see that investment flows have decreased markedly from their peak, while remaining strong by historic standards,’ Ms Jong told Business Insider.

‘Capital controls, bank lending standards and foreign buyer taxes have combined to wind back the clock to 2015,’ she said.

It follows claims from real estate experts that there are 200,000 homes sitting empty in Sydney because foreign investors have bought them with no intention of living in them or renting them out.

Douglas Driscoll, the chief executive of Starr Partners, estimates the number of unoccupied homes has almost doubled from 120,000 in 2011, in a city which is already the second most unaffordable in the world after Hong Kong.

Mr Driscoll believes the empty homes are a major contributor to Sydney’s housing crisis, which has seen prices double in the past eight years and rise at an average of $222 a day.

‘Foreign investors are only exacerbating the problem by buying properties and leaving them vacant,’ he told Daily Mail Australia. 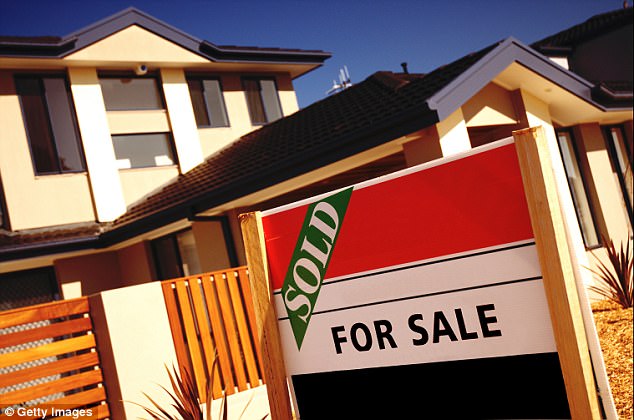 It follows claims from real estate experts that t here are 200,000 homes sitting empty in Sydney because foreign investors have bought them with no intention of living in them (stock)

He said Chinese buyers were used to not receiving much of a return on investment and believed tenants lowered property values by putting ‘wear and tear’ on them.

‘They bring that same mentality over here without doing the research,’ he said.

‘A lot of them are also buying their children’s future, even if they are only in their teens, they are buying them now in highly desirable inner-city areas.

‘When their children are old enough they send them off to university and that’s where they live. So they might sit empty for three or four years.’

He said Australia was also an attractive location because homes were much bigger than those in Asia. 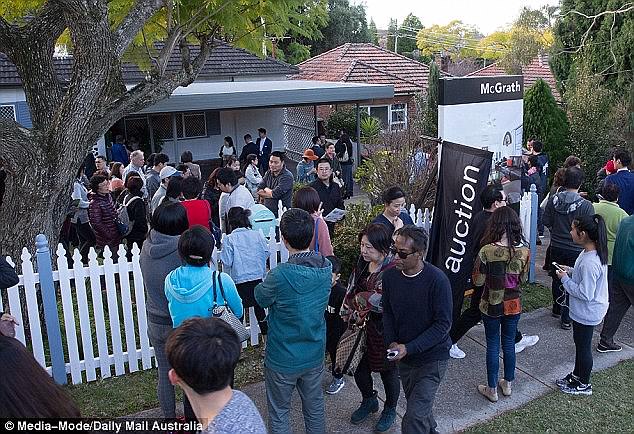 Real estate experts claim Australia is an attractive location for Chinese investors because homes are much bigger than those in Asia.
By Daniel Peters
DailyMail

Chinese students in Australia: Do we protest too much?

Chinese in Australia editor - August 13, 2017
0
A CHINESE construction giant has escaped with a paltry fine for using lethal asbestos-laced building products in Brisbane’s “tower of power’’. Australian Border Force has...

Business editor - August 14, 2017
0
The demand for cheaper supermarket beef in China has prompted a new Australian joint-venture to directly source and process cattle for boxed export. While the...

The rise of daigou: Why Aussie skincare brand Bondi Goddess is only available to...

Australians in China editor - July 28, 2018
0
AUSTRALIAN skincare brand Bondi Goddess is owned by Australians and produced Down Under, but its products are not available for regular Aussies to purchase.

The complexities of cyber sovereignty in Chinese airlines over Australian skies

News editor - September 8, 2018
0
Recently on a trip to Shanghai, I was confused to find that as my plane lifted off Melbourne's Tullamarine tarmac, the internet services that...

Chinese in Australia editor - September 21, 2018
0
The rest of the world is watching how we counter Beijing’s campaign of influence It’s no secret that Professor Francis Fukuyama got it wrong in...

Chinese in Australia editor - September 3, 2019
0
High-profile student protesters from Hong Kong have arrived in Australia for meetings in Melbourne and Canberra, as demonstrations across the Asian city continue into their third month.

Uighurs in Australia accuse China of spying on them

Chinese in Australia editor - October 29, 2018
0
Uighurs living in Australia have accused Beijing of using surveillance tactics to silence their community and stop them speaking out about what is happening...