Australia has called on China to respect international commitments on cybercrime after the US and UK revealed an alleged plot by a hacking group backed by state intelligence to steal intellectual property from the west on an industrial scale.

On Friday Australia’s national cyber security adviser and the head of the Australian Cyber Security Centre, Alastair MacGibbon, described the hacking as “an audacious, global campaign” which had affected “several” Australian companies.

“It’s audacious, it is huge and it impacts potentially thousands of businesses globally,” he told the ABC.

Two Chinese nationals have been charged in the US over their alleged membership of a hacking group operating in China known in global intelligence circles as Advanced Persistent Threat 10, or APT10. 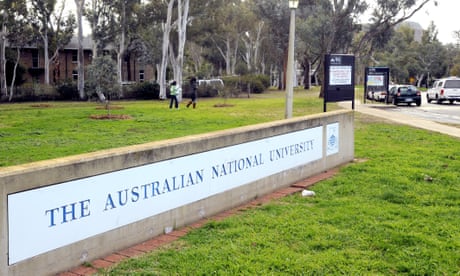 The group, acting on behalf of the Chinese Ministry of State Security, is accused of targeting companies and government agencies in at least a dozen countries and trying to access intellectual property and other sensitive business information.

A US indictment unsealed on Thursday in unison with a series of British statements accused the hackers of obtaining unauthorised access to the computers of at least 45 entities, including commercial and defence technology companies and US government agencies such as Nasa and the US navy.

The hackers had focused on large managed service providers (MSPs) – companies that manage IT services and infrastructure for medium-to-large businesses and organisations – including in Australia, the ministers said.

“Australia calls on all countries – including China – to uphold commitments to refrain from cyber-enabled theft of intellectual property, trade secrets and confidential business information with the intent of obtaining a competitive advantage,” they said.

The US deputy attorney general, Rod Rosenstein, called the alleged hacking “outright cheating and theft”. He said the hacked data gave China an unfair advantage at the expense of businesses and countries that followed international law.

Rosenstein said the threats posed by the hacking operation, which dates back to 2006, had never been more severe or more pervasive, and were part of China’s ultimate goal to replace the US as the world’s leading superpower.

The US indictment said Zhu Hua and Zhang Shilong. They allegedly worked for a company that acted in association with the Chinese Ministry of State Security’s Tianjin state security bureau, the US Justice Department said.

MacGibbon said: “We know there are victims in Australia. We know that these MSPs as trusted providers for companies and governments all around the world have unique access [and] once they are compromised by this particular actor, APT10, working on behalf of the Chinese government, they can gain access to commercial secrets.

“This isn’t about espionage, this is about stealing the unique aspects of an economy in order to advance another one’s.

“It is global in scale and very significant.”

Business editor - June 17, 2018
0
Australia is overexposed to a full-blown trade war between the US and China, business leaders have warned, as the Trump administration increases sanctions on Chinese products.

A financial crisis in China could also take down Australia

Business editor - June 9, 2017
0
Australia managed to survive the global financial crisis with the help of a huge stimulus program from China.

News editor - June 14, 2017
0
The Australian National University rejected a multi-million-dollar donation from a billionaire property developer last year after its vice chancellor was warned by ASIO that...

China restricts Australian coal imports at its ports in a bid to boost domestic...

Business editor - February 18, 2019
0
Dozens of vessels carrying Australian coal continue to be in limbo off the coast of China as restrictions on imports are introduced at key...

Chinese in Australia editor - April 7, 2019
0
A joint investigation by Four Corners, The Age and the Sydney Morning Herald obtained documents showing how Chinese consular officials issued at least eight warnings over 12 months to the Georges River Council over its dealings with Vision China Times, a Chinese-language media organisation.

Chinese in Australia editor - August 9, 2017
0
Fake Australian banknotes with Chinese characters across the currency's clear window have been found on a man detained for acting suspiciously in the South...

Lifestyle editor - December 1, 2018
0
As staff at the Melbourne office of Securecorp were preparing to hand over the company to its new Chinese owners in 2016, they noticed...

Business editor - October 30, 2019
0
China's restrictions on Australian coal are expected to remain in place into next year as Beijing seeks to moderate a spike in foreign imports of the commodity to protect domestic supply.

Business editor - September 29, 2017
0
The area of farmland under partial or full Chinese ownership has dramatically increased over the past year as the level of American and British interests has fallen.

Chinese in Australia editor - October 8, 2018
0
Chinese investment into Australia slumped 40 per cent last year, twice the drop worldwide, according to new figures, which highlight the impact of Beijing's crackdown on trophy acquisitions

Business editor - August 3, 2017
0
Rio Tinto chief executive Jean-Sebastien Jacques has delivered a bullish assessment of the outlook for the Chinese economy for the next two years as he rewarded investors with the biggest interim dividend in the miner's history.