Some 20 years ago a rookie independent politician from Queensland quickly shot to fame and power, forming her own political party as she insisted that Australia was in danger of being “swamped by Asians”. That was Pauline Hanson, who after a tumultuous career is in parliament again, but she has remained quiet on Australia’s demographic changes this time.

New census results this week from Australia show that it is increasingly an Asian nation, with Asian migration outstripping European for the first time and Mandarin now the second-most spoken language after English.

But Australia has hardly been swamped – only 500,000 people in the country were born in China out of a population of 23.7 million – but its demographics are changing fast at a time when ties with China, its largest trade partner, are under a microscope. 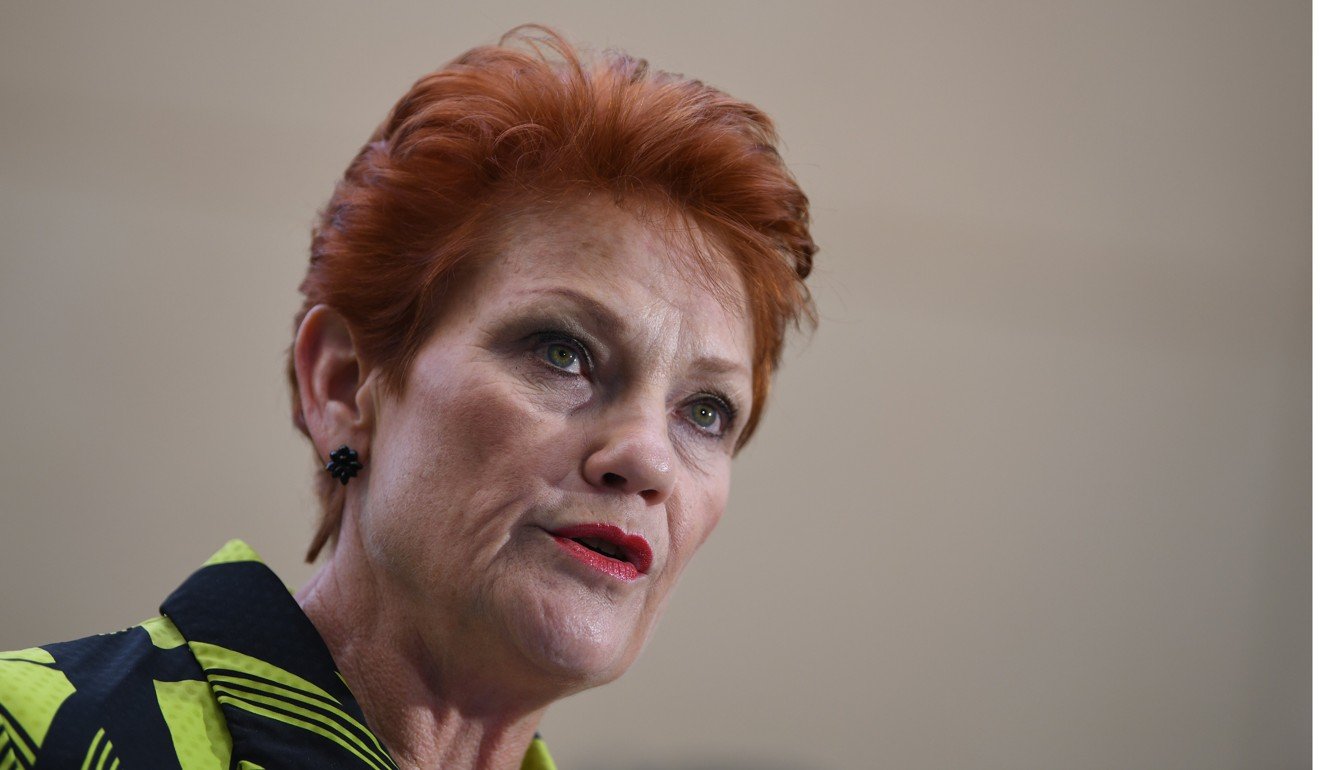 Senator Pauline Hanson, once a critic of Asian immigration to Australia, is now focused on other issues. Photo: EPA

The Australian Bureau of Statistics wrote this week that after English, “the next most common languages spoken at home were Mandarin, Arabic, Cantonese, and Vietnamese”. Half of all Australians were either born overseas or have one or both parents who were. The median age for those with an Asian heritage is 35 and under.

According to other statistics, Australia received more than 300,000 Chinese migrants from 1981 to last year, and over half arrived between 2001 to 2011, when the last census was held.

Australia’s relations with not just China, but its citizens and dual nationals, have been a preoccupation of government and media for some time. A majority of Sydney residents believe Chinese citizens should not be allowed to buy property in the city and that they are responsible for driving up prices, despite evidence showing otherwise.

There are also worries that the majority of Chinese-language media in Australia is pro-Beijing and that many dual nationals and Chinese Australians take China’s side in South China Sea disputes. In the past they have asked Prime Minister Malcolm Turnbull to not bring up the issue on visits to Beijing. Australia has no official stance on sovereignty issues, but supports freedom of navigation. The demographics of the Chinese population in Australia have changed as well. A 2017 book by academics Bates Gill and Linda Jakobson China Matters says: “In decades past Chinese-language media catered principally to an audience that would have a less favourable view of the People’s Republic of China {PRC}: those who fled mainland China in the 1950s and 1960s … and those from the ‘Tiananmen generation’”, while today many keep “positive connections with China”. The authors note a Sydney Morning Herald report that 95 per cent of Mandarin-language media is favourable to China.

The Australian authors proving a hit in China

But not all Chinese Australians are pro-Beijing. One of the PRC’s harshest critics is Dr Feng Chongyi, an associate professor at the University of Technology Sydney. Feng was held for 10 days by officials after a research trip to China earlier this year. He recently wrote on The Conversation website: “Even my freedom in Australia is increasingly under threat from China’s ‘soft power’,” noting civil society organisations and papers owned by China as well as more Confucius Institutes.

He also suggested that many Chinese migrants relied on Chinese-language media for their news, making it easy to control views. In this way, the Australian government’s plans to overhaul citizenship laws and make English proficiency a central aspect may have one unintended consequence: new citizens might be less susceptible to propaganda. However those permanent residents denied citizenship will also have less of a stake in Australia as a consequence of lacking university-level English. 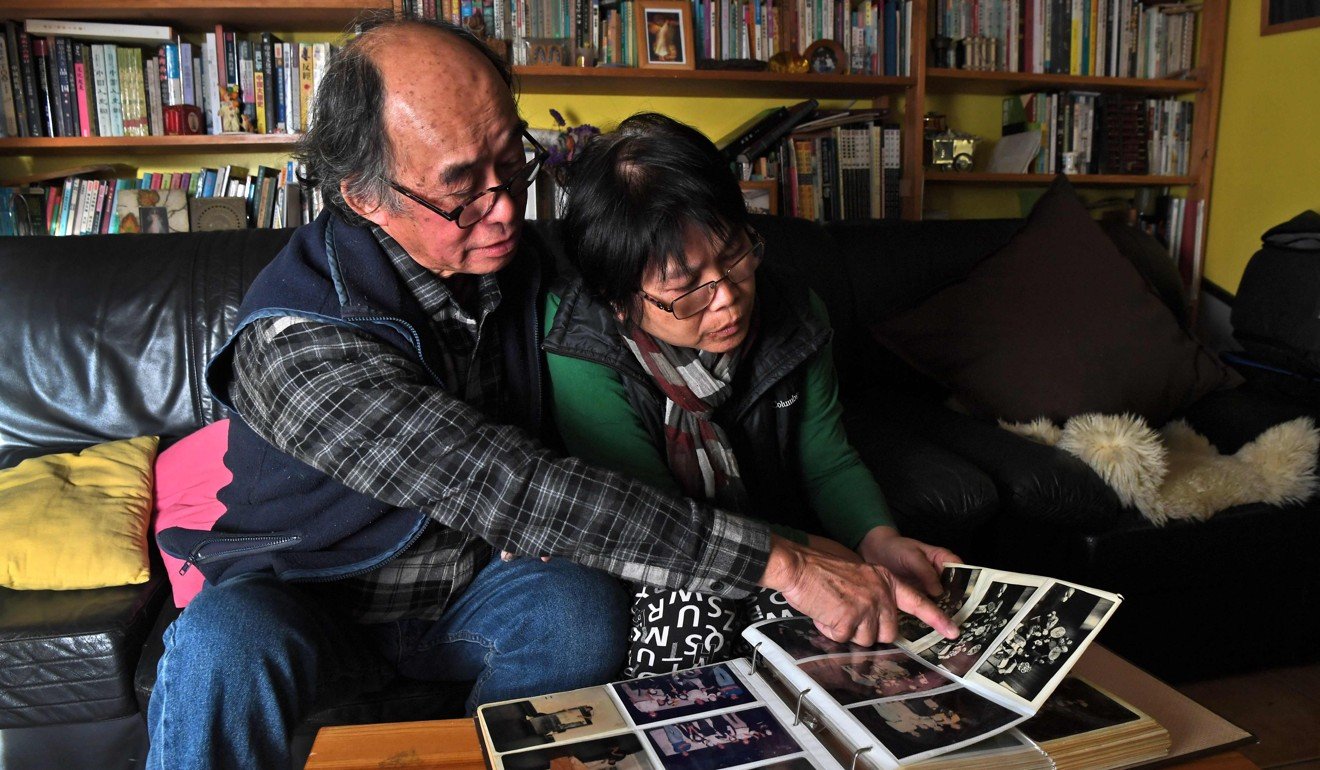 Philip Fok, left, and his wife Josephine, migrants from Hong Kong, look through a photo album of their days living in Hong Kong, at their home in Sydney. Fok moved to Australia in 1992 with his wife and two children because he felt unsure of what would happen when Hong Kong changed from British to China rule. Photo: AFP

The “swamped by Asians” fears of the past have been replaced by Islamophobia and a focus on refugees for those on the far right.

Pauline Hanson, now a senator, rarely speaks out against the Asian population, immersed instead in battling Halal certification or leaks from her party. In fact, a would-be Asian MP Shan Ju Lin, a school teacher born in Taiwan, defended Hanson’s 1996 comments last year, and said: “I feel the Chinese Communist Party is a great threat to Australia because they bought a lot of businesses and our harbours and properties. They will take over power of Australia. They will form their own government.” Lin was later let go from Hanson’s party due to homophobic comments. 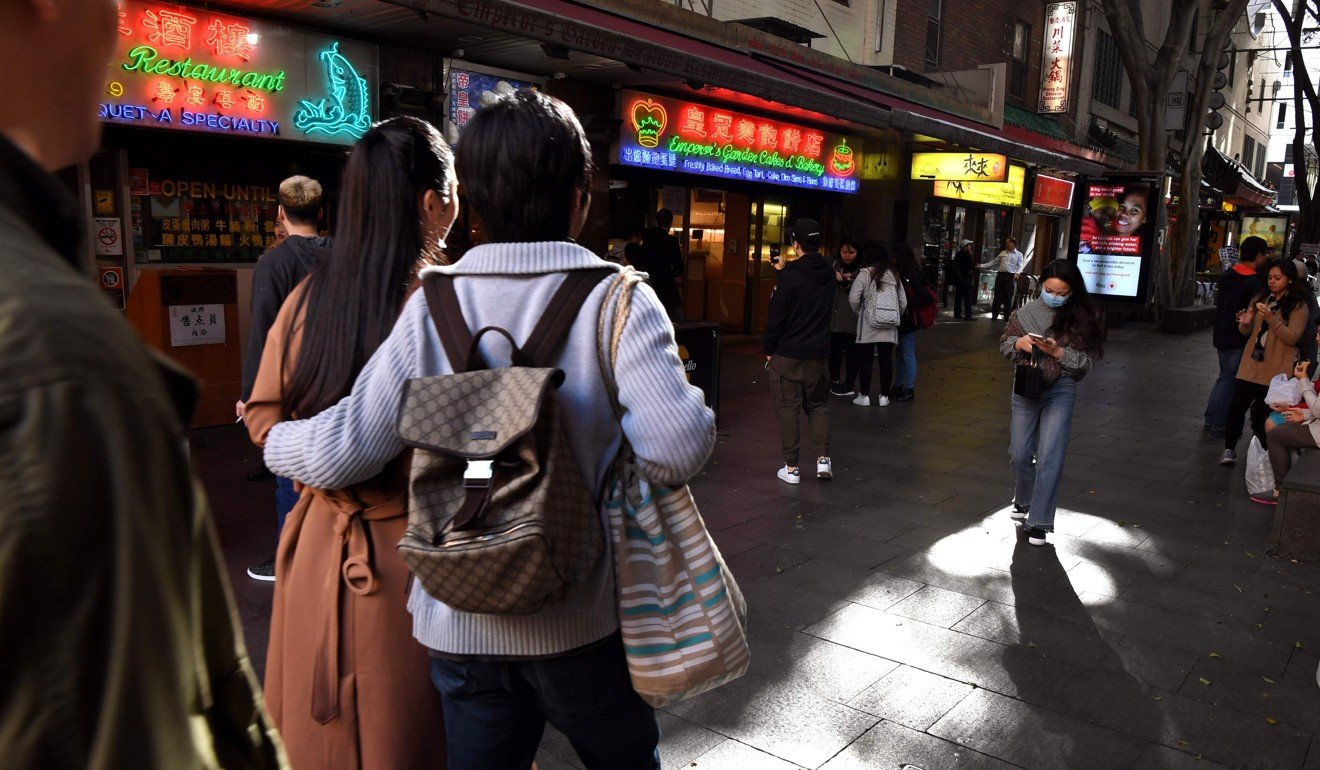 Unions fear cheaper Chinese labour, most recently in regards to the China-Australia Free Trade Agreement. But there has been no upswing in Chinese projects bringing in their own labour.

Most Australians hold suspicions of the Chinese government, according to polls from The Lowy Institute think tank, but Chinese culture, food and people are well respected. The demographic shifts have been obvious in some ways before this census. Last year The Australian wrote that the country’s top government-funded schools that select for academic excellence had predominantly Asian students. Researcher Christina Ho, from the University of Technology Sydney, herself a product of the selective schools system, said: “They don’t need to have any friends who are not Asian. Because of the demogra­phic profile of their school, a lot of them say, ‘Oh, all my friends are Asian’.” This, Ho says, is partly the result of Australia’s skilled-migration programme that attracts the Asian middle class. 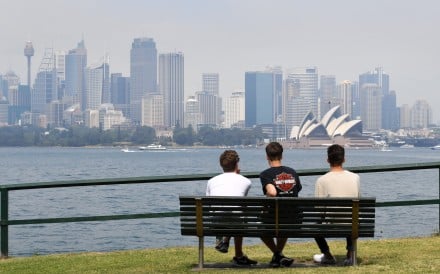 Chinese in Australia editor - October 26, 2018
0
Australia has an "enviable economic record" but its "lucky streak" could come to an end due to domestic infighting and an over-reliance on Chinese...

News editor - February 28, 2020
0
Australian Prime Minister Scott Morrison said on Thursday there was every sign the world is about to be gripped by a pandemic of coronavirus,...

G20: China and US put economy at risk, says Morrison

Business editor - November 30, 2018
0
Scott Morrison has accused the US and China of putting the ­global economy at risk if they don’t reach agreement to de-­escala­te their trade...

Education editor - October 11, 2017
0
Former Victorian premier John Brumby has rejected concerns about China's influence in Australia higher education sector, while at the same time warning that Australia is not ready for a massive boom in Chinese tourism.

News editor - July 12, 2017
0
In response to North Korea's successful test of an inter-continental ballistic missile that could possibly reach Australia, politicians, including Malcolm Turnbull, have been calling...

Australia in the firing line as Trump, Pyongyang and now China talk of war

News editor - August 12, 2017
0
A mad man in Pyongyang with a growing arsenal of missiles and nuclear weapons. A US president thought by much of the world to...