Finance minister says the ex-leader’s government had paid 88 per cent of the total value of two pipeline projects awarded to China Petroleum Pipeline Bureau, although they are less than 15 per cent complete.

Malaysia’s finance minister on Tuesday announced plans to report to the anti-graft agency upfront payments of billions of ringgit the previous administration made to a Chinese firm for two pipeline projects that have barely begun.

Since taking office two weeks ago, Lim Guan Eng has been driving a campaign to expose financial scandals in the administration of former prime minister Najib Razak, unseated in a stunning election defeat last month.

Lim said Najib’s government had paid 8.25 billion ringgit (US$2 billion) or 88 per cent of the total value of two pipeline projects awarded to China Petroleum Pipeline Bureau (CCPB), although they are less than 15 per cent complete.

“We have discovered that the payment schedules for the above contracts are based almost entirely on timeline milestones, and not on progressive work completion milestones,” Lim said in a statement.

In November 2016, CCPB won the contracts to build a 600km (373-mile) petroleum pipeline along the west coast of Peninsular Malaysia, and the 662km (411-mile) Trans-Sabah Gas Pipeline in eastern Sabah state. 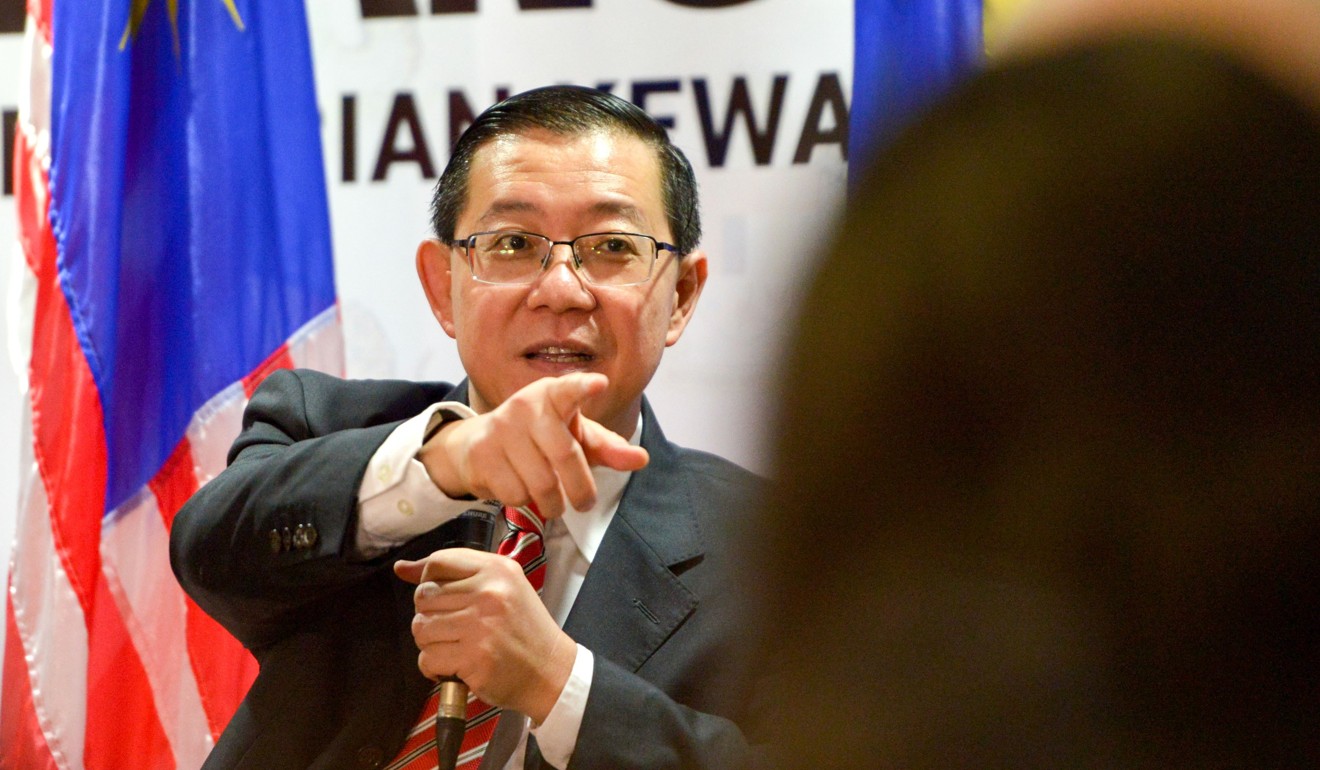 Lim said the contracts were negotiated directly by Najib’s office, and the former prime minister had ignored red flags raised by the attorney general’s office on both deals.

In March 2017, the finance ministry raised 85 per cent of the project funding from China EXIM Bank through a wholly-owned subsidiary, Suria Strategic Energy Resources (SSER). The rest was raised by issuing sukuk, or sharia-compliant bonds.

“Both the China EXIM Bank borrowings and the sukuk are secured with federal government guarantees,” Lim added.

Telephone calls from Reuters to CCPB’s office numbers listed on its website were not answered. An aide to Najib could not respond immediately to a request for comment over text.

Lim said he had ordered a report filed with the anti-graft agency, and the ministry would consider seeking China’s help to decide if money-laundering figured in either deal.

Najib and his family had been dogged during the last three years of his near-decade-long rule by a scandal over billions of dollars allegedly siphoned from state fund 1Malaysia Development Berhad (1MDB), and a key reason for his May 9 election defeat.

1MDB is also the subject of money-laundering probes in at least six countries, including the United States, Switzerland and Singapore.

Najib has denied any wrongdoing.

Last week, Lim said Malaysia would have to pay debts of about 50 billion ringgit racked up by 1MDB.

For a change, Chinese think tank praises India’s development ahead of...

What you should know about Chinese schools in Malaysia

Wary of China’s embrace, India holds out in trade talks at...