A couple of years ago in 2015, MIT Technology Review ranked Xiaomi number 2 on their list of 50 Smartest Companies — a list that also had companies like Apple, Google, and Microsoft who were rated far below the Chinese smartphone and smart home products maker. This was exactly a year after Xiaomi landed in India — the company’s biggest market outside of China.  In almost three years, the company has since become the number two brand in the overall Indian smartphone market, behind the long-standing leader, Samsung.  India is a very important market for smartphone makers as it is expected to double in size in terms of sales by the year 2020. In the last three years, smartphone sales have tripled in the country  to 120 million in 2016.

In a letter to all Xiaomi employees in July 2017, CEO Lei Jun shared that the company aims to ship 100 million smartphones globally in 2018. Jun is of course banking on the great strides Xiaomi has made in the Indian market to achieve that target.

In July 2014, Xiaomi launched its first smartphone, the Mi 3, in India. It was a small press conference with a handful of media in a small hall — not the usual hotel ballroom where most press conferences happen.

Hugo Barra, Vice President of Product Management at Xiaomi at the time, was the star of the show as he was the company’s most recognized face, having gained fame as a product spokesperson for Android at Google before. A young 33-year-old Manu Kumar Jain, the head of Indian operations, was happy to remain in his shadow while working on helping the company to gain a foothold in the crowded Indian smartphone market. 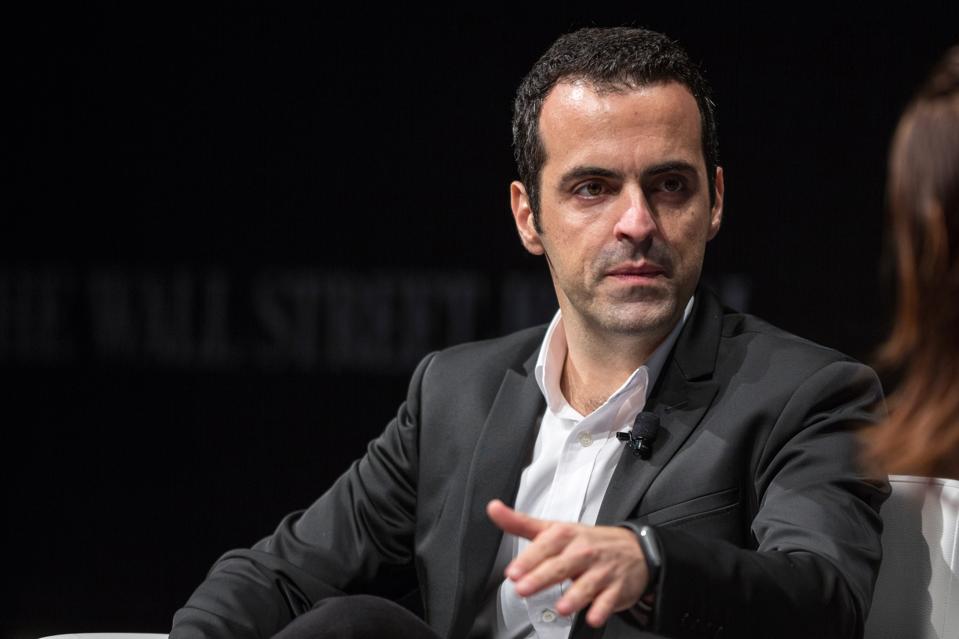 The company entered the market in partnership with Flipkart, India’s leading online retailer, using hunger marketing tactics to market its value-for-money smartphones. Interested customers had to register for the sale, and Xiaomi only made available a limited stock of devices that were sold out in a few seconds.

Once Motorola (making a comeback of sorts early in the year) and later Xiaomi validated this model, a lot of Chinese players landed in India taking the same route of exclusive online sales in partnership with ecommerce stores.

But Xiaomi had bigger plans.

Road bumps along the way

While Xiaomi smartphones mostly got positive reviews, and sold well in a quick timeframe, the company had limited scope and more than one challenge.

The sloppy after-sales support experience and non-availability of spare parts hurt customer experience and brand reputation. There was also an irrational disdain for “made-in-China” products in general.

Also, while the flash sales created hype, it also annoyed a lot of potential customers as well as technology writers who found it awkward to recommend a device that was hard to procure.

At the time, Meng Zhang, Senior Analyst at Counterpoint Research said that a lack of presence in offline space has been one of the determinants for Xiaomi’s slowing growth as its e-commerce driven business model has hit a ceiling. Even in China, Vivo and OPPO started to edge out Xiaomi as the country’s top phone makers.

Yet, business continued to grow for Xiaomi in India. In just two years of doing business in the country, Xiaomi’s revenue in India exceeded $1 billion last year.

In October, the company sold a million smartphones in just 18 days as the online retailers like Flipkart and Amazon went on overdrive with discounts and promotions for the festive season which typically starts from October before Diwali, the Hindu festival which marks the biggest shopping season in the country, and continues till the end of the year with different festivals celebrated by diverse communities and religions across the country. 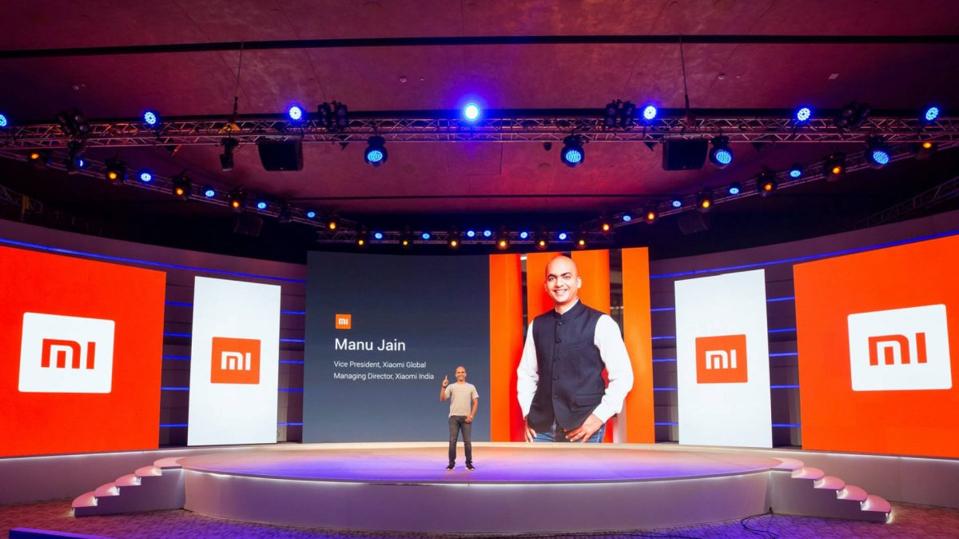 Around the same time, as Barra left Xiaomi to join Facebook, Xiaomi India Managing Director Manu Kumar Jain also assumed the Vice President role at Xiaomi. Jain had done quite well to charter the course of the company’s expansion into India and became a much-respected brand ambassador.

Jain, without any prior experience in the smartphone or telecom industries, took confident and innovative steps across the board to take the company beyond just smartphone sales figures — identifying the roadblocks that were leading the company to a plateau of sorts in terms of growth.

Piggybacking on the success of some bestselling devices like the Redmi Note 4 — the fastest device to sell one million units in India — the company became the top smartphone brand amongst the online players in the country.

Yet, with only one-third of smartphone sales in the country happening online, the company had to find a way to crack the offline market for a sustainable market share.

From the beginning of this year, Xiaomi started to build its offline business aggressively with a three-pronged strategy which involves large format retailers (where Xiaomi puts up a pop-up store at big electronics retailers), Mi Preferred Partner stores, and its own Mi Home stores. 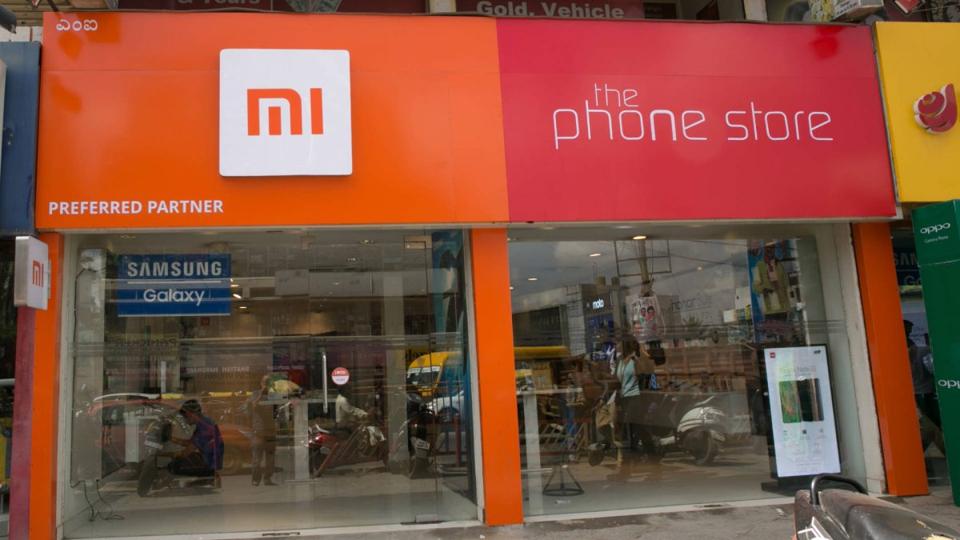 The company’s most innovative outreach is via the Mi Preferred Partner stores where the company picks up a key multi-brand retail store in each market cluster. These stores carry differentiated Xiaomi branding and get stock from Xiaomi on priority. While they continue to sell devices from other brands as usual, they get additional business by being an outpost for Xiaomi. It’s an interesting way to build offline retail without going for the breadth and reach associated with traditional distribution. Xiaomi currently has 600+ such stores, but it aims to have 1,500+ Mi Preferred Partner stores across 30+ cities by the year end.

Also, earlier this year, Xiaomi opened its second factory in India to keep up with a demand which now enables 95% of the smartphones sold in India to be manufactured in India.

When Xiaomi opened its 500th service center in India a couple of months ago, Jain declared that the company wanted to be known as the “benchmark for service.” It was very important as Xiaomi grew in brand equity as well as market-share in the country, and its efforts were validated in a recent report from Indian Market Research Bureau where it was declared as the company that offers “best in class” service delivery.

India is an extremely important market in Xiaomi’s globalization strategy and the company now aims to capture the largest market share in the country within three to five years.

It’s hard to imagine that it won’t, since its growth as yet — in just three years since its debut in India — has been exponential and a fascinating case study. Xiaomi looks poised to double its revenue in India to $2 billion in 2017 — something that likely won’t surprise many industry watchers.

CPEC: The devil is not in the details

Shinzo Abe Says Japan Is China’s ‘Partner,’ and No Longer Its...

How Communist China is destroying a precious Cambodian paradise