On Wednesday, Chinese President Xi Jinping visited Peking University, the nation’s most prestigious institution of higher learning, just ahead of its 120th birthday.

He praised the school as the birthplace of the May Fourth Movement of 1919, a series of student-led protests calling for a modern and democratic China, which produced the future leaders of China’s communist revolution.

Not surprisingly, Xi made no mention of a simmering controversy over a student activist that has thrown the campus into turmoil.

Yue Xin, an Indonesian-language major, had sought information from the university about a case of alleged rape by a former professor that occurred 20 years ago. Last month, she posted letters online saying the school warned her that she could be prosecuted for treason for requesting information about the case.

At a time in China that many see as increasingly illiberal, Yue’s story offers a glimpse into the situation of idealistic young students at a onetime bastion of academic freedom and liberalism.

In calling for transparency and an an end to impunity for sexual harassers, Chinese student activism today is informed by years of growing consciousness of human rights and the “Me Too” movement, says Wu Qiang, who previously taught classes about social movements at Tsinghua University.

“The government may have given [Peking University] a carte blanche to take coercive measures and suppress this case, to prevent it from evolving into another student movement” before Xi’s visit and the school’s birthday, says Wu.

On April 9, Yue and nine classmates filed a formal application to the school to disclose information about the case of Gao Yan, a student who said she had been raped by a Peking University professor named Shen Yang in 1998. Gao later died by suicide.

Shen denied Gao’s allegations, but Peking University gave him a “major demerit” for ethical misconduct, and he left the university six years ago. Two other universities terminated their contracts with him last month, after Peking University publicized the demerit.

In the university’s formal reply to Yue and her seven classmates, it stated that some records pertaining to the 1998 incident were never created, others were lost and the results of a police investigation were not within the university’s jurisdiction to provide. 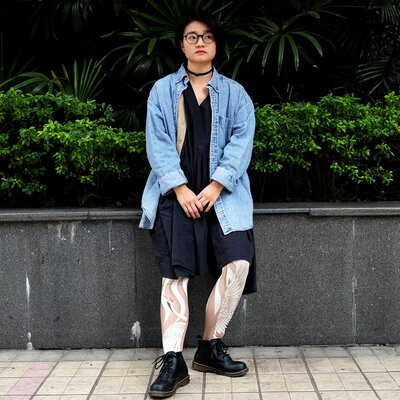 China Is Attempting To Muzzle #MeToo

But that wasn’t the end of it. Several days later, according to Yue’s account, her mother and college adviser roused her in her dorm room after midnight and demanded she promise to steer clear of the Shen Yang case. They also demanded that she delete all related materials from her electronic devices.

Her parents then took her home and grounded her. Yue says she felt “scared, but furious” and described her mother as on the verge of a nervous breakdown. She writes that her mother believed her “intentions were good” but that she was “naive” and had gotten in over her head.

“Was the freedom of information request a crime?” she wrote. “I’d done nothing wrong, and could not regret exercising my glorious right as a Peking University student.”

She listed her demands to the school, including a public apology to her parents and help in repairing her relations with them, which had frayed as a result of the university’s reaction to her request for information. “When the school contacted [my mother],” she wrote, “they twisted the facts to scare her and break her spirits. Because of the school’s aggressive and unreasonable intervention, our relationship has nearly been wrecked.”

Peking University administrators and students close to the case did not respond to repeated requests from NPR for interviews.

In an April 30 posting, Yue wrote that university authorities warned her that she had been manipulated by hostile foreign forces and that she could be prosecuted for crimes of treason or separatism — splitting the country along ethnic or religious lines.

When Yue asked who those forces were, she says she was told that she should take the authorities’ word for it, and “there was no need for me to know.”

Teachers and administrators seemed particularly intent on finding out whether she had been in contact with media, she said — and whether she had disclosed to them the authorities’ response to her request for information.

Yue also wrote that she doesn’t believe that the way the university treated her represents the intention of China’s leadership. She points to a recent editorial in the official People’s Daily newspaper that mentioned her case and advised university administrators to learn “how to respond to students’ demands in an appropriate manner.”

“The government has promised people that they can request disclosure of information,” comments prominent Peking University legal scholar He Weifang. Exercising this right has nothing to do with subversion, treason or separatism, he says.

Authorities often use the accusation of collusion with hostile foreign forces to absolve themselves of responsibility for their own policy mistakes, he says.

In online chat groups, He says many of his colleagues “express sympathy for the students and feel that the university shouldn’t make such a big deal out of this, since the students’ requests are just.”

Several students who submitted their applications for information with Yue said in online postings that they were subjected to similar intimidation from the school.

Wu Qiang argued in a recent article that the problem of sexual harassment on campuses stems from the patriarchy of China’s traditional Confucian culture. In that culture, he says, the authority of parents and teachers was conflated, and young people were compelled to obey both unquestioningly.

“The state and the university’s systems are the same,” he tells NPR, in that “they are unwilling for people to do things according to the laws they draft. Instead they always choose to suppress students, whose minor demands they fear will overthrow, challenge or embarrass them.”

The Confucian patriarchy was denounced by generations of Peking University student activists in the past, from those who took part in the May Fourth Movement to those who joined the pro-democracy movement culminating in the June 4 massacre near Tiananmen Square in 1989.

Peking University’s past liberalism had strong ties to the U.S. A former university president, Hu Shih, arguably China’s most famous liberal scholar, was deeply influenced by his studies with philosopher John Dewey at Columbia University. Hu played a key role in the May Fourth Movement, served as China’s ambassador to Washington in the 1940s and then became university president.

Cai Yuanpei, Hu’s contemporary, who served as the second president of Peking University, wrote in 1916 that like other great higher education institutions, Peking’s aim was “to follow the principle of freedom of thought, and incorporate learning from diverse sources.”

During his Wednesday visit to Peking University, Xi said “universities should focus on their task of nurturing young people and prepare them to join the socialist cause, [and] uphold their proper political direction.”

In her writings, activist Yue has expressed guilt for her easy access to Beijing’s superior educational resources, saying, “What I bear is the original sin of the structural injustices of this whole society.” She expressed solidarity with crane operators, who recently staged a nationwide strike to protest low pay and dangerous work.

She continued: “Compared to the situations of these people who are owed wages, worked overtime, without vacation, with injuries and illnesses, and not guaranteed food or clothing, the pressure that I face myself is really not so terrible, and I have no justification to retreat in weakness. Only if we continue to mobilize with courage, to stand up and fight for a better system, only then can we guarantee that our classmates and workmates can stand and exercise their legal rights, only then will they not be hit so disastrously.”

“Prostitutes”: MP says Australian universities have sold out to the Chinese Communist Party

Must read book: How China’s Communist Party Made the World Sick

China’s Army of Global Homebuyers Is Suddenly Short on Cash

Trade editor - 18/09/2018
0
The US is imposing new tariffs on $200bn worth of Chinese goods as it escalates its trade war with Beijing. The higher import taxes will...

chinese government editor - 12/03/2019
0
For centuries, getting a job as a government bureaucrat has been the path to power and relative wealth in China. It also led, in...

human rights editor - 22/09/2018
0
Google has a misjudgment of China’s future in that it foresees a division of the internet with half to be controlled by Communist China.  Speaking...

hong kong editor - 20/11/2020
1
Communist China has rejected criticism by the Five Eyes alliance of its Hong Kong crackdown on democracy, saying it “should face up to the...

News editor - 05/11/2019
0
Chinese President Xi Jinping has announced the opening of the 2nd China International Import Expo and delivered a keynote speech this morning in Shanghai. I...

corruption editor - 03/05/2017
0
A group of journalists at US ­government-funded broadcaster Voice of America (VOA) had been suspended after they were ­involved in an interview with ­Chinese...

Money editor - 07/12/2019
0
President Donald Trump has called for the World Bank to stop lending money to China, a day after the institution adopted an annual loan...

Society editor - 24/11/2020
0
-- China has achieved the feat of removing all remaining counties from the country's poverty list. -- Delisting all poverty-stricken counties indicates China has resolved...

China needs a “Cultural Movement” to help take down the CCP

How Will China Select Its New Leaders At Its Communist Party Congress?

Politics editor - 17/10/2017
0
Preparations for a major shakeup of China's Communist Party leadership are all but complete, ahead of a national congress that begins in Beijing on...