Heaven McGeehan awoke one morning to find an unexpected package from China delivered to her Pennsylvania home. It was a small epacket — a special subsidized shipping option that the USPS offers Chinese merchants, effectively enabling them to ship a parcel from China to the U.S. for less than it costs to send that same parcel domestically — and when she opened it she found a small handful of black hair ties with cheap plastic hearts that had the word “Phoenix” emblazoned upon them.

She was bewildered. The package was clearly addressed to her — her name was correct and so was her address — but she wasn’t the one who placed the order and had no idea why someone in China would send it to her.

“I receive at least one a day, sometimes multiple,” she explained.

She then sent me a photo of the haul that came in while she was away on a recent 7-day vacation.

Now that the intrigue is gone, McGeehan says that she just throws her “gifts” from China in the trash — where they probably belong.

But why are people in China sending some random woman in Pennsylvania free hair ties? Why would anyone put in the time, money, and effort to send a stranger on the other side of the world free stuff?

It’s called brushing, and even in China it’s illegal.

Chinese agents shipping ridiculous amounts of hair ties to McGeehan is merely an unscrupulous way for them to fraudulently boost sales and obtain positive feedback for their clients’ products on e-commerce sites.

Basically, a “brushing” firm somehow got hold of McGeehan’s name and address — she imagines this happened from placing legitimate orders on AliExpress, the international wing of China’s Alibaba — and then created user profiles for “her” on the e-commerce sites that they wish to have higher sales ratings and favorable reviews on. They then shop for orders via the fake account, compare prices, and mimic everything an actual customer would do, before finally making a purchase from their client’s store. When delivery is confirmed, they then leave positive reviews that appear to the e-commerce platform as “verified.” 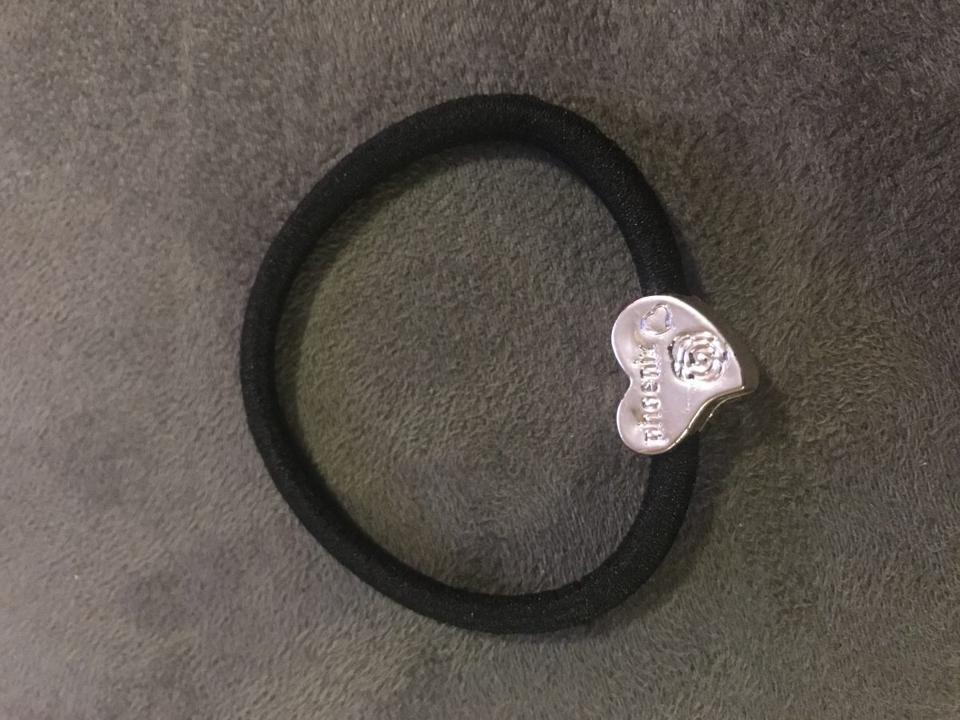 Heaven McGeehan, An example of what Americans are being sent by Chinese “brushers.”

The hair ties that McGeehan receives are more than likely not the actual items the Chinese brushers are leaving reviews for. Basically, they are low cost stand-ins for the real products. It doesn’t really matter what is shipped in the packages in this case, as the person receiving it has nothing to do with the exchange. But at least McGeehan is actually receiving packages that contain something. I’ve also been receiving reports from unsuspecting and often confused people in the U.S. whose mailboxes are being filled with parcels from China which contain nothing.

Due to the unbalanced pricing policies of the United Postal Union and subsidies from the U.S. Postal Service, it costs people in China virtually nothing to ship small packages to the U.S. That, combined with the super cheap price they pay for the junk they ship, makes brushing a quick and cost effective way to move up the sales rankings — which means everything for e-commerce merchants.

On most major e-commerce platforms there are algorithms which rank and order sellers in relation to how many sales they make, how much positive feedback they receive, etc. There is a reason why some sellers appear on the first page of results while others are buried at the bottom where nobody is going to find them. Buyers, too, want to purchase from companies with the best reputations and the most experience, so competition for the top listings for popular products is fierce, and brushing is a way that some sellers are gaming the system. 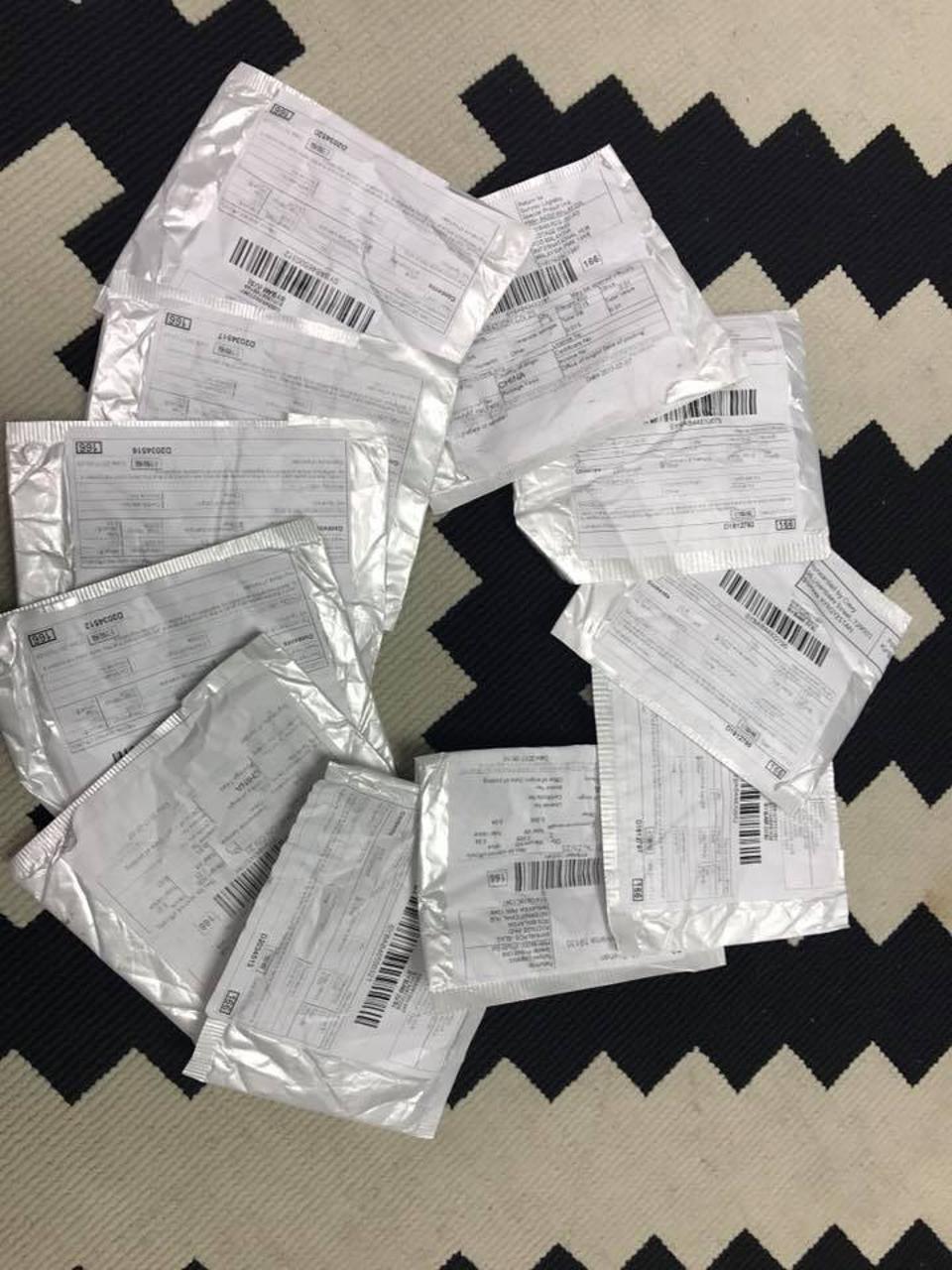 The unordered items that Chinese brushers are sending to Americans.

Brushing actually works. In 2015, a team of researchers from the College of William and Mary tracked the sales of 4,109 sellers using brushing methods on Taobao and discovered that they were able to raise their rankings up to 10 times faster than they could via legitimate means. They also found that it was a relatively low risk tactic, as just 89 — or 2.2% — of the accounts they monitored were penalized.

There are various forms of brushing in China. Some involve bots, some consist of hiring people to buy products and leave reviews, some derive from hacking otherwise legitimate accounts, while others are, apparently, built upon using the identities of real people located in foreign countries and shipping them piles of unwanted mail. 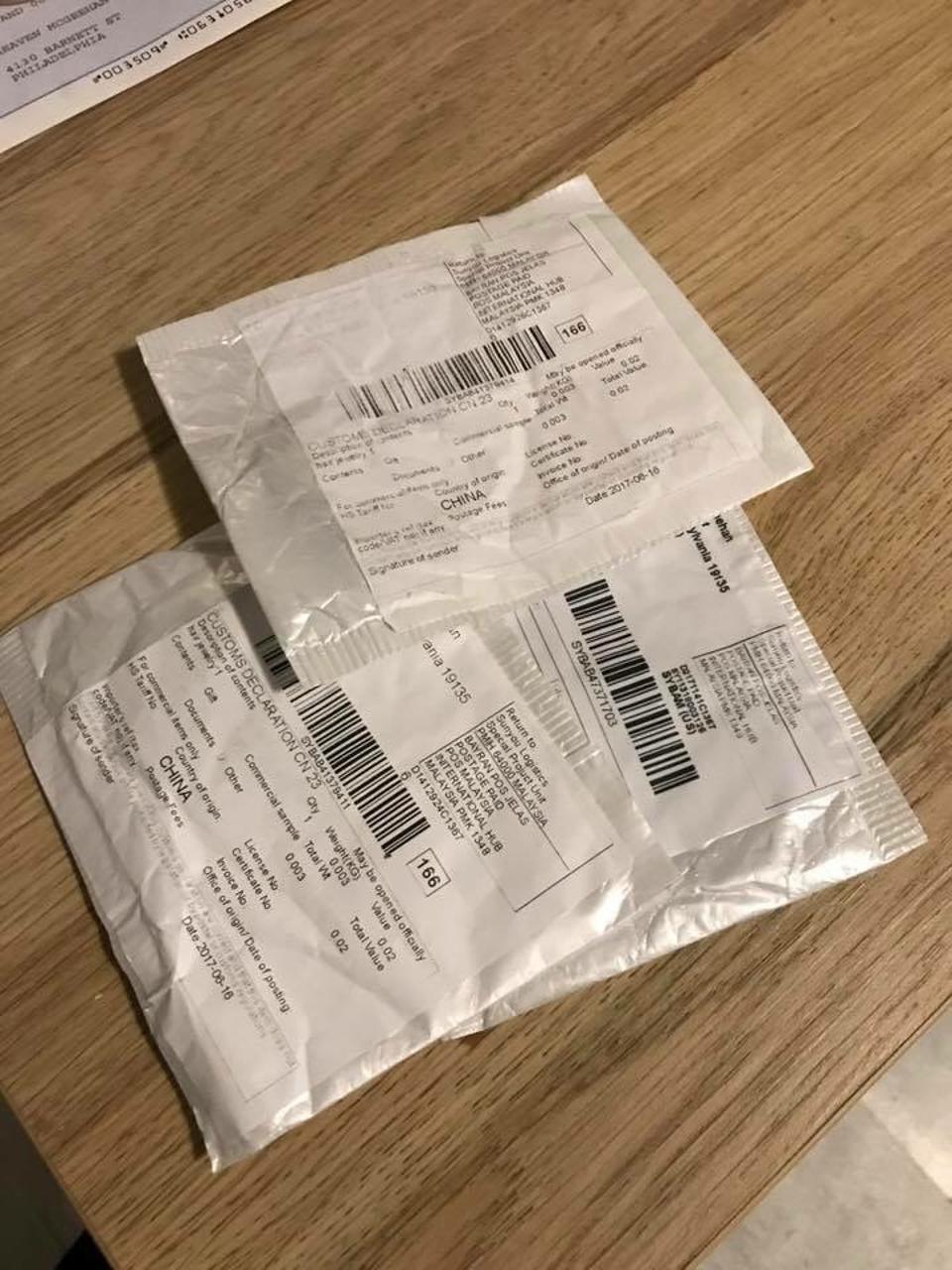 These are the unordered packages that Heaven McGeehan receives on an almost daily basis.

While brushing is illegal in China — and probably constitutes false advertising and mail fraud in the U.S. — in the case of McGeehan, the infringement is happening across international frontiers, which means that the offenders can operate with complete impunity.

In a world where goods can virtually be sent anywhere more or less freely, borders have become major loopholes for criminals to violate the laws of whatever country they are shipping goods to. For the most part, if the seller of a product is on the other side of an international line than the buyer then no rules, regulations, or laws apply; IP, consumer safety, and postal laws become moot, as the country where the offense originates is beyond the legal reach of the parties seeking retribution. Cross-border e-commerce has become the new “Wild West,” a place where anything goes — even sending random women on the other side of the world piles of unwanted hair ties.

World editor - 25/08/2017
0
A Chinese naval formation consisting of the destroyer Changchun, guided-missile frigate Jingzhou and supply vessel Chaohu conducted the drill in the waters of the...

Society editor - 06/10/2017
0
A woman in southern China went blind in one eye after playing a controversial mobile phone game for a whole week. The 21-year-old woman suddenly...

Business editor - 13/04/2017
0
President Donald Trump said he won’t brand China a currency manipulator, retreating from a core campaign promise, though he argued that a strong dollar...

Politics editor - 05/05/2018
0
The 200th anniversary of Karl Marx's birth has been marked with the unveiling of a statue in the city where he was born. The celebrations...

Business editor - 24/10/2019
0
Disney CEO Robert Iger refused on Tuesday to speak about the pro-democracy protests roiling Hong Kong because doing so might imperil his business interests. “To...

Why Apple’s red iPhones are not ‘Red’ in China

hong kong editor - 03/07/2019
0
The UK foreign secretary, Jeremy Hunt, has stressed “UK support for Hong Kong and its freedoms” as protesters broke into the territory’s legislative chamber on the...

The U.S. Embassy and Consulates in China issued a statement announcing the beginning of...

US china editor - 09/11/2020
0
On Nov. 9, the U.S. Embassy and Consulates in Beijing tweeted that the U.S. urges partner countries to resist China’s foreign intervention: The Chinese...

World editor - 19/01/2018
0
The Pentagon now sees China and Russia as "the central challenge" facing the US military, according to the unclassified pages of the Trump administration's...

Society editor - 13/02/2017
0
Authorities in China's third-largest city warned that about 30 percent of its live poultry markets were contaminated with the H7N9 avian flu virus, as...

US warns China of no talk or deal at the G20s if no detailed...

Business editor - 07/07/2017
0
The embattled internet tycoon behind struggling Chinese tech company LeEco has resigned from all his positions at the company’s publicly traded arm, the latest...

Guo Wengui editor - 09/06/2017
0
Three top managers are facing charges of obtaining a loan by deception from Agricultural Bank of China. Three executives of the flagship company of fugitive...

News editor - 08/03/2019
0
China’s state broadcaster is recalling the head of its American arm and more than a dozen other employees back to China in a leadership...

Politics editor - 24/11/2018
0
Armed separatists have stormed the Chinese Consulate in Pakistan's southern port city of Karachi, triggering an intense hour-long shootout during which seven were killed. Among...