As the audience tittered at the premise, the admiral smiled and said, “So far, these were yes and no answers.”

“The answer would be yes,” Swift went on. “Every member of the U.S. military has sworn an oath to defend the constitution of the United States against all enemies foreign and domestic and to obey the officers and the president of the United States as the commander in chief appointed over us.” 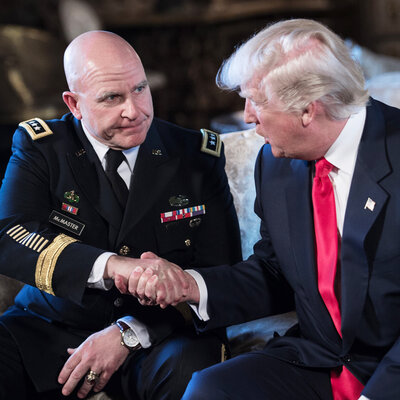 100 Days In, Trump’s Generals Seen As A Moderating Force

“This is core to American democracy and any time you have a military that is moving away from a focus and an allegiance to civilian control, then we really have significant problems,” Swift added.

While the admiral’s affirmative response to that nuclear scenario might sound like cause for alarm, a spokesman for the Pacific Fleet said the premise of the question was “ridiculous.”

“It was posed as an outrageous hypothetical, but the admiral simply took it as an opportunity to say the fact is that we have civilian control of the military and we abide by that principle,” Pacific Fleet spokesman Capt. Charlie Brown told Reuters.

“Admiral Swift answered the question the only way a serving military officer could,” Rory Medcalf, who heads the National Security College and hosted the talk, told The New York Times. “It would have been a lot more controversial if he had said, no, he would not obey the commander in chief.”

China does have nuclear weapons, though its arsenal is smaller than what the U.S. or Russia maintains. The Times reports that the country “has long said that it would not use nuclear weapons against a nation that did not have them or in a first strike against a nuclear-armed adversary. But there have been occasional calls to change that ‘no first use’ policy.” 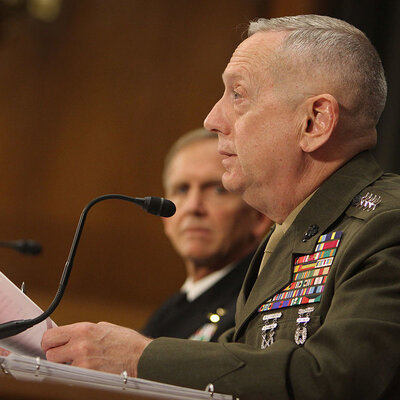 Worries about a loss of civilian control arose in Decemberwhen President-elect Trump announced retired Marine Gen. James Mattis as his pick for defense secretary. It was rare to choose a retired general for the post, and he had only been out of uniform for three years, instead of the required seven, which meant Mattis needed a waiver to take the job.

While there has been some increased military action since Trump has taken office, “Pentagon officials and defense analysts also say that the generals — particularly Mattis and [national security adviser H.R.] McMaster — have moderated Trump on a number of issues, pushing the president away from the use of torture, getting him to embrace NATO and making their case that Russia is a threat,” NPR’s Tom Bowman has reported.

Lifestyle editor - 22/04/2017
0
E-payment method has been growing dramatically in China, changing Chinese people's life and coming out with tourists to other countries, such as Thailand. Thailand has...

Politics editor - 06/11/2017
0
China has learnt from history and will not allow a Mao Zedong-style cult of personality to form around President Xi Jinping, one of the...

Pollution editor - 24/10/2017
0
China has implemented an unprecedented pollution crackdown in recent months as the country shuts down tens of thousands of factories. The effort is part...

World editor - 04/04/2019
0
Perhaps the greatest challenge NATO will face in the coming decades is how we must all adjust to the rise of the People’s Republic...

Society editor - 31/07/2017
0
For decades, China has sought to expand its "soft power," or the ability to extend influence through non-military means. It spends some $10 billion...

Society editor - 15/06/2017
0
An explosion at a kindergarten in eastern China has killed at least eight people and wounded dozens of others as parents came to collect...

Art & Entertainment editor - 27/08/2017
0
After a long six weeks during which the Chinese market was cordoned off from imports, this was the frame that marked the return of...

Analyst Raises Scenario of a China Takeover of North Korea

World editor - 07/10/2017
0
A longtime editor of a magazine that specializes in global power politics recently put forth a scenario where China would stage a takeover of North...

News editor - 25/09/2019
0
The White House says, President Trump has stood up to China’s unfair trade policies and is working to restore balance to our trade relationship...

Miles Kwok tells about his mother and his family stories

Guo Wengui editor - 04/04/2019
0
Do you know how my religious belief starts? -From my family, my mother, deep into my bones and blood. I traveled overseas when I was...

The U.S. Urges China to Disclose the Death Toll From the Tiananmen Square Crackdown

Politics editor - 04/06/2018
0
U.S. Secretary of State Mike Pompeo has urged China to disclose the details of people killed, detained or missing during the Chinese military’s crackdown...