Fifty student activists have gone missing in southern China after police raided an apartment where they had been mobilising support for factory workers demanding union rights.

Labour activists who were in touch with the group said the raid took place at 5am on Friday in Huizhou, near Shenzhen, in Guangdong province. Activists said they were not able to contact or locate those who had been detained. Video footage of the raid showed police in riot gear storming an apartment and scuffling with occupants.

The group, made up 50 students and five workers, is part of a small but growing labour rights coalition in China’s manufacturing region where independent labour unions are barred and activism is seen as a threat.

Last month, workers and their supporters staged protests at an industrial welding equipment factory in Shenzhen, Jasic Technology, in response to the firing of employees who had attempted to form an independent trade union. All unions in China must register with the All-China Federation of Trade Unions, a government-affiliated group that usually sides with factory management.

The protests gained the support of Chinese university students who posted letters of support online, while others travelled to Shenzhen. The group of supporters has expanded to include retired party officials and Maoist groups. As of the end of July, 30 people had been arrested, according to Amnesty International. 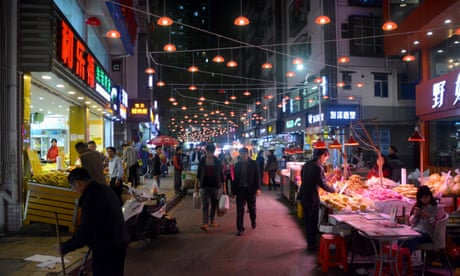 Hundreds of thousands displaced as Shenzhen ‘upgrades’ its urban villages

Earlier this month about 50 students protested outside a police station in Shenzhen where workers and their supporters had been detained, according to China Labour Bulletin, a labour rights group in Hong Kong.

The group said two workers representatives and a student who had been advocating for the Jasic case had also disappeared.

On Thursday the group in Huizhou posted a video explaining their support for the workers. Standing in a group, wearing matching T-shirts, one said: “The reason the Jasic case has gotten so big is because [the authorities] refuse to deal with the problems themselves and insist instead on dealing with those who raise the problems.”

By Lily Kuo
The Guardian

Unsurvivable heatwaves could strike heart of China by end of century

Society editor - 31/07/2018
0
The most populous region of the biggest polluter on Earth – China’s northern plain – will become uninhabitable in places if climate change is...

Business editor - 20/07/2017
0
The brief honeymoon between the world’s two largest economies appears to be over. Three months ago, President Donald Trump had warm words for his Chinese...

World editor - 15/04/2017
0
NORTH Korea displayed its submarine-launched ballistic missiles (SLBM) for the first time on Saturday ahead of a massive military parade in the capital, Pyongyang. The...

China’s military says it is prepared to protect security in Hong Kong, as protests...

Military editor - 26/05/2020
0
China’s military is ready and able to “safeguard” Chinese sovereignty in Hong Kong, the commander of the city-based garrison has said, amid growing anger...

Society editor - 11/06/2017
0
A China Eastern flight from Sydney to Shanghai has been forced to turn around after engine failure caused a mid-air emergency. "The moment that we...

China and India may be on a path to war

World editor - 05/08/2017
0
In mid-June, a remote area called the Dolam plateau in the Himalayas where the boundaries of China, India and Bhutan meet made headlines when...

China will follow Iran and Russia with collapse of dictatorship

World editor - 16/01/2020
1
While angry Iranians are standing up and asserting their rights and expressing their aspirations for a better government, the Russian Prime Minister and his...

President Xi Jinping may have won at Osaka G20

Lifestyle editor - 03/07/2017
0
To the rest of China, the remote, landlocked region known as Guizhou province has been a wild and rugged backwater, for all but the...

Politics editor - 30/11/2018
0
Washington veteran Michael Pillsbury has quietly become a key figure behind Trump's confrontational China policy, to the dismay of Beijing — and some fellow...